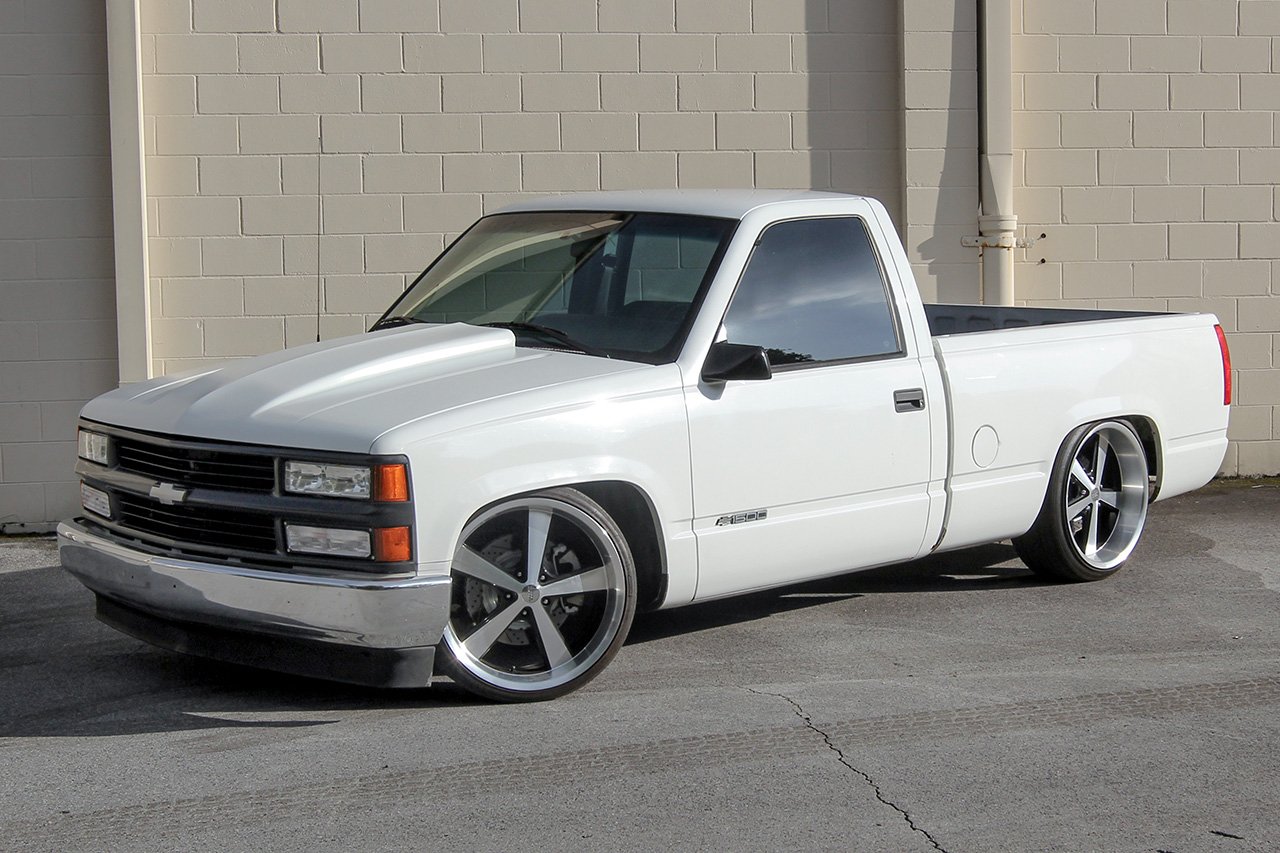 As time passes, vehicles that were once seen as ordinary often develop a greater appreciation among enthusiasts. Back in the late 1950s, the "Tri Five" Chevy was just another car you could buy at the dealership, and it took a while for it to be fully embraced as a timeless classic. The same has happened to each generation of Chevy/GMC trucks. The affordable '88-'98 Chevy C/K series, also known as the GMT400, is currently seeing a surge in interest from restorers and resto-modders, just as the '73-'87 "Square Body" did before it. Street Trucks magazine recently completed this cool 1995 Chevy C1500 project, which incorporates restoration parts from Classic Industries. 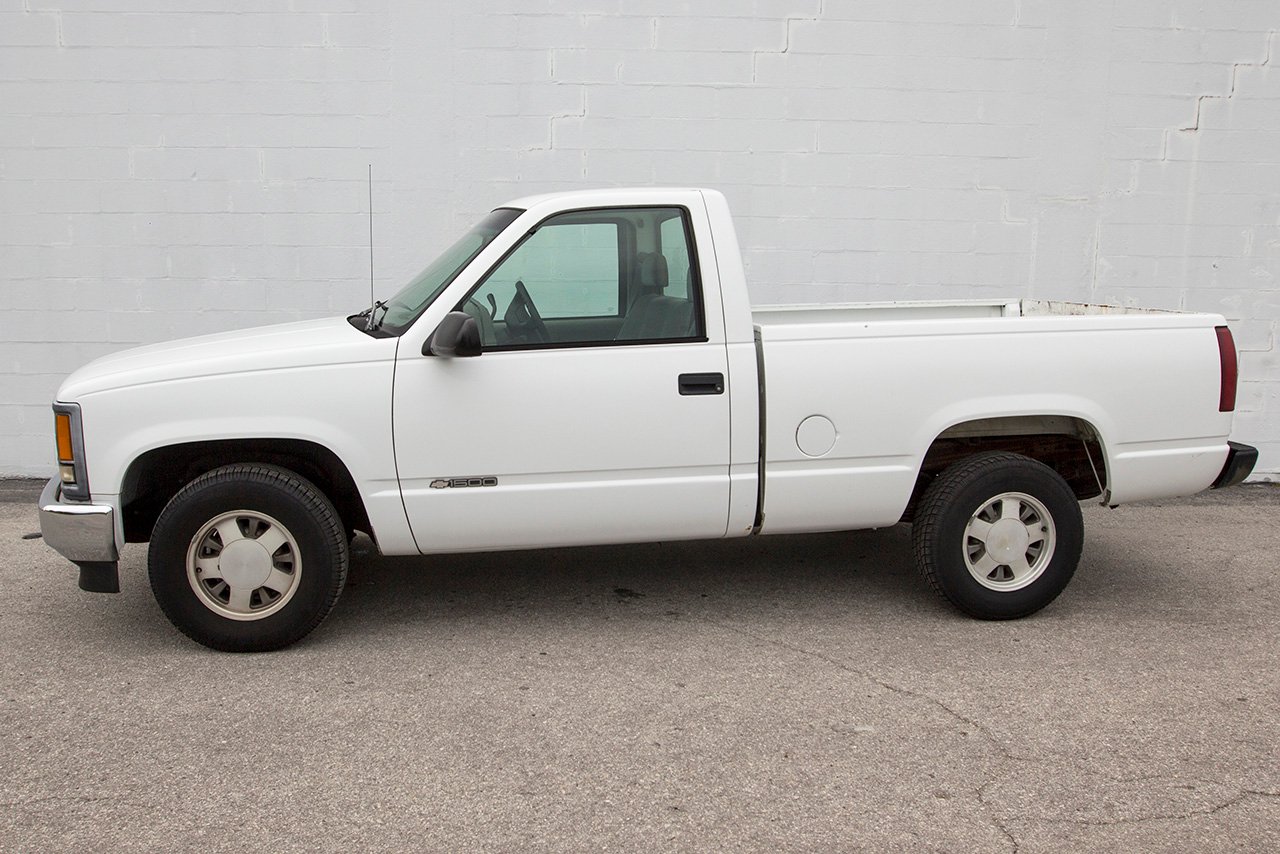 In this photo, you can see the starting point for the Street Trucks project, which they dubbed "Project Stella." This 4.3L V6-powered, running and driving 1995 C1500 was purchased from the original owner for only $2,000.

The interior was in surprisingly good shape for its age, but there were still many parts that showed signs of wear and tear. The headliner and sun visors were among them. Also, the gray upholstery, dash, and door panels gave it a plain-Jane work-truck feel (that's exactly what it was, after all). 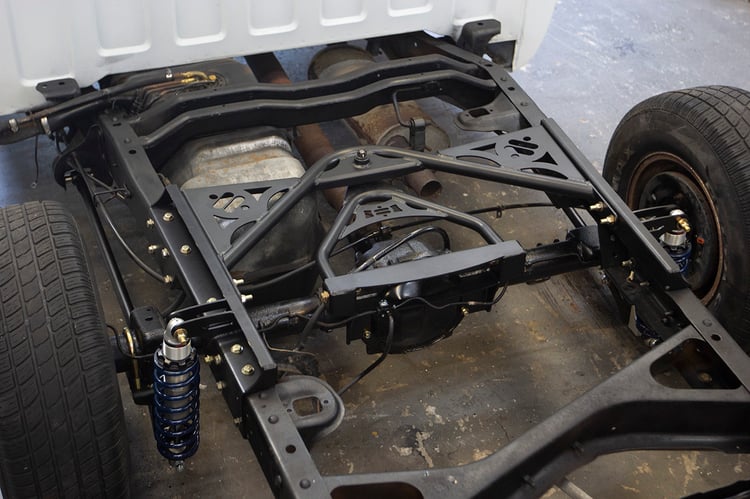 One of the first steps for this project was to clean and refinish the frame in preparation for some suspension upgrades. After a thorough pressure-washing, Dallas Maynard from Full Pen Fabrication installed a bolt-on C-notch, bolt-on wishbone, and HQ Series coilovers from Ridetech. The front also received Ridetech coilovers, control arms, drop spindles, and a performance sway bar.

Next, the anemic old 4.3L V6 and automatic transmission were removed. The Street Trucks crew decided to swap in a vastly more powerful BluePrint Engines 383ci stroker V8 paired with a manual transmission from American Powertrain.

In the video above, you can see how Street Trucks installed the new black grille, headlamps, and turn lamps that replaced this truck's original base-model front end. These reproduction parts were sourced from the Classic Industries catalog.

Next, the bench seat was removed, and the C1500's interior was stripped down to the bare cab floor in preparation for some upgrades. The sagging headliner and falling-apart sun visors were also removed and thrown out.

Street Trucks sourced a new headliner and visors from Classic Industries for this project, among many other interior and exterior items. 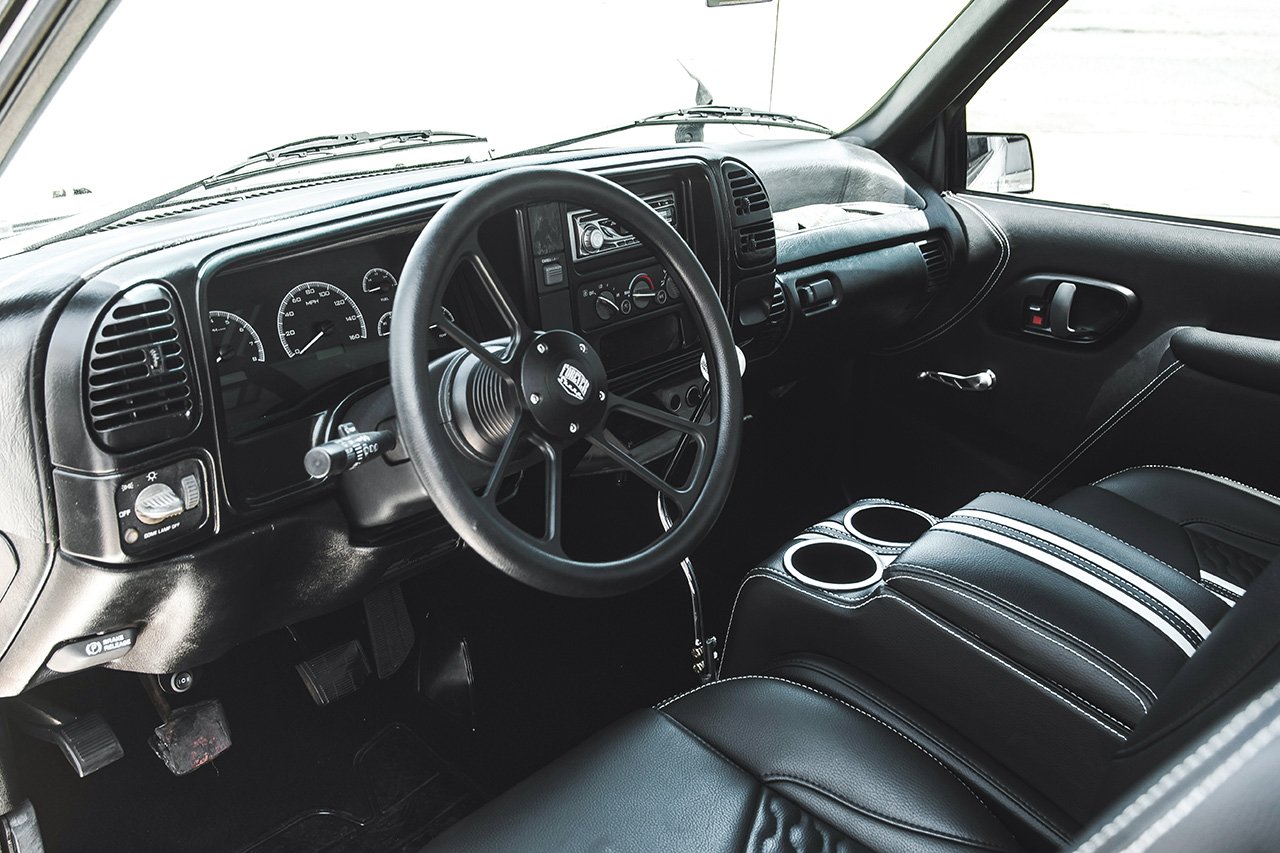 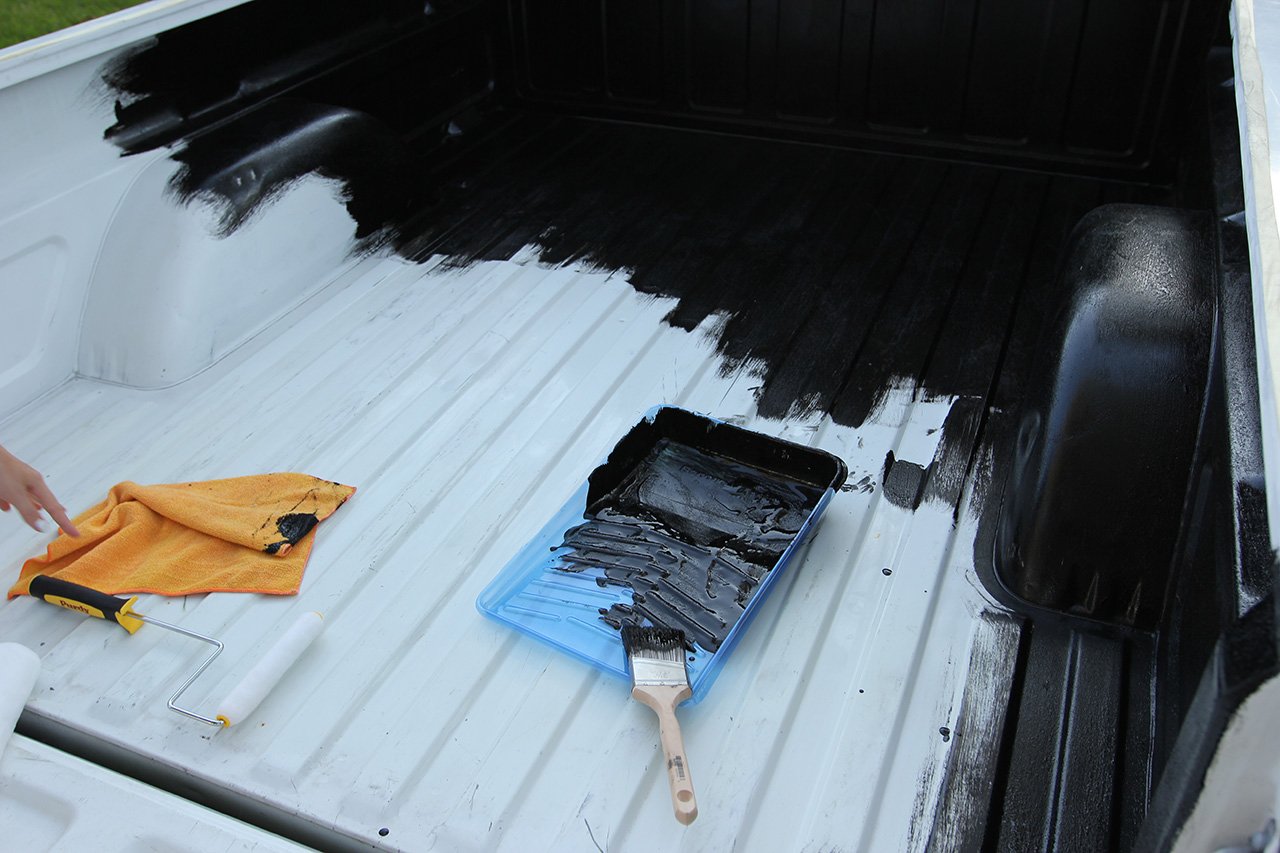 As a finishing touch, the bed was finished in DIY brush-on bedliner from KBS Products, making it easier to haul parts and gear without concerns about dents and scratches. 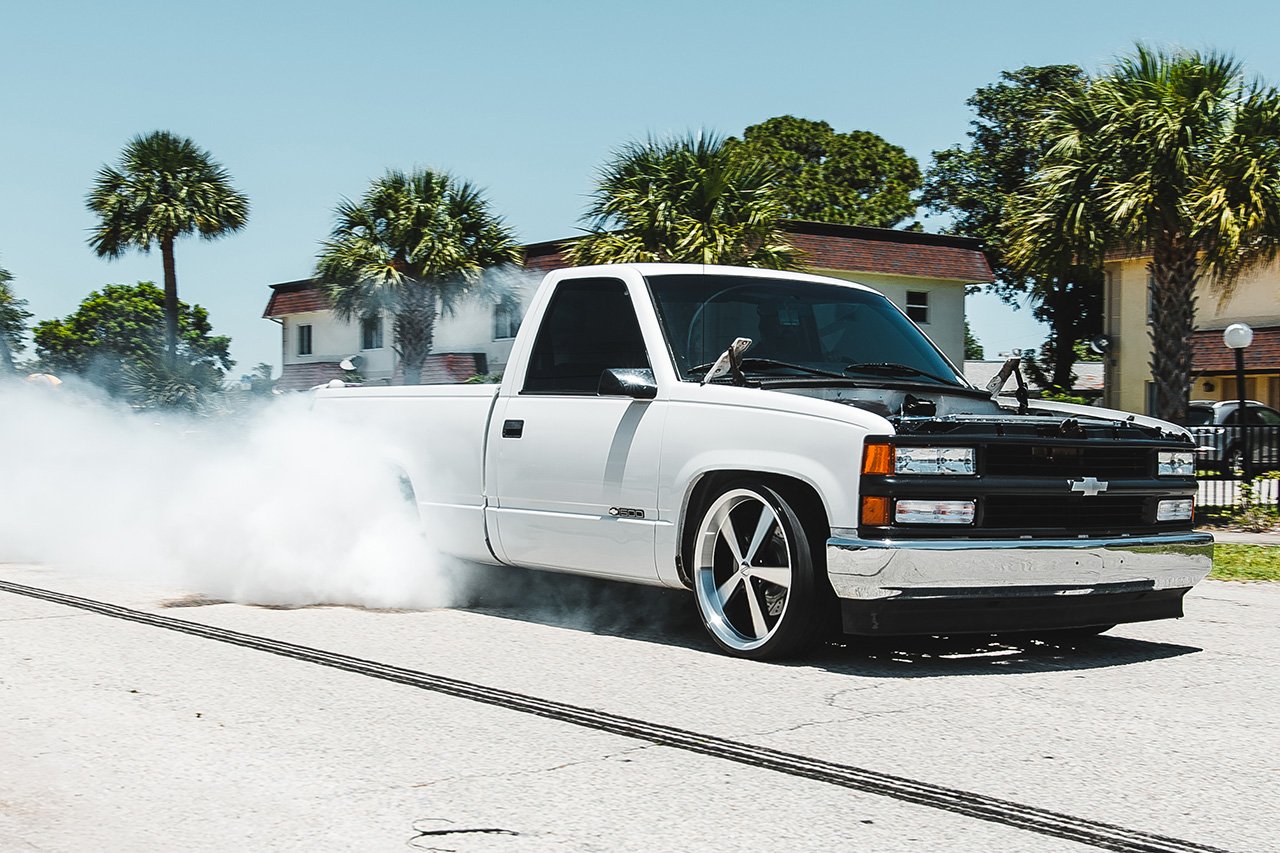 If you're working on a Chevy or GMC truck project of your own — whether it's from the late 1940s, early 2000s, or anything in between — Classic Industries can help you find the parts you need. Browse our selection of parts online or click the button below to get a free full-color GM truck parts catalog.