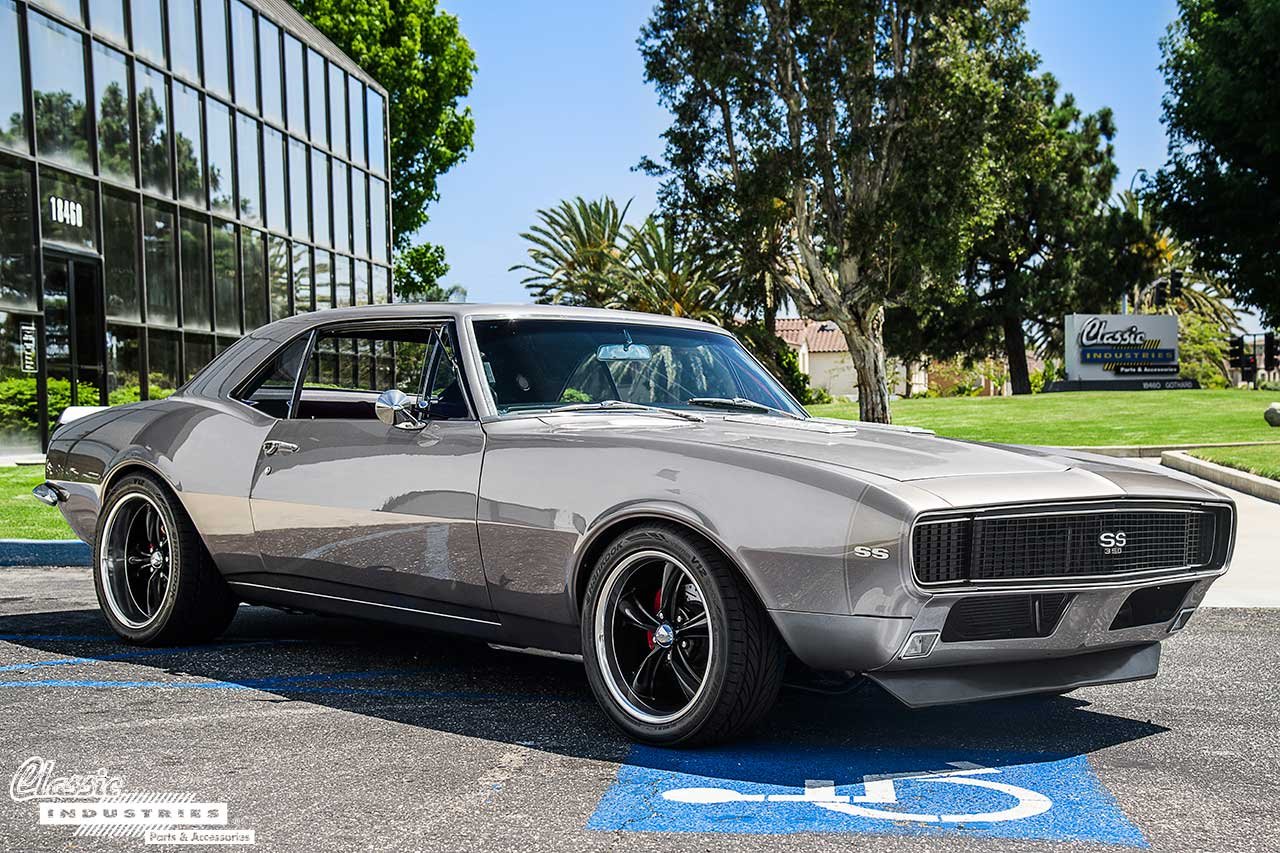 There are many who would say the 1967 Camaro was perfected the moment it rolled off the GM assembly line. We certainly appreciate this perspective, and have helped many purists restore their cars to exact factory specifications using original-style reproduction parts. On the other hand, some Camaro owners believe that perfection is achieved by blending the best elements of a classic with aftermarket performance parts and tasteful modern upgrades. These owners tend to favor the restomod build style. 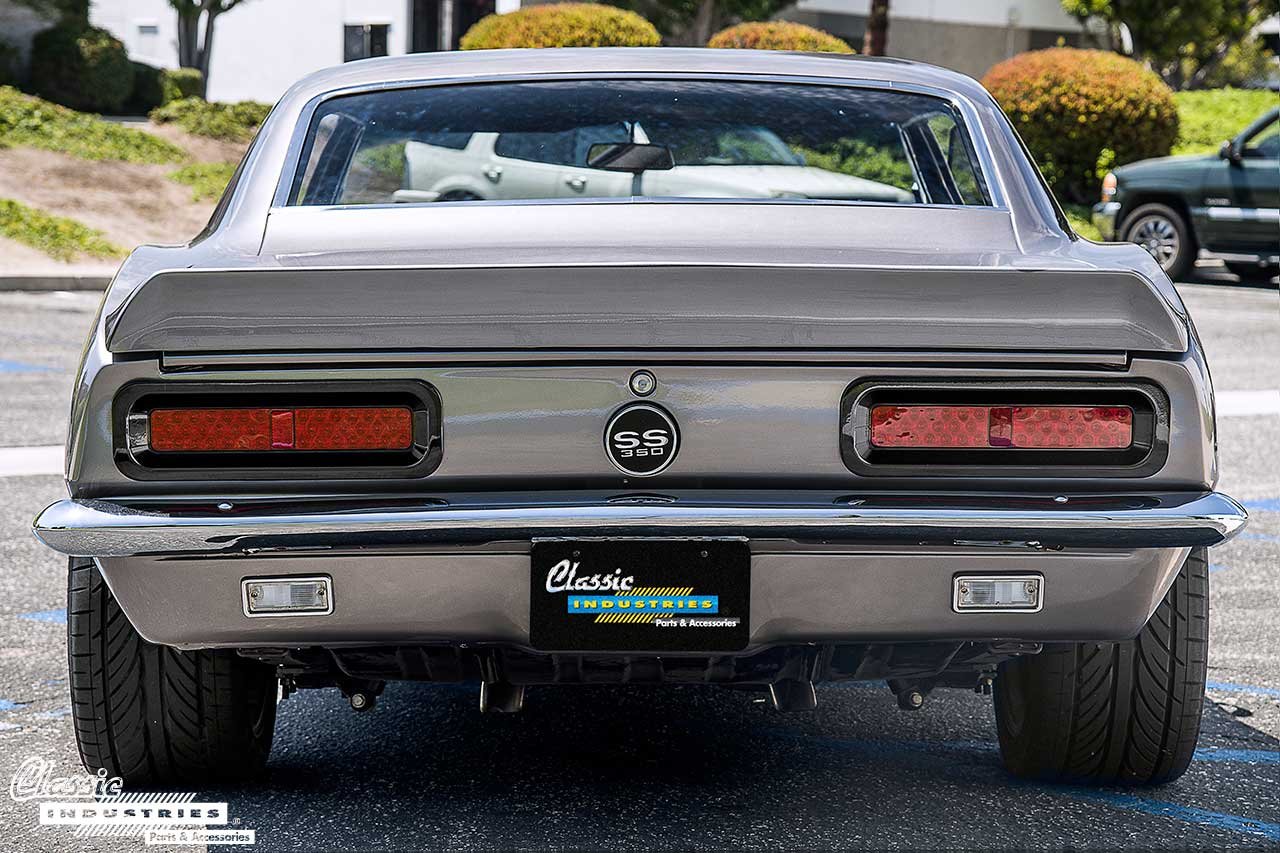 David Alwadish is the new owner of this restomodded '67 Camaro, having recently bought it through an auction at Bring a Trailer. The car was here in California, and David lives in New York, so he traveled cross-country to pick it up after winning the auction. Luckily for us, he also stopped by our Retail Showroom to pick up a Camaro catalog, and let us snap some photos of his cool new ride. 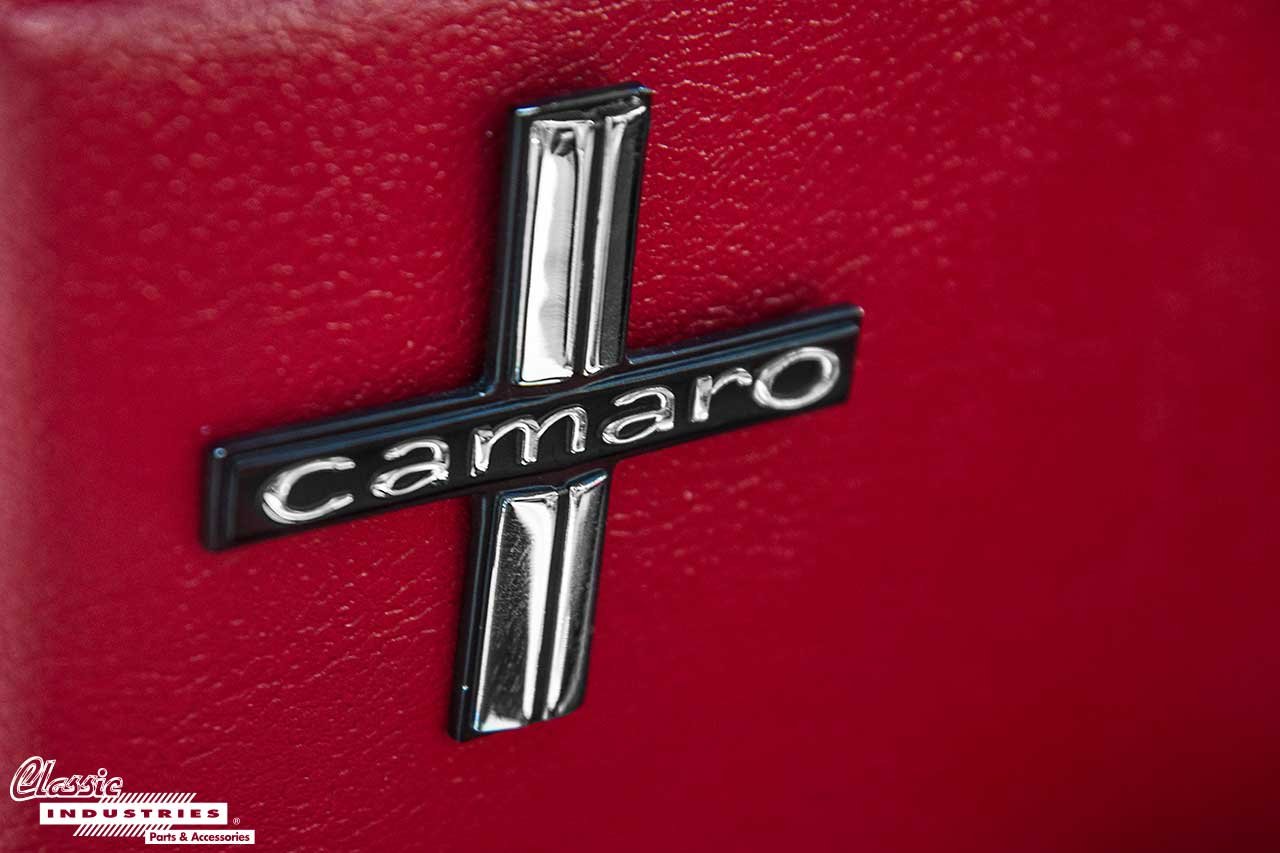 David told us that the restomodded '67 Camaro and its long list of upgrades instantly caught his attention. The car — an original SS/RS model according to the tag on its firewall — has been painted silver with a subtle charcoal nose strip. It features numerous subtle exterior mods, including billet door handles, shaved drip moldings, and LED tail lamps. 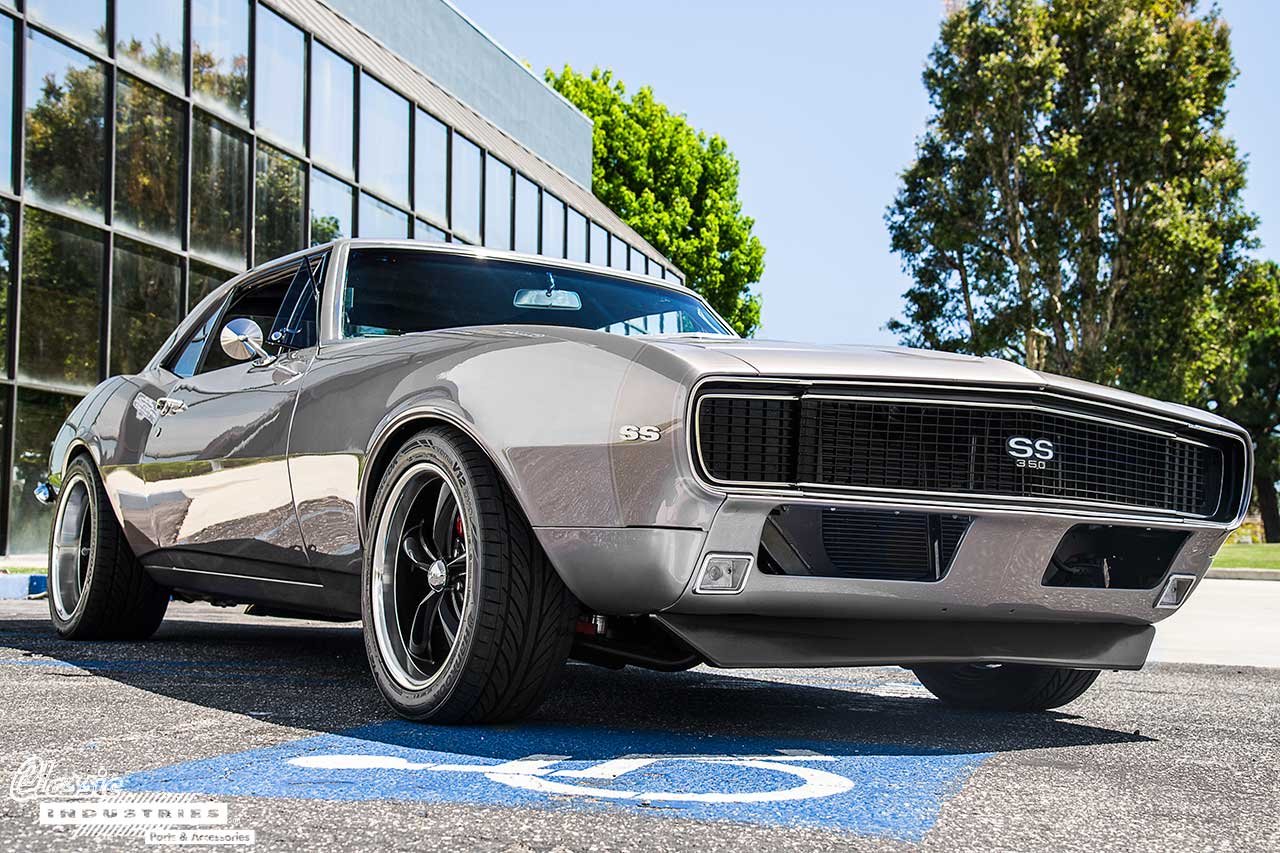 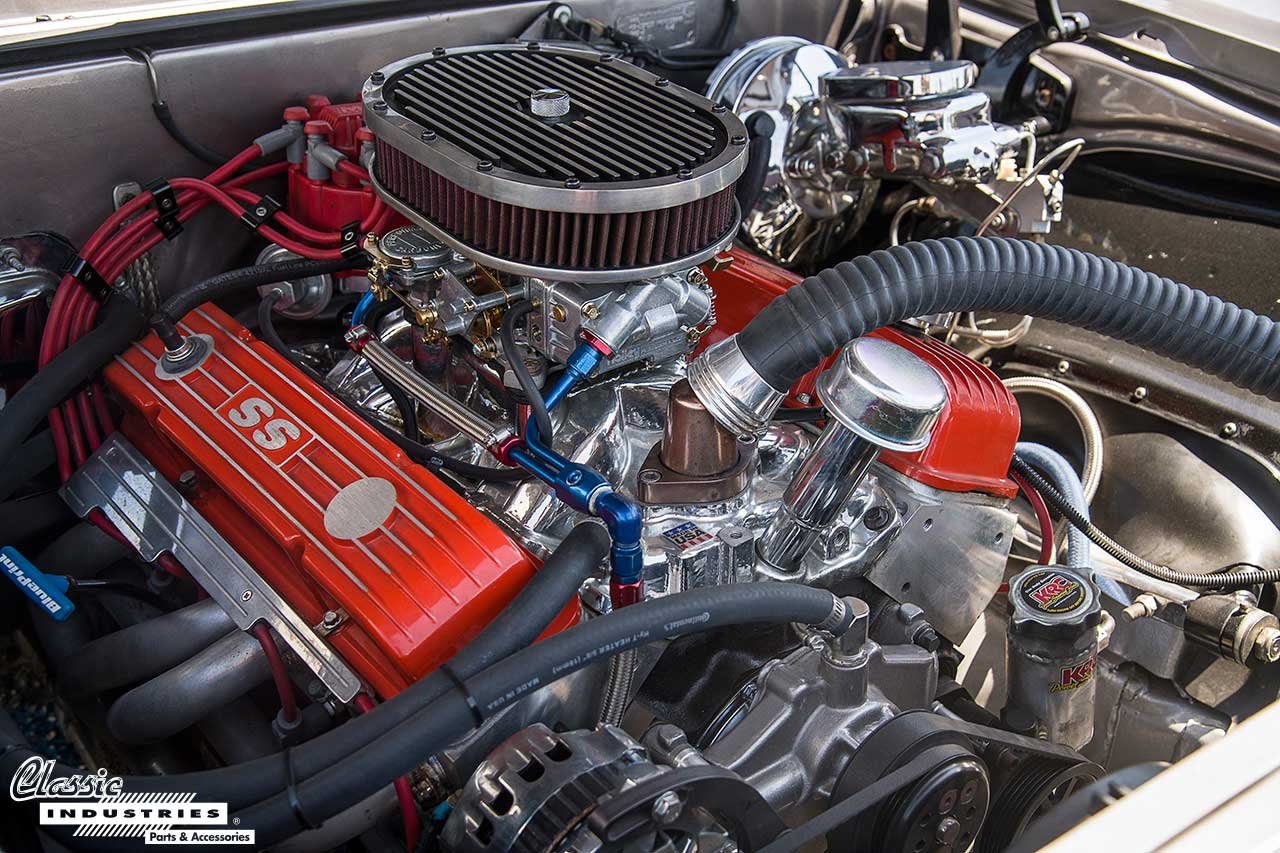 Under the hood, you'll find a 383ci stroker crate motor that has been comprehensively upgraded. It features a Holley carburetor, MSD ignition, ceramic-coated headers, a more aggressive cam, and an aluminum radiator with dual electric fans. The motor sends power through a Muncie 4-speed manual transmission to an Eaton limited-slip differential. 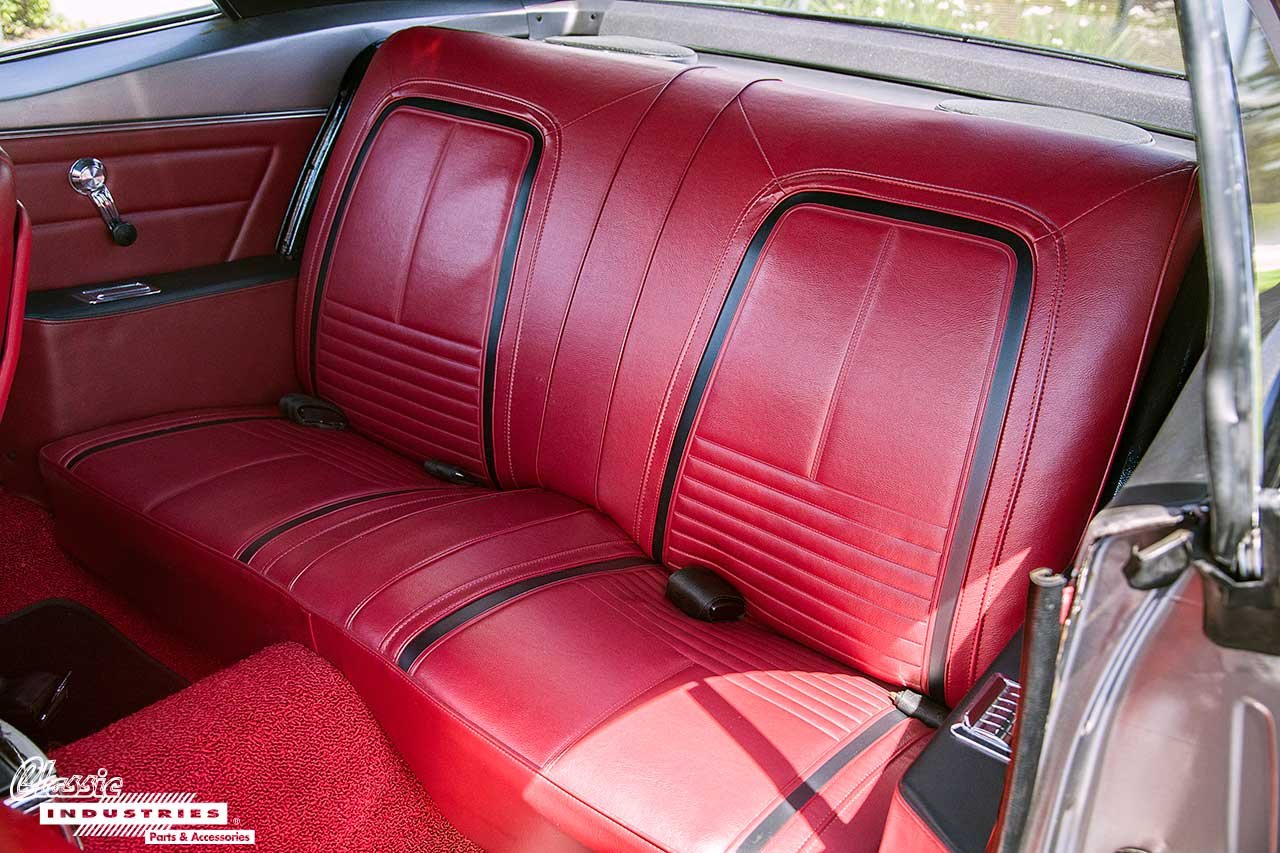 Just as much attention was paid to the interior of this Camaro as its exterior. It features red carpet and red leather seats with black accents. A Hurst shifter and column-mounted tachometer serve as nods to the performance emphasis of this build.

After returning home to New York, David sent us the following email: "I have been going through my copy of the Classic Industries Camaro catalog virtually non-stop since we met, and believe me what an endless task it is. There are sooo many goodies to buy I don't know where to start... I want to get a bunch of boxes delivered on my doorstep just like I see on some shows on the Motor Trend channel." It's safe to say that this modified Camaro will be getting a few more mods soon — we're looking forward to see how it turns out!

Whether you're restoring your car to original specifications or taking it to the next level with modern performance parts, Classic Industries can help you get the parts you need to build your dream. Click the button below to get your free full-color Camaro restoration parts catalog.