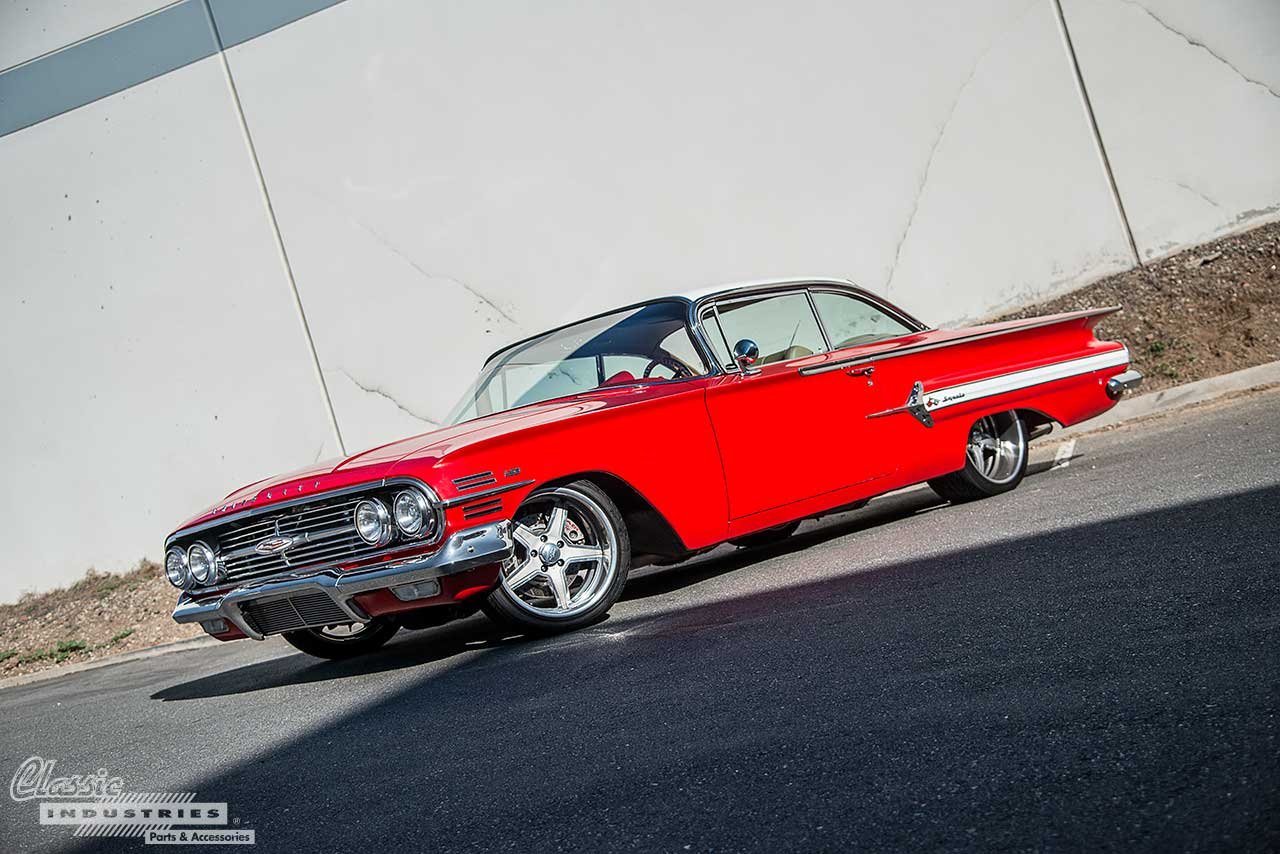 1960 was a unique year for the Chevy Impala. That year, it followed the aggressive aircraft-inspired look of the 1959 model but preceded the more subdued 1961 redesign. As a result, its styling falls somewhere in between the two. It retains the prominent "bat wing" rear fins, but pairs them with a sleeker front grille, and replaces the '59 model's large teardrop tail lamps with three conical lamps on each side. 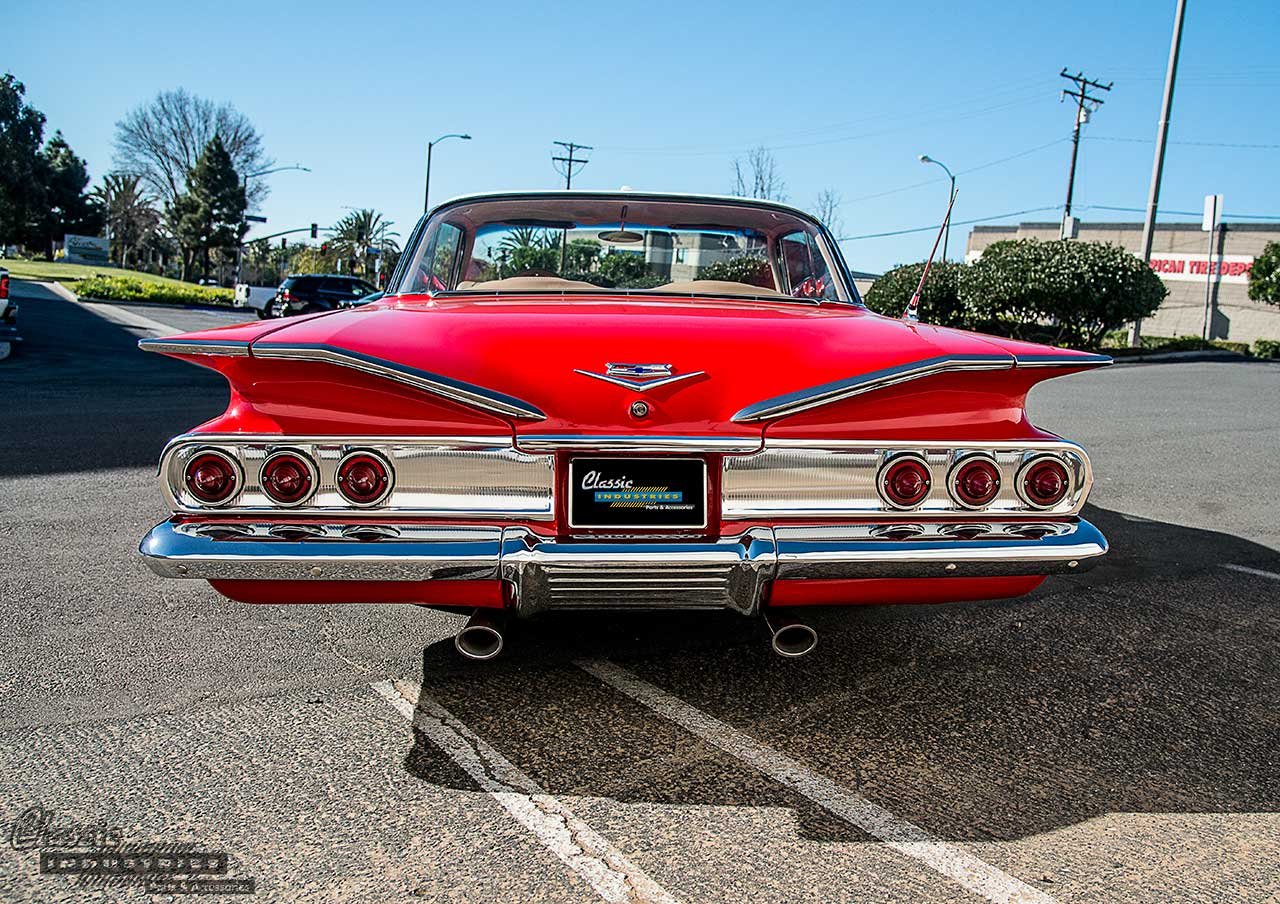 The 1960 Impala seen here belongs to Prince Herzog, of Huntington Beach, California. Herzog has had this car for about seven years, and it's part of an incredible stable of more than two dozen vehicles he owns. (His latest project is a '61 bubble top.) 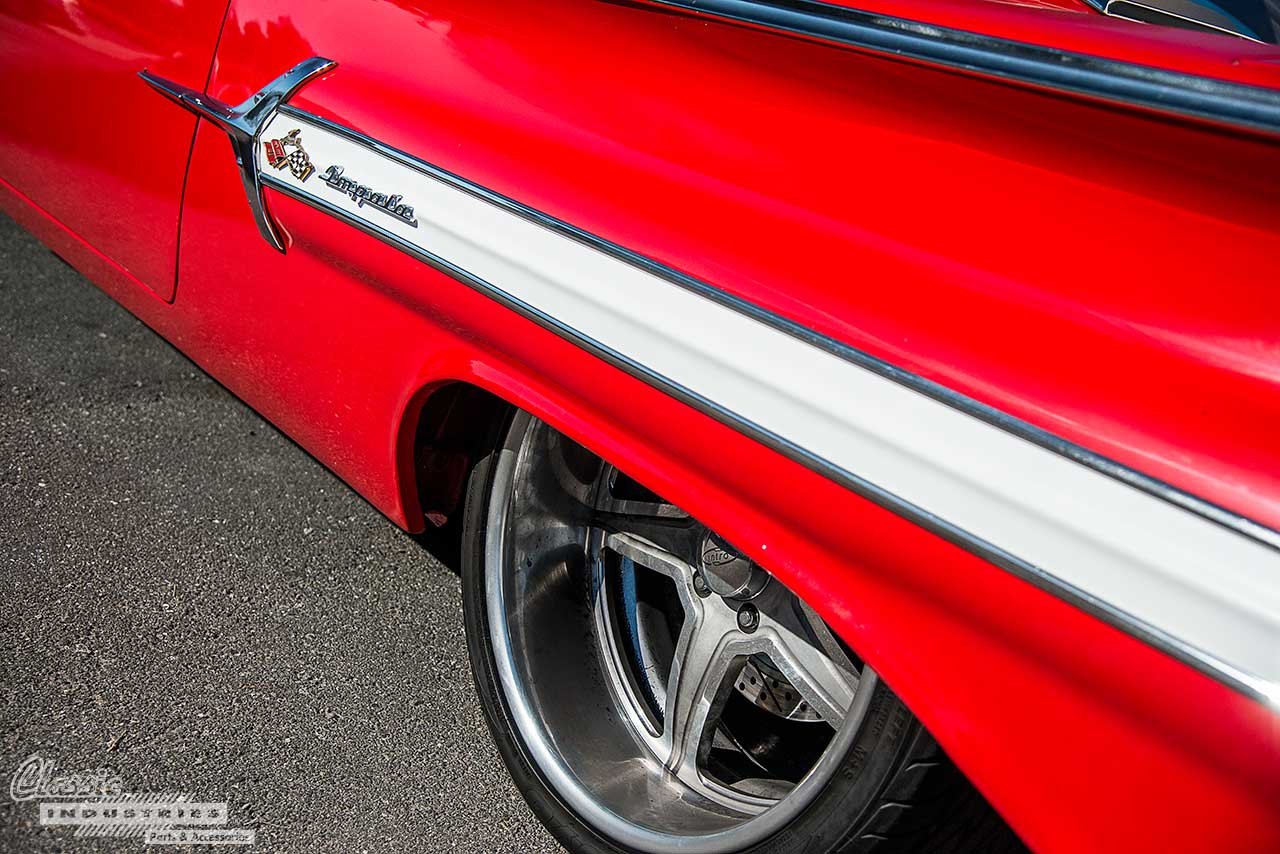 The Impala has been fully restored from the frame up, and also resto-modded to complement its classic appearance with modern style and performance. It rides on a lowered suspension with wide Intro billet wheels framing drilled and slotted disc brakes at all four corners. 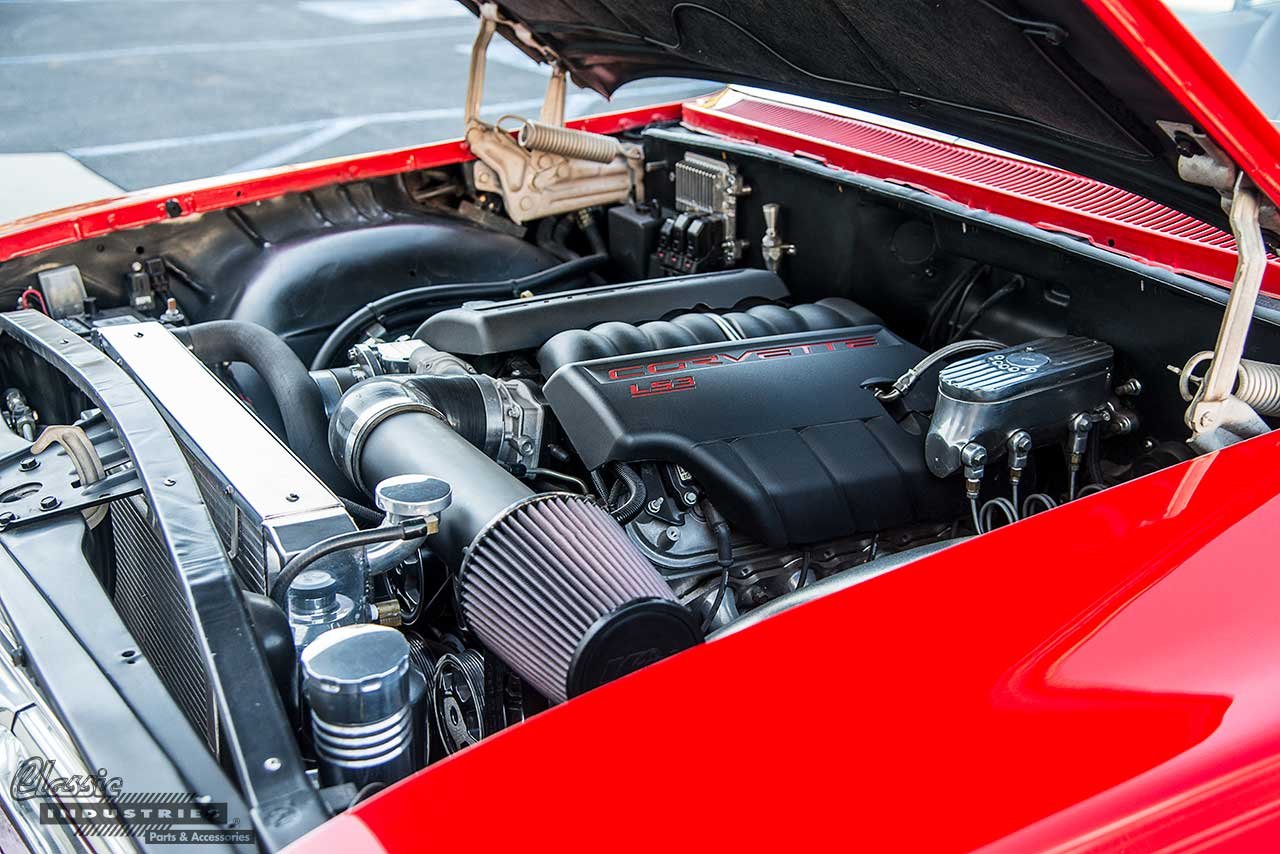 Herzog's Impala is powered by a modern fuel-injected V8, specifically an LS3 from a Corvette. It's paired with a 4L80E automatic transmission, aluminum radiator, free-flowing intake, and dual exhaust system. 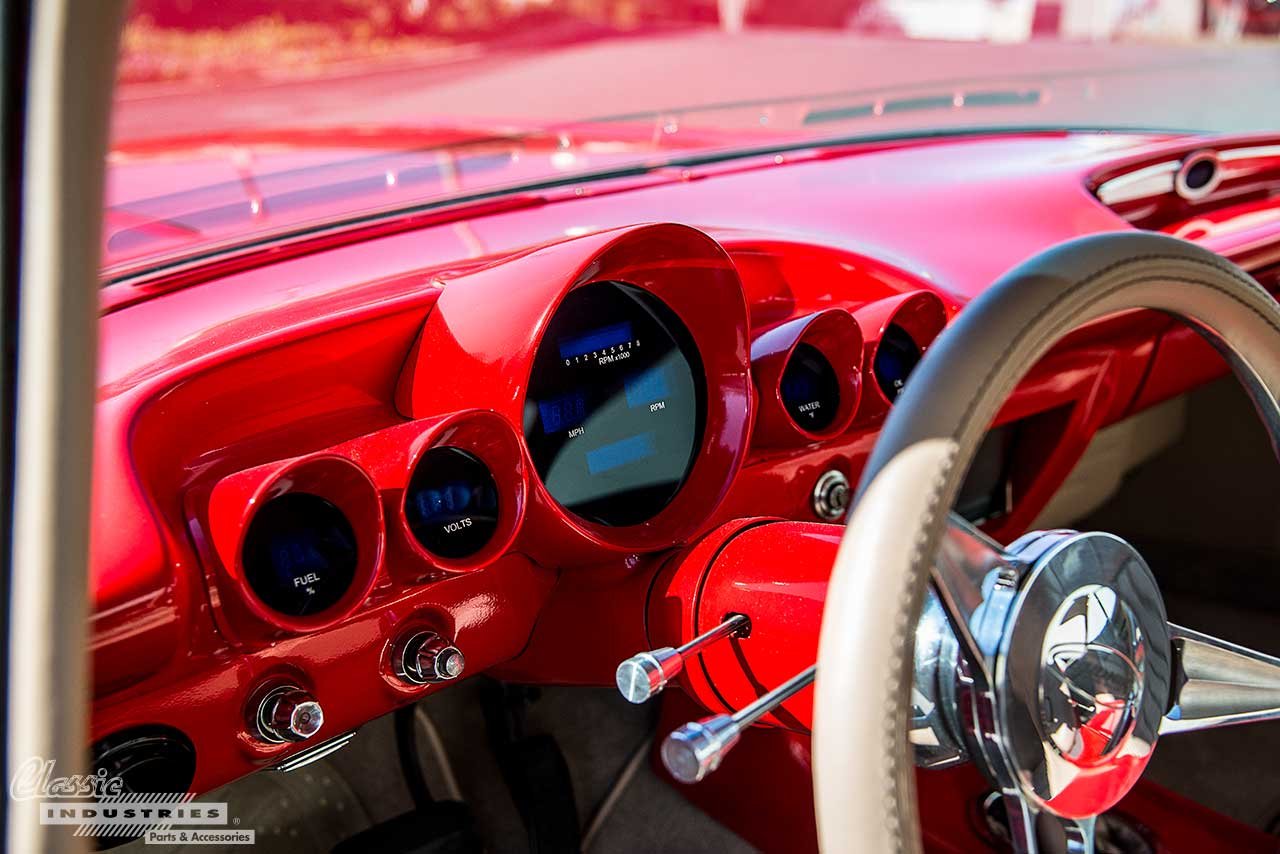 Inside the 1960 Impala, a Budnik billet steering wheel and Dakota Digital gauges add more modern flair alongside the restored upholstery, carpet, and dashboard. The car has also been fitted with a powerful stereo system, with a double-DIN head unit, Hifonics amplifiers, and dual subwoofers. The latter items are displayed prominently in the trunk. 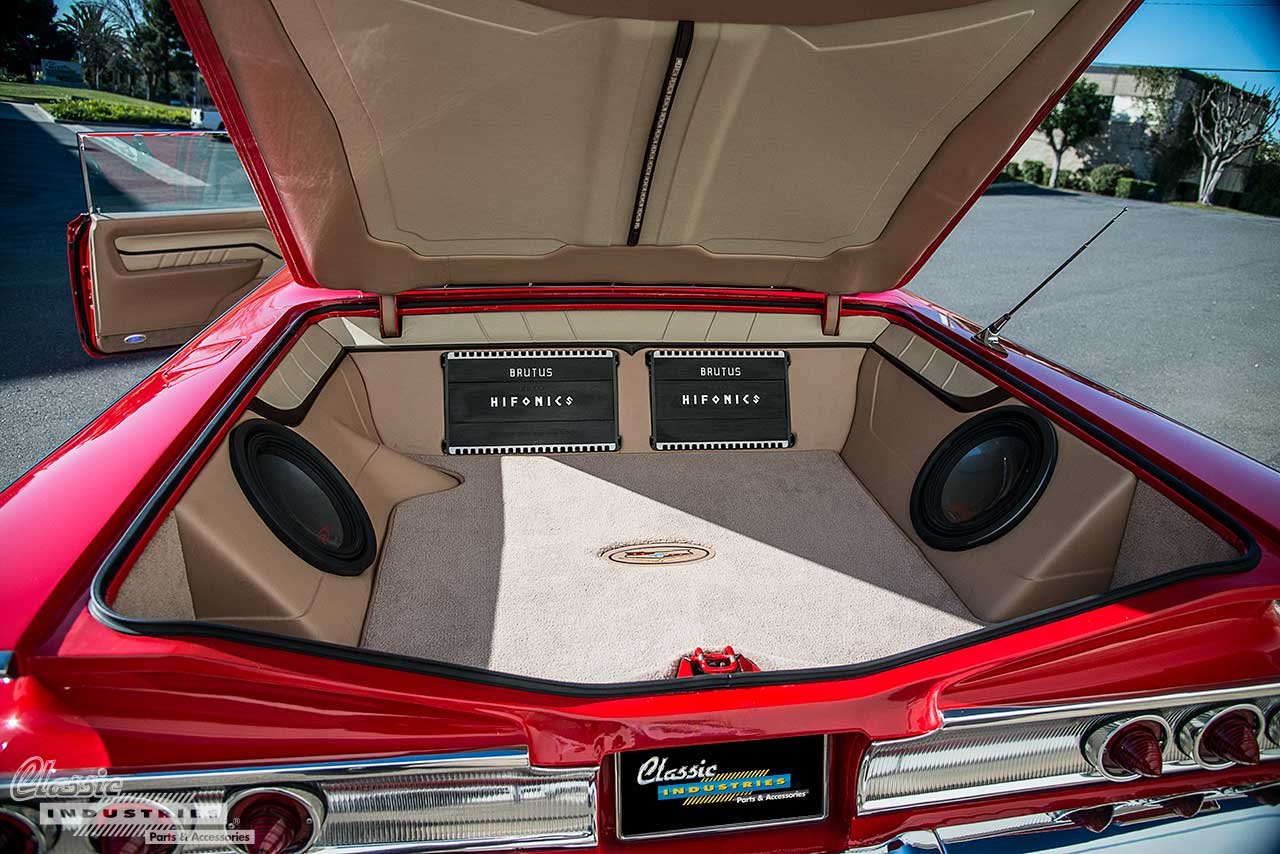 Herzog's Impala is driven frequently around the streets of Huntington Beach near the Classic Industries Retail Showroom, whether it's on its way to a car show, picking up parts, or simply headed out to cruise by the ocean.