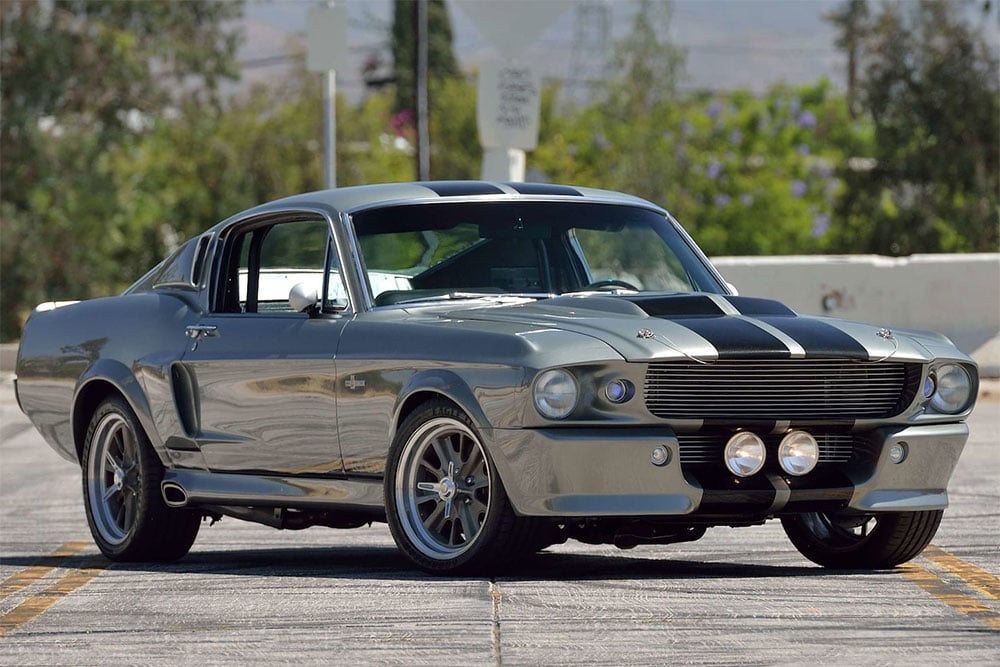 For car enthusiasts, it's always enthralling to watch classic vehicles appear on the silver screen, whether they're piloted by the dashing hero or the nefarious villain. Engines roar, tires squeal, and inevitably some unfortunate street vendor's fruit stand gets knocked over during the chaos. But in the end, these cameos can provide new appreciation for our favorite vehicles, and also inspire younger generations to learn to love these cars as we do. The 2000 action film "Gone in 60 Seconds" has an incredible lineup of classics, with the most recognizable being a '67 Mustang known as "Eleanor."

The original "Eleanor" Mustang was the star car in the 1974 film "Gone in 60 Seconds." For the movie, a pair of 1971 Mustang fastbacks were modified to resemble 1973 vehicles. This was done because it took independent filmmaker H.B. Halicki a few years to raise funds to complete the movie, but he still wanted the cars to look new when it hit theaters. One of the cars was kept in good condition for closeups and beauty shots, while the other served as the stunt vehicle and was eventually crashed.

Above: The first film used 1971 Mustangs that were modified to look more like the 1973 Mustang seen here. (Photos courtesy of Mecum Auctions)

Although the Eleanor Mustangs in the 1974 movie loosely resembled standard Ford color combinations, like the real '73 Mustang seen above, they were actually repainted a generic shade of yellow with black trim. Eagle-eyed viewers will notice the movie cars still had '71-72 front bumpers and valance panels due to budgetary constraints. 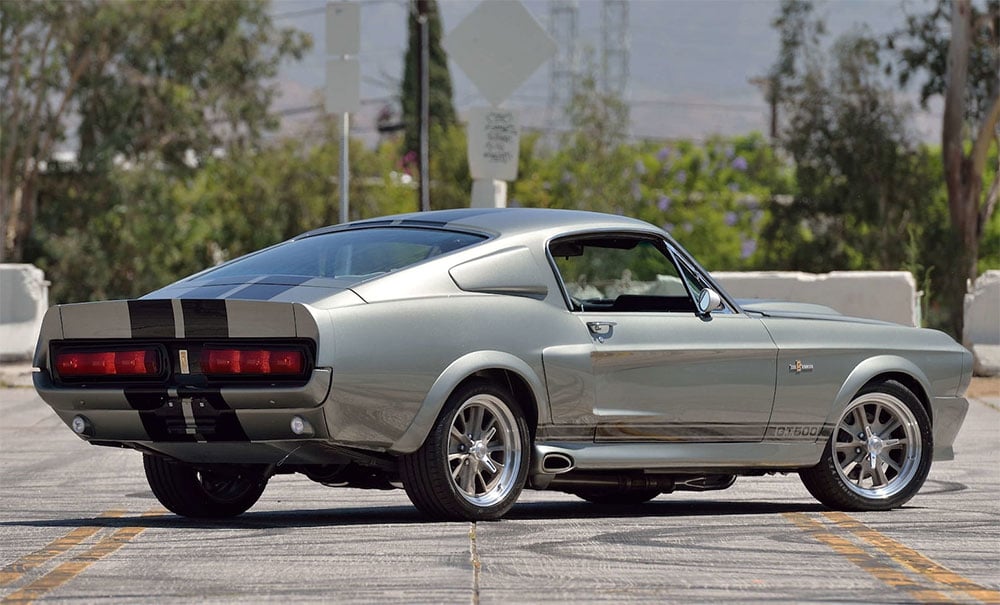 In the mid-1990s, Disney acquired the rights to the film and began working on a remake with producer Jerry Bruckheimer. Prior to filming the 2000 remake of "Gone in 60 Seconds," a stable of 11 Eleanor Mustangs were built by Cinema Vehicle Services in North Hollywood, California. The cars were based on a design by Steve Stanford and Chip Foose, and Foose reportedly based his sketches on "what he thought Carroll Shelby would want to see as a modern-day GT500."

One of the Survivors

The 1967 Mustang pictured here is said to be one of only three of the movie cars that still exist. It recently underwent a full rotisserie restoration at the original builder, Cinema Vehicle Services. The Pepper Gray Metallic paint, black stripes, custom 10-spoke wheels with spinner center caps, wood-rimmed steering wheel, and even the Hurst shifter with "Go-Baby-Go" button are all present, just as they were in the movie. 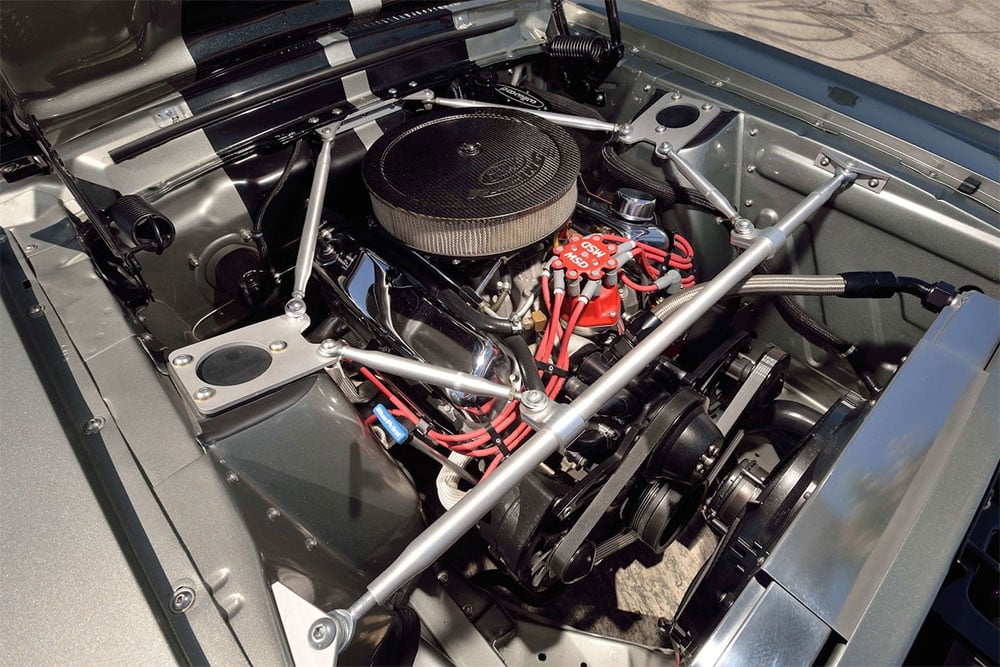 At the recent Mecum Kissimmee 2020 auction, this '67 Mustang sold for $852,500 to an anonymous bidder, exceeding the initial estimates of $500,000-600,000. For more information on the details of this build, refer to the Mecum Auctions listing page. 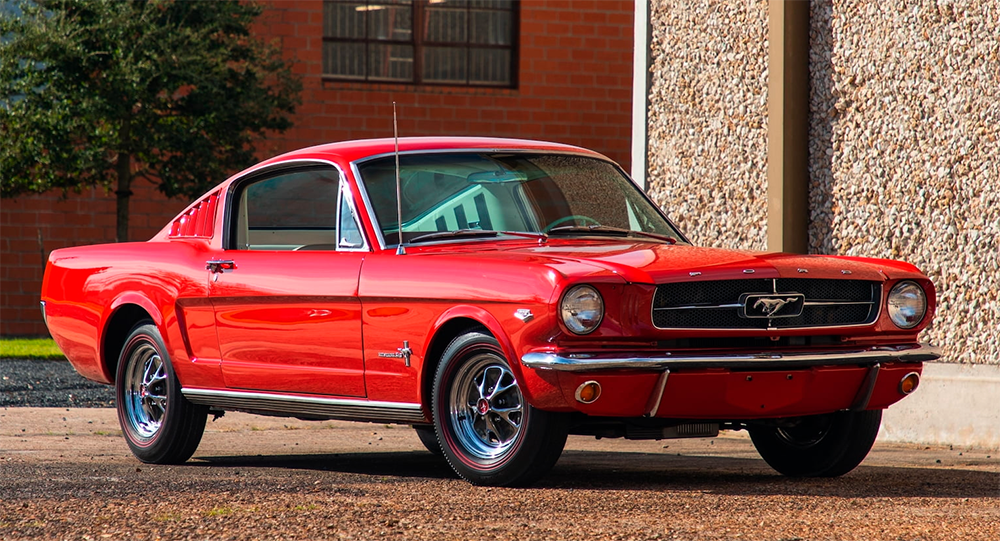 If you already own a Mustang and you're looking for restoration parts, click the button below to get a free Classic Industries Mustang parts catalog.