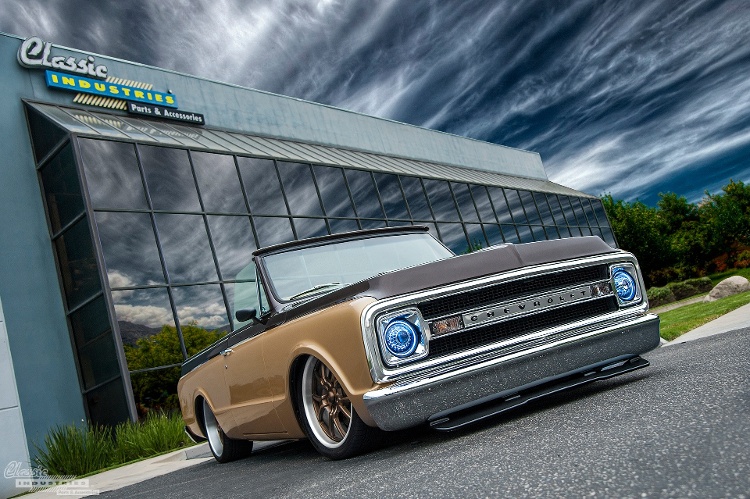 For companies in the automotive industry, one of the best ways to show off parts and services is to create a unique shop car or truck. This vehicle serves as a rolling billboard to showcase what a company can do, and draws a crowd at car shows or national events such as SEMA. Classic Industries has built quite a few shop cars over the years, including a 1969 Camaro, 1966 Nova, 1964 Impala SS, and 1953 Chevy truck.

The 1970 Chevy Blazer seen here is a shop project vehicle for TMI Products, a manufacturer of high-quality interior parts. So, as you might expect, it was created to demonstrate a few of the variety of interior parts the company offers. Fortunately, using an open-top K5 Blazer was a great way to let bystanders see the interior up close. 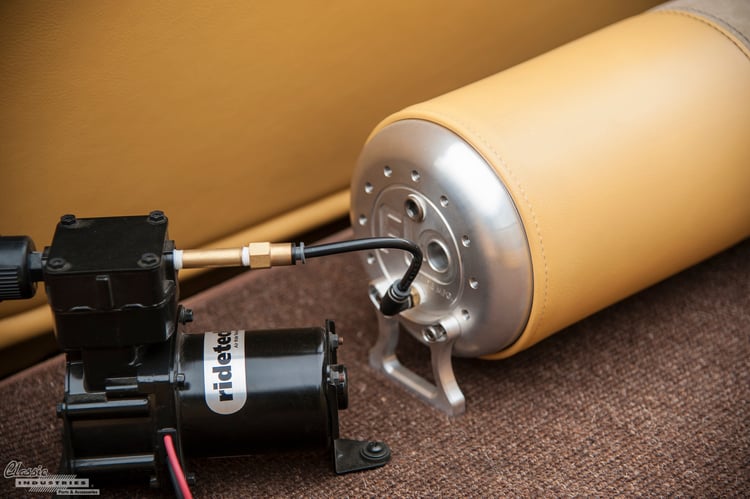 This 1970 Blazer has undergone a full frame-off restoration, during which time the frame was cut and notched to lower the vehicle without limiting suspension travel. An adjustable air suspension was installed, allowing for on-the fly ride height control. The original engine was replaced by a modern 5.3L V8 from a Chevy Silverado, and upgraded with a Flowmaster exhaust system and an assortment of other performance parts. 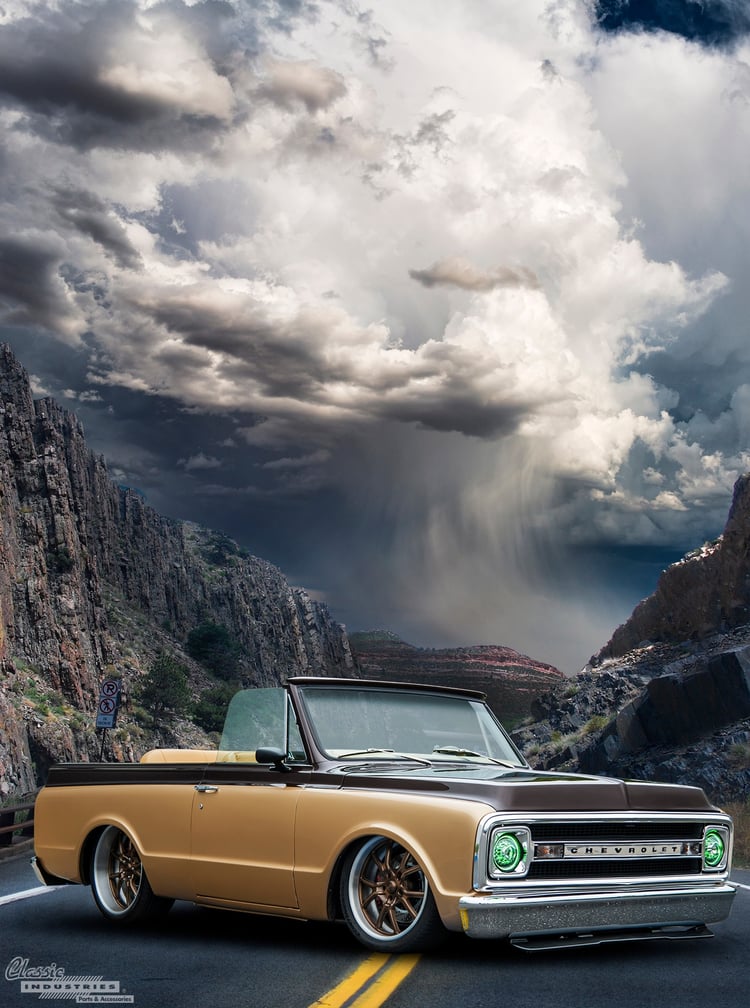 The Blazer's body was repainted in an elegant two-tone scheme of Champagne and Root Beer Brown metallic. New bumpers, grille, exterior trim, and a set of HIDprojectors headlights were also installed. Baer brakes were fitted on all four corners, and a set of bronze American Racing wheels wrapped in Continental tires were bolted on to finish the exterior. 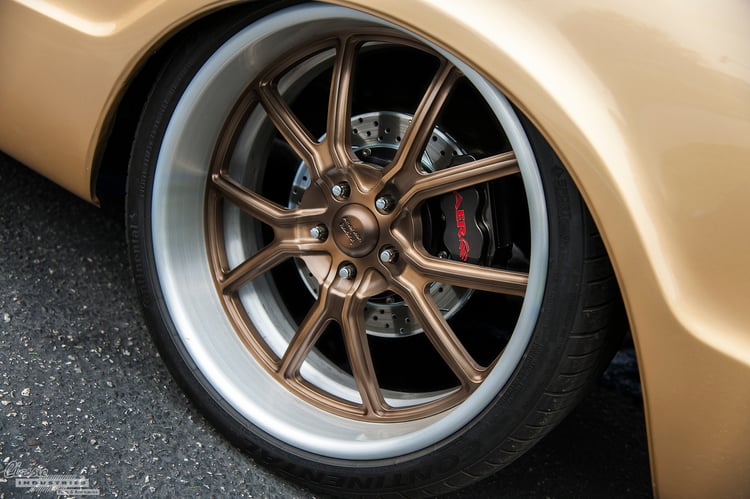 As for the interior, it features numerous parts from TMI Products. The company's Sport VXR seats were installed, with low-back buckets up front and a bench in the rear. The dash pad, interior door panels, rear quarter panels, and tailgate panel were also sourced from TMI's inventory. Dakota Digital provided gauges, and a custom center console was built to match the other upholstery. 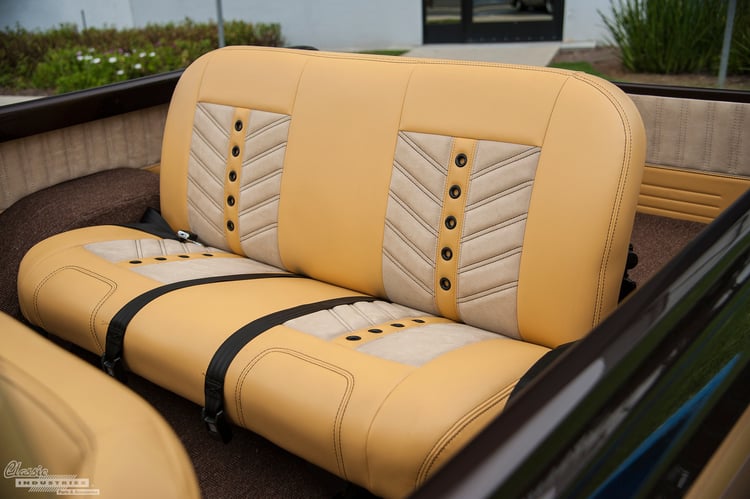 TMI's 1970 Blazer project was completed and unveiled at SEMA 2016, and has been making the rounds at shows and events ever since. It provides a great way to show off the company's interior products, and never fails to turn heads as it cruises around the streets of southern California.

Whether you're looking for interior products from TMI, performance upgrades, original-style restoration parts, or accessories, Classic Industries can help you find everything you need in one place. Click the button below to get your free full-color Chevy Truck parts catalog.