As the saying goes, "time waits for no one." Although this statement is accurate in many respects, we'd argue that time can be stopped dead in its tracks as it relates to classic cars. Better yet, we're able to reverse the aging process, restoring our favorite vehicles to their original glory. It's a unique experience, and one we never get tired of witnessing. This 1969 Camaro Z/28 is a perfect example of how restorers can turn back the clock. 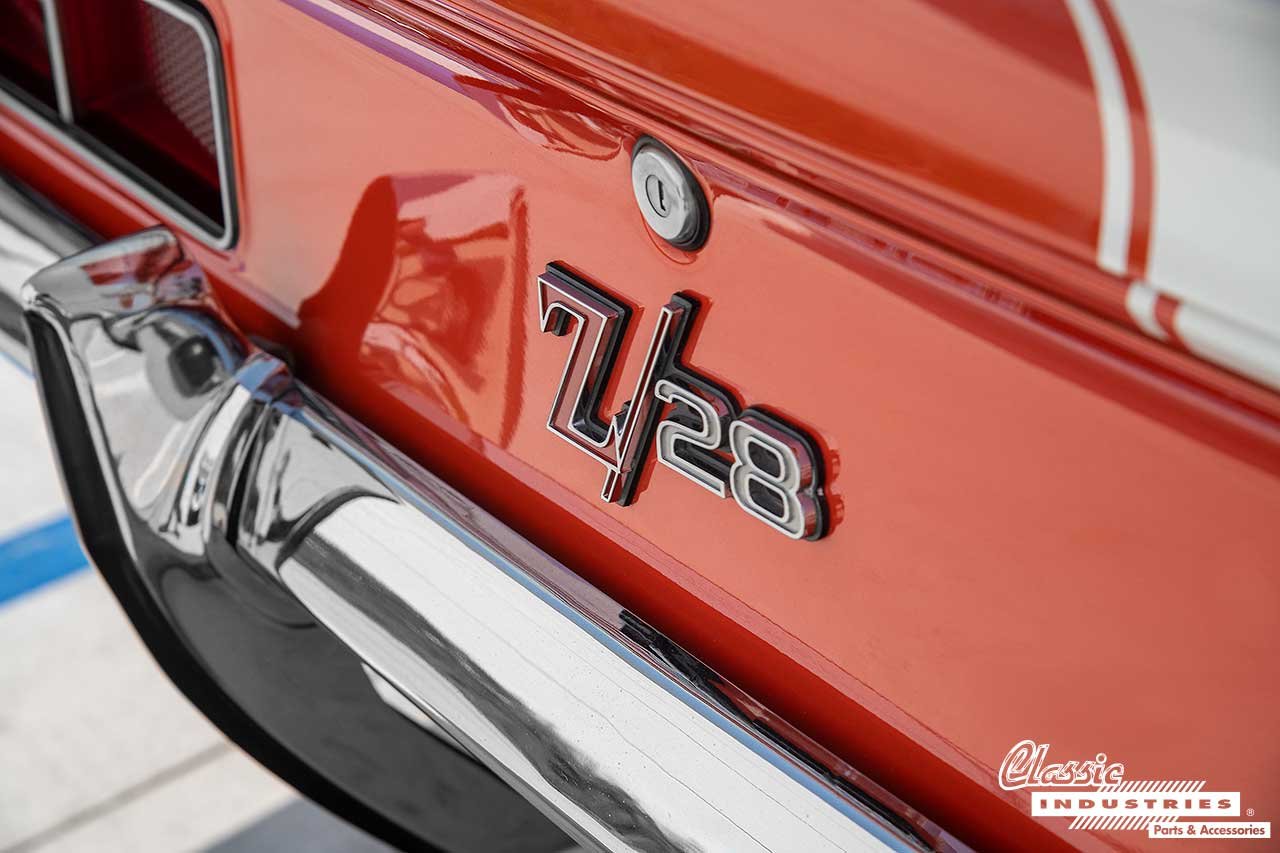 Phil Glorioso, of Carlsbad, California, recently brought his 1969 Camaro Z/28 to our Retail Showroom. He told us it underwent a complete frame-off restoration, but retains the numbers-matching 302ci engine. 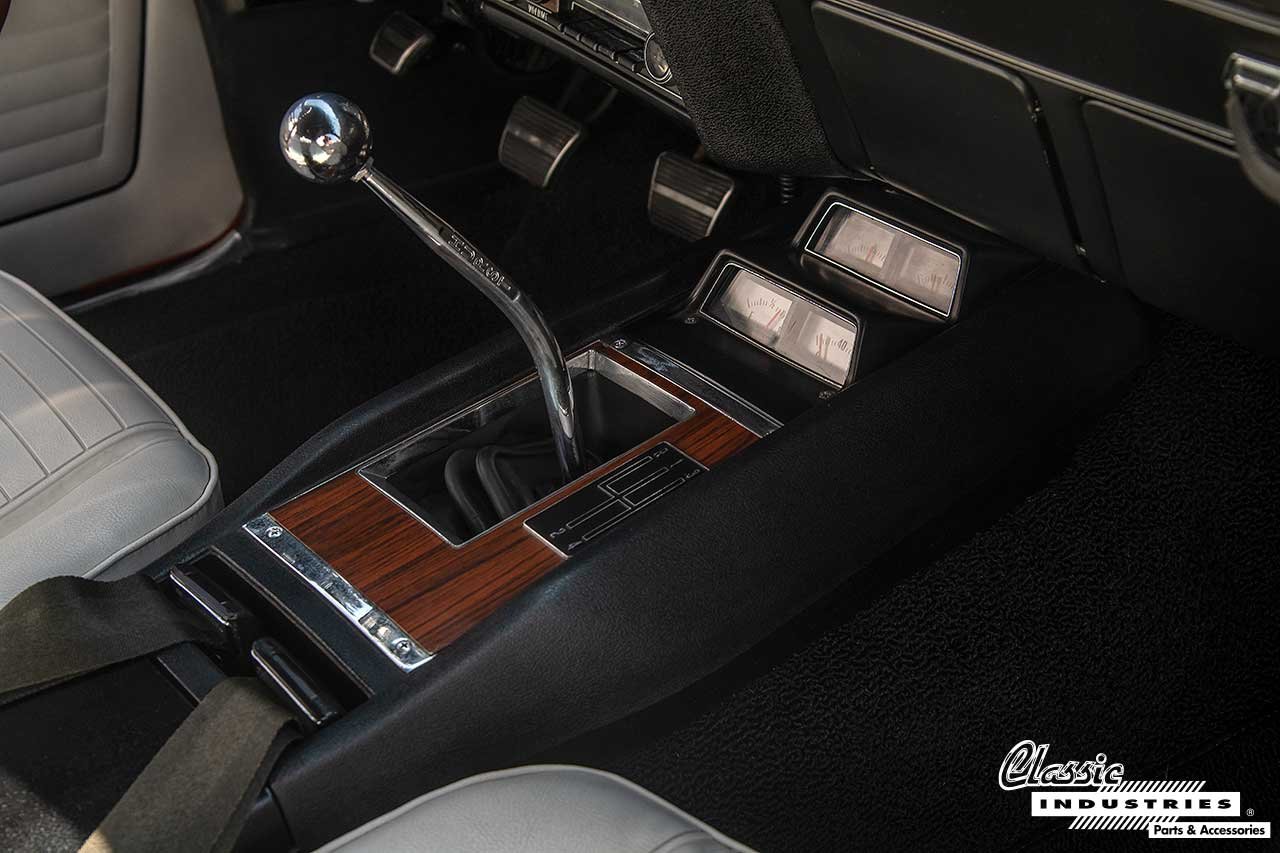 The original 302ci V8 has been rebuilt and restored to factory condition. This Z/28 originally came with a Muncie 4-speed manual, but the car now features a Richmond 6-speed under the original-style Hurst shifter. Two additional gears make this Camaro feel more responsive and improve its ability to cruise at highway speeds. 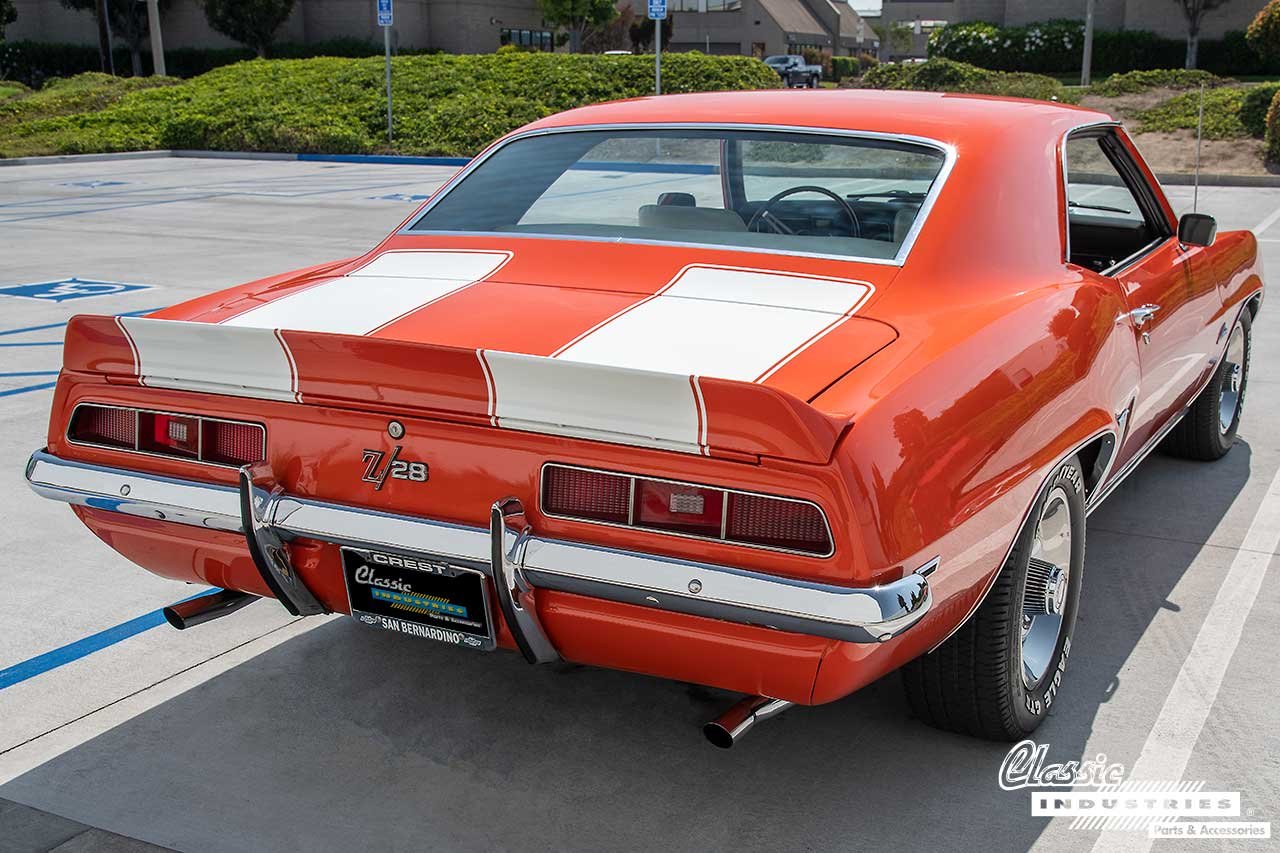 The body panels were prepped and painted in a fresh coat of Chevy's iconic Hugger Orange, accented by white stripes. Original style mirrors, lights, emblems, bumpers, and trim were all carefully installed to make this Camaro appear as though it just left the dealership. It rides on Rally wheels with chrome derby caps and Goodyear Eagle GT II tires. 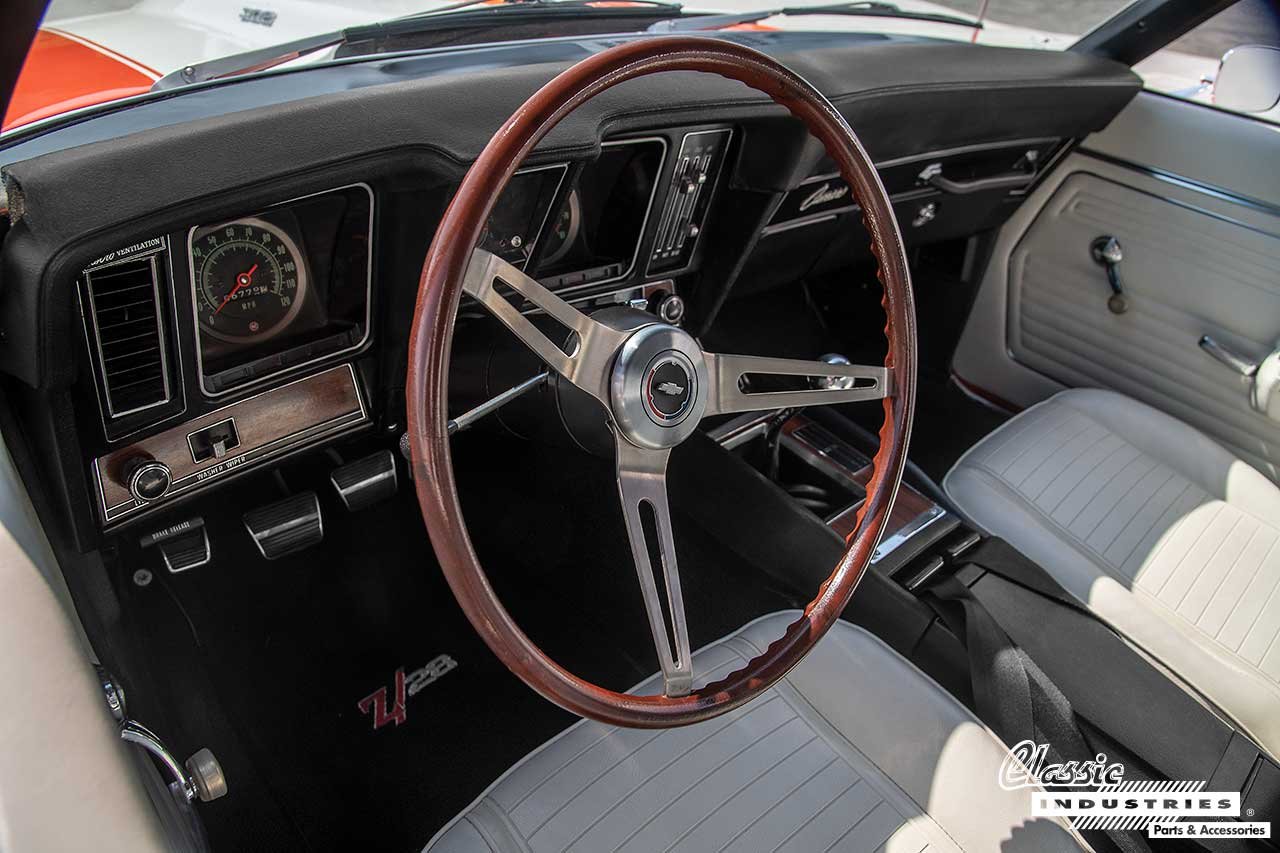 The Z/28's interior was also restored, with an original-style dash pad, wood steering wheel, gauges, center console, and much more. White vinyl seat upholstery and door cards contrast with the black components, and match the white stripes on the exterior. 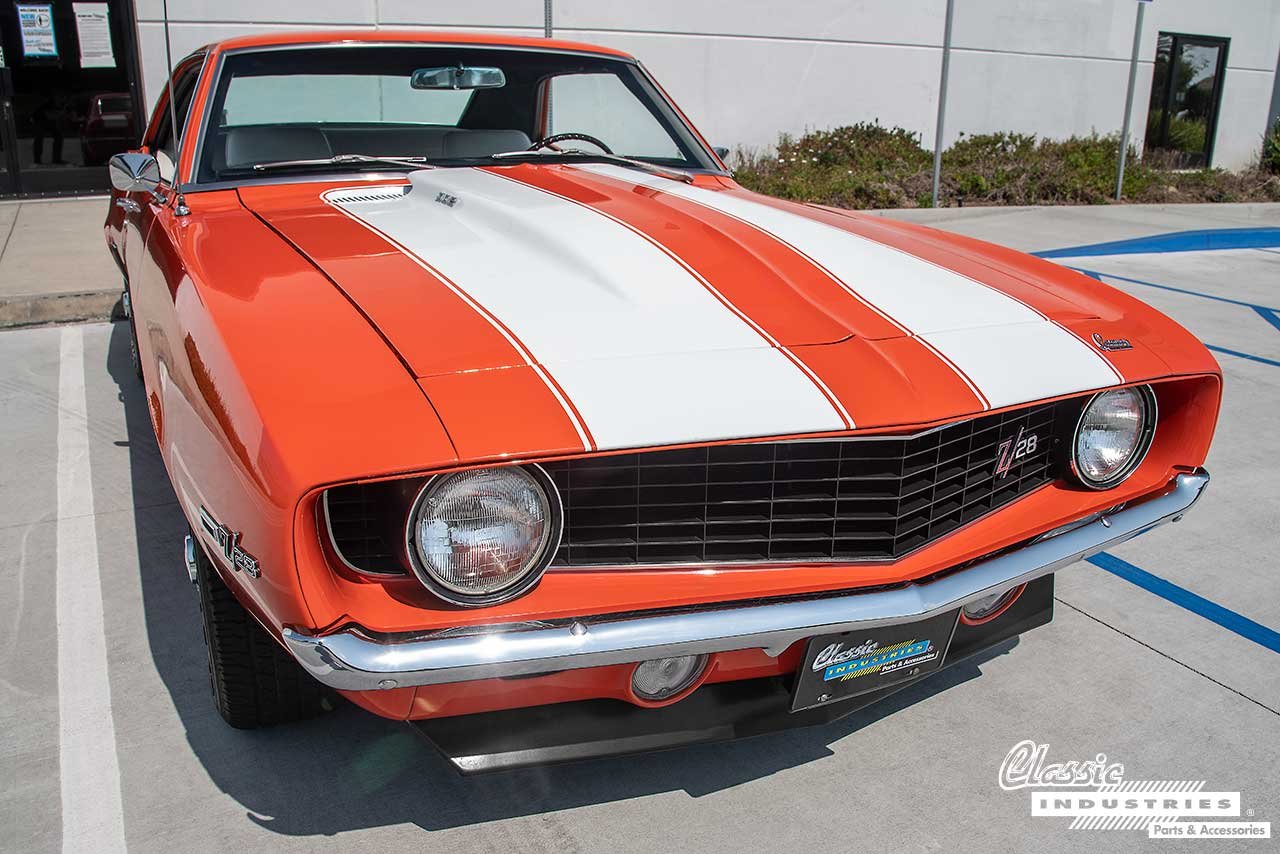 Phil says he takes his Z/28 to car shows frequently, but there's one special place it'll be appearing soon: in a Classic Industries video commercial! Our friends at Power Automedia filmed this Camaro along with several other awesome classics — we'll publish feature articles about each of these cars in the near future, so stay tuned.

Need Restoration Parts for Your Camaro?

Classic Industries was founded in 1976 as a source for hard-to-find parts for the Chevrolet Camaro, and has continued to provide the industry's best parts and accessories ever since. Click the button below to get a free full-color Camaro restoration parts catalog.