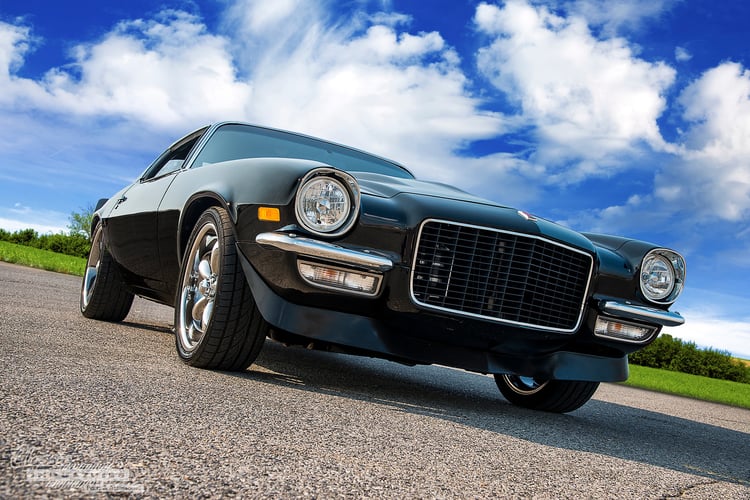 No two classic car restoration projects are the same. Some are accomplished in weeks, with a whirlwind of new parts, body work, paint and assembly. Others take months or years of slow and calculated effort. Either way, stunning results can be achieved with the right plan and builder. 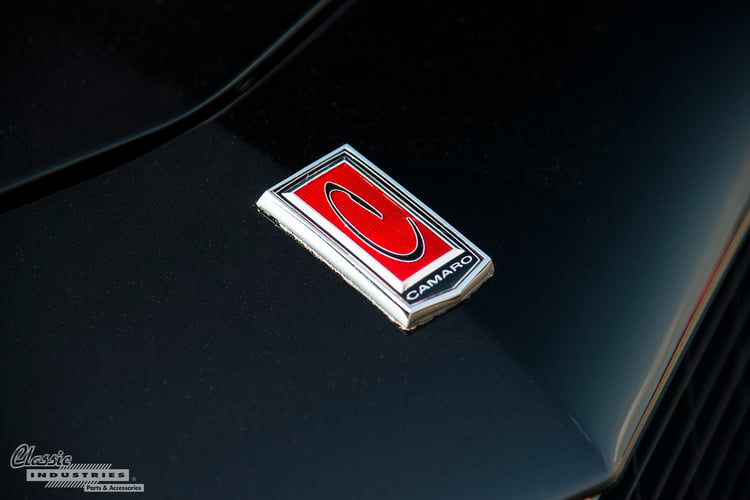 Shane Rhyne, of West Memphis, Arkansas, tells us he spent ten years working on his 1973 Camaro. When he purchased the car, it was completely stock but in need of some TLC. 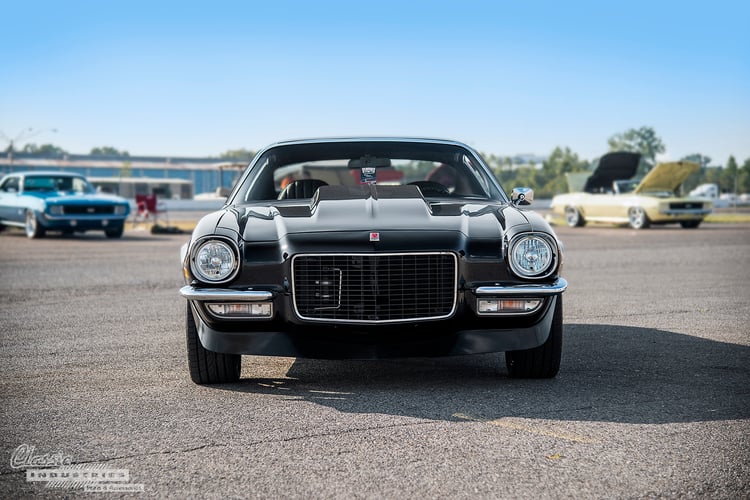 The '73 Camaro project started out with a complete restoration at a local shop, as well as a fresh coat of gloss black paint. Shane adjusted the appearance with a set of split bumpers, a cowl hood, a front spoiler, and a three-piece rear spoiler. 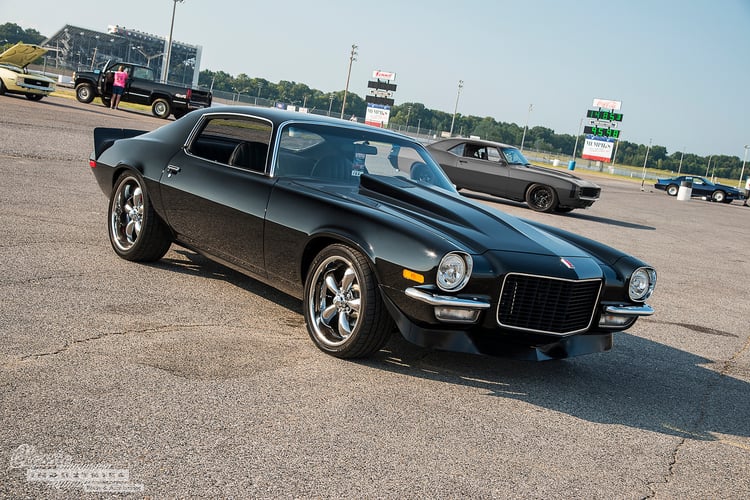 Shane soon decided he wanted to take his Camaro in a high-performance pro-touring direction, so he set out to improve handling. The car rides on a lowered suspension with Wilwood drilled and slotted disc brakes at all four corners. Chrome 5-spoke Coys wheels finish off the exterior. 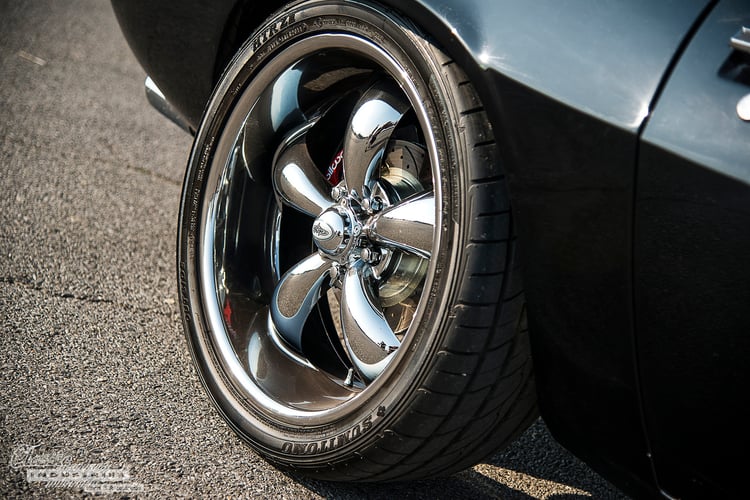 As a pro-touring build, Shane's 1973 Camaro needed more power, so he dropped in a built 383 stroker motor with some performance goodies. The engine is paired with a TH-350 automatic transmission. 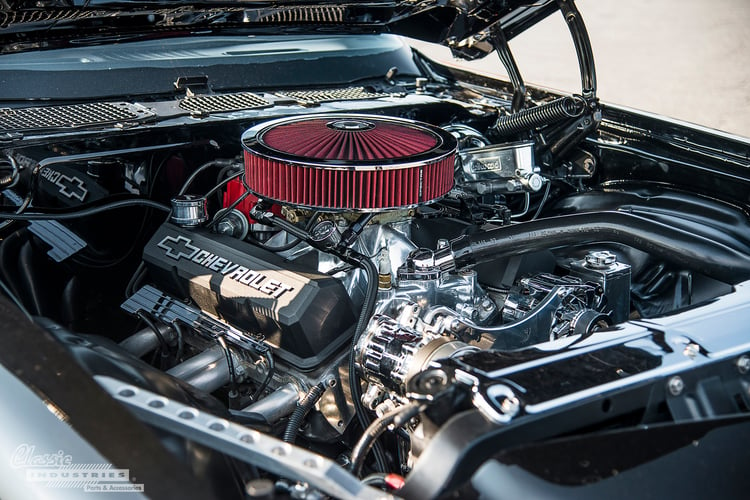 Shane says he has purchased many parts for his build from the Classic Industries Camaro parts catalog, and always has a great time driving the car when the weather is nice. 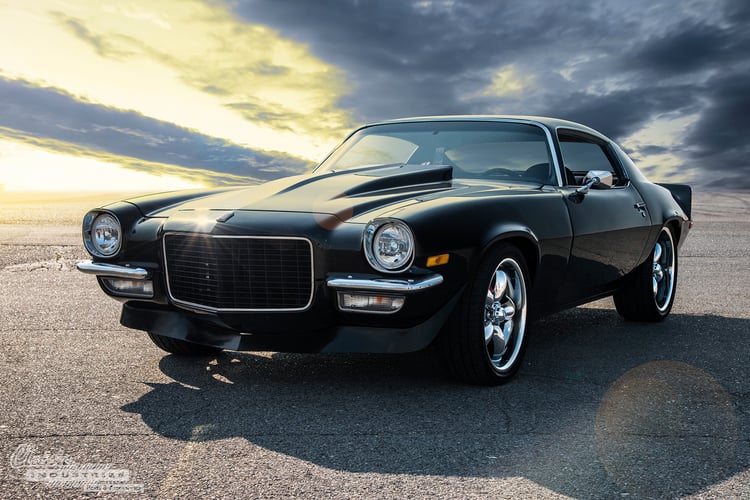 If you need some performance accessories or restoration parts, click the button below to get your own free Camaro parts catalog.