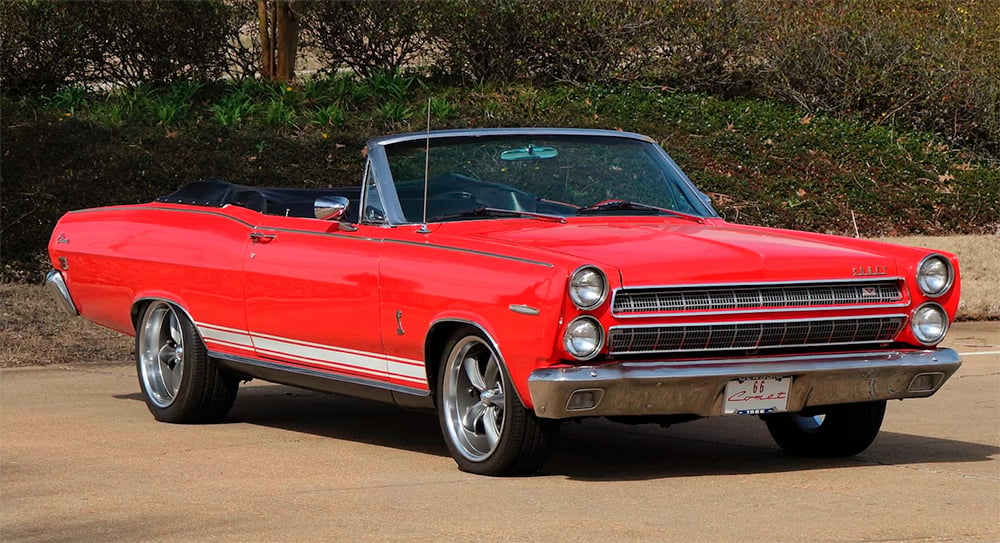 For the first two years of its production, the Comet didn’t have any Mercury division badging. It was sold as a standalone car at Lincoln-Mercury-Comet dealers. There are six distinct generations of Comets. The car went from being a compact, or more accurately senior compact, to a true midsized vehicle by sharing the Ford Fairlane and Torino chassis’, and back to a compact by sharing the Ford Maverick platform. Over the Comet’s 17 years of production, 1.6 million were sold. 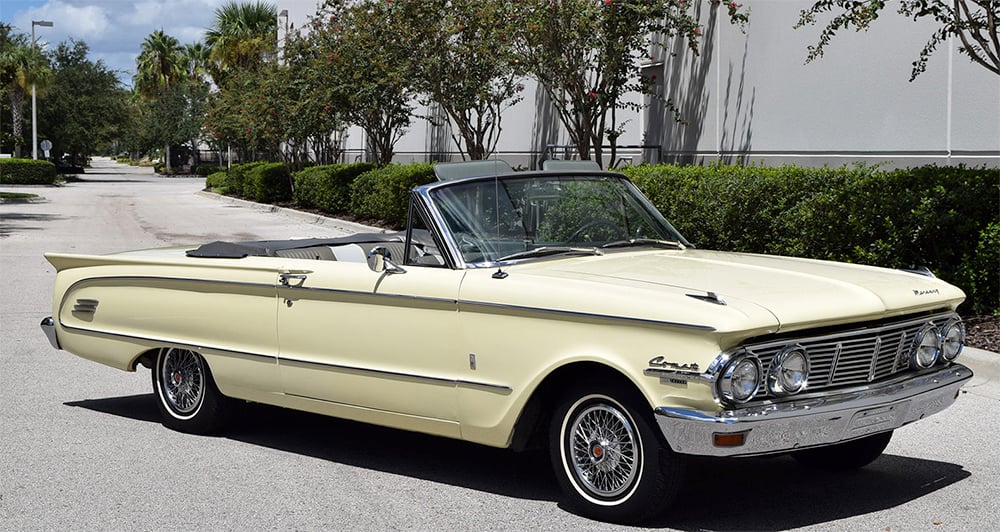 Here's a nice first generation, 1963 Comet convertible that is equipped with a 260 CI V8, automatic transmission, power steering, power top, and AM radio.

As with its sibling the Ford Falcon, the Comet was powered with one engine in 1960, the 144 cubic-inch straight-six cylinder powerplant. Dubbed the Thriftpower by marketing executives, the engine had a Holley one-barrel carburetor and made 90-horsepower. 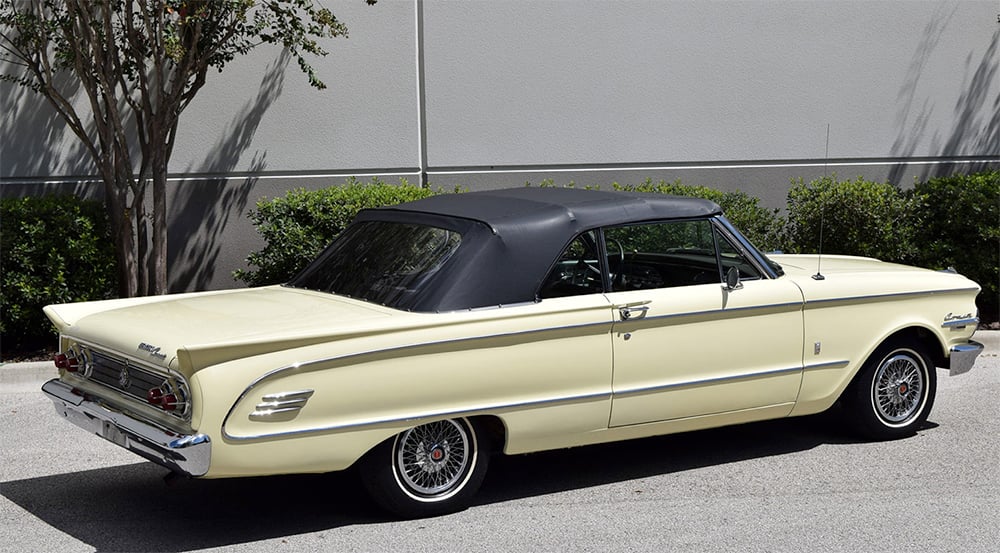 The 1963 Comet convertible also looks classy with the top up.

Another Thriftpower six emerged in 1961. Engineers upped the horsepower of the engine to 101 by increasing its displacement to 170 cubic inches, as a result of customer complaints of not enough power.

By 1962, the Comet was officially badged as a Mercury Comet. It received some minor Mercury styling cues to the exterior to make it look like a Mercury.

Mercury made some changes to the suspension and the chassis, which made room to install a 260 cubic-inch V8. Topped by a two-barrel carb, the V8 made a respectable 162 horsepower. Now the Comet could go like Mercury.

For 1964, Mercury considerably squared off the Comet’s exterior styling, making it look like a mini me version of the Lincoln Continental. They 86’ed the 144 CI base engine and replaced it with the 170 CI powerplant. Then the 289 CI V8 replaced the 260 mill early in the 1964 assembly line. 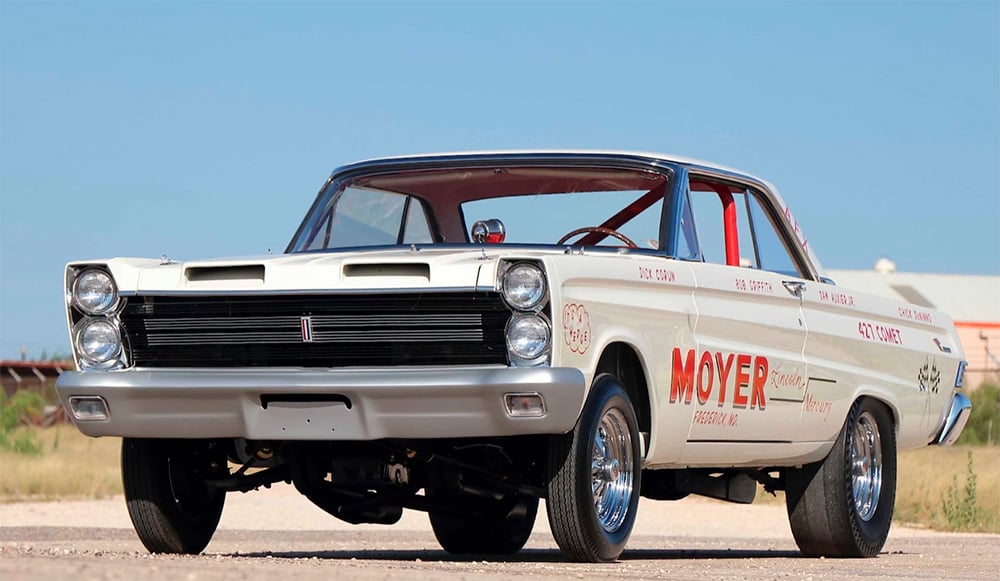 This is number seven of eight built 1965 Mercury Comet drag racing cars, built by Bill Stroppe & Associates. The car competed in the A/FX class and had fiberglass bumpers, hood, and doors to keep it light.

The Comet’s cousin, the Ford Fairlane Thunderbolt, dominated drag racing’s super stock class. Mercury built 50 high performance Comet Cyclones and campaigned them in the more modified A/FX class with dual carbureted 427 engines, so that the cousins wouldn’t compete against each other. The Cyclones conquered in A/FX. 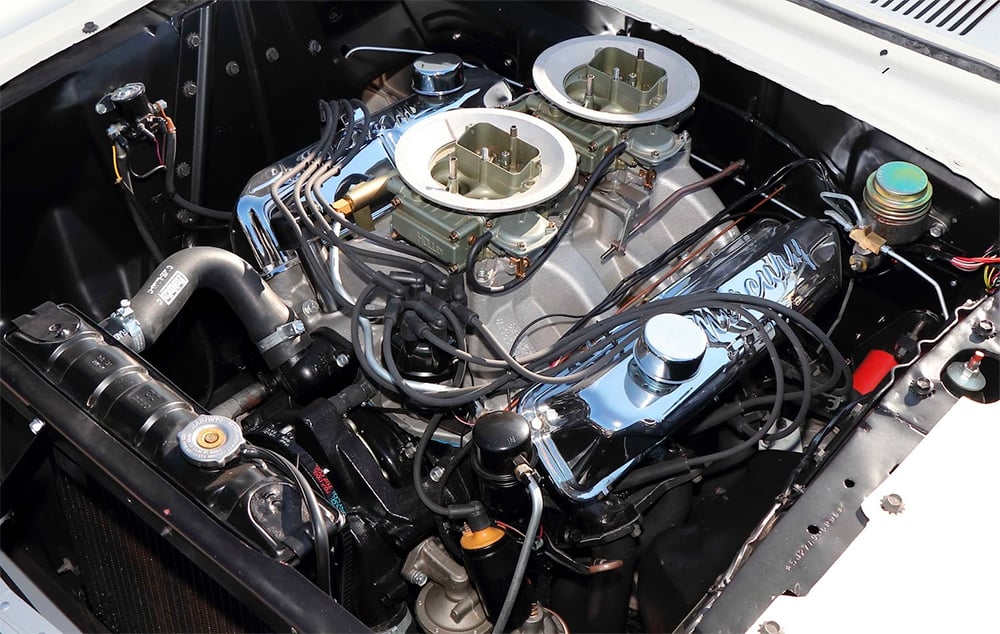 The third and fourth generation Mercury Comet obtained all new exterior styling and grew in size, as it now shared the intermediate platform of the midsized Ford Fairlane and Ford Torino. Just one engine was available those two years, the 390 cubic-inch big block V8. There was a two-door convertible, two-door sedan, two-door hardtop, four-door sedan, and a four-door station wagon in the model lineup. With the 1967 model year, Mercury gave the Comet name only to the base model Comet 202. So, the other subseries models became simply the Caliente, Capri, Cyclone, and Cyclone GT. The two station wagons were called the Voyager and the Villager, with the latter having simulated wood side panels. 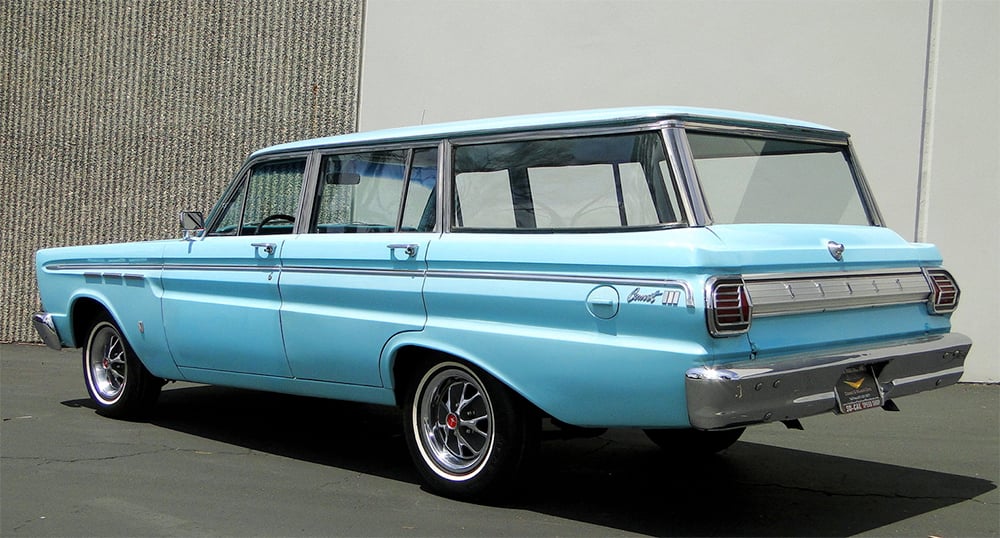 One could call this second generation 1965 Comet station wagon a sleeper or a great grocery getter, as it's equipped with a hi-po 289 CI V8 that makes 271-horsepower and is backed by a four-speed manual transmission.

For the 1968 and 1969 models, yet another exterior makeover occurred. While still on the midsized Fairlane and Torino platform, the Comet and its variants emulated the full-size Mercury models in appearance. Mercury also changed the Capri and Caliente names to Montego and Montego MX, respectively. Available engines increased from one to five. Mercury retired the venerable 390 mill and replaced it with five powerplants: a 250 CI six, and four V8’s – a 289 CI, a 302 CI, a 351 CI, and a big block 428 CI. 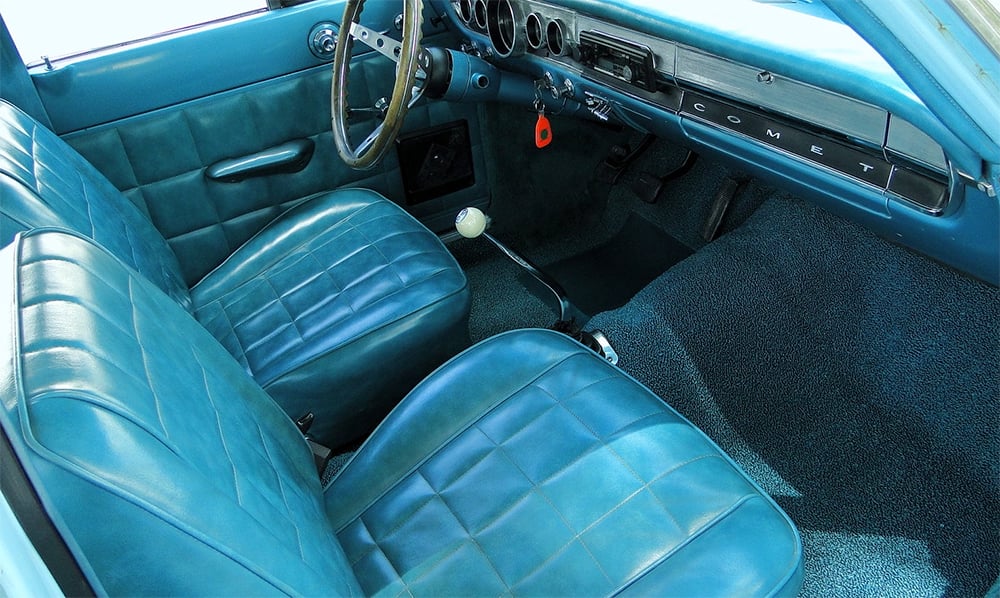 The interior of the aforementioned grocery getter is most sanitary.

The base model Comet name went away for 1970, being replaced with the Montego moniker. Though still a midsize, the exterior received an extensive restyle.

Mercury revived the Comet name for the sixth and final generation of the brand. Also, the car went back to its roots by shrinking in size. It now shared the Ford Maverick compact platform. The Maverick was introduced in 1969 and was selling like the second coming of the Mustang, albeit in smaller numbers. A two-door or four-down sedan were available with two straight sixes (170 CI or 200 CI) or one V8 (302 CI) to choose from. 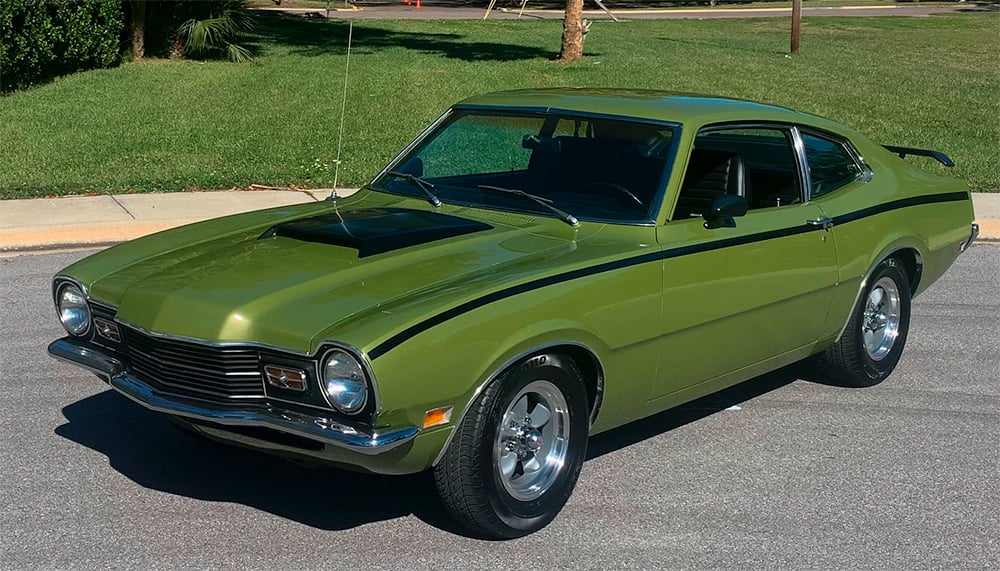 The sixth generation 1972 Mercury Comet looks a great deal like its cousin, the Ford Maverick. This baby rolls strong on radial shod American Racing Torq-Thrust D five-spoke wheels. The Comet has a 302 V8, auto trans, power steering, a hood scoop and a rear spoiler. By following this link you can check out Mecum Auctions.

If you'd like to learn more about the history of classic Ford and Mercury vehicles, check out some of our past blog articles:

Whether you have a Mercury Comet that needs a full restoration or a few crucial components to complete your project, there’s a great chance that Classic Industries has the parts needed to get you across the finish line. Simply follow this link to Shop Mercury Comet 1960-1977 Parts.