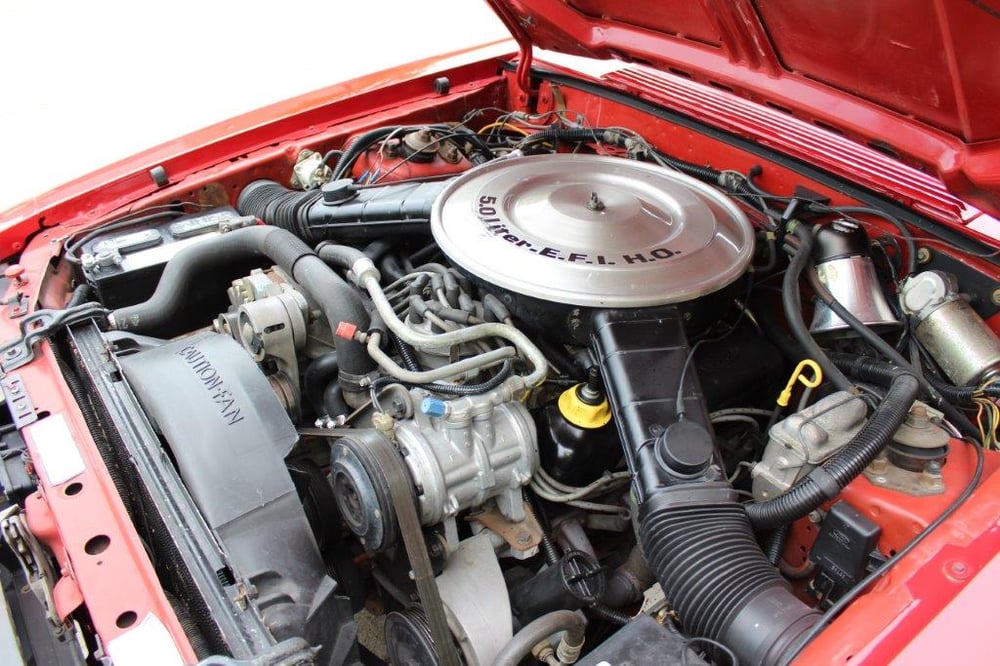 The 5.0L electronic fuel injection High Output engine in this one of 257 built Mercury Capri ASC McLaren convertible has just 33,000 miles on the engine.

The Capri differed in appearance from its Mustang stablemate in several areas. There were four headlights within a narrower rectangular grille. The Capri had wider fenders with smaller fender flares. It was available only as a three-door hatchback that was complemented by dark-tinted tail lamps that had horizontally-ribbed and slatted lenses. These styling and design elements sought to give Mercury's Capri a distinctive European appearance. 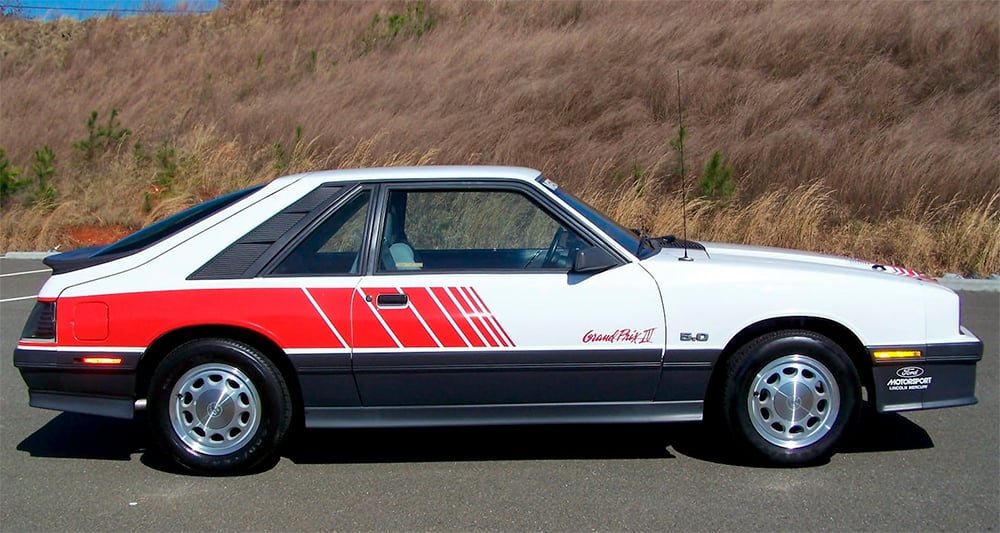 Just 50 of these 1985 Mercury Capri Motorsport Pace Cars were built as part of a factory special order Memo Ford Show car for the Detroit Grand Prix. The Capri has the factory ASC McLaren package. This one is equipped with a 5.0L V8, a five-speed manual trans, has air conditioning, and cruise control. There are just 17,000 miles showing on the odometer.

You see, the 1st generation Mercury Capri was first designed in 1968 by Ford of Britain from an amalgam of British Ford Cortina Mk II and Ford Escort components. The plans dated back to 1964 when Ford of Europe began designing a European variant to the World's first pony car, the magnificent, All-American Ford Mustang. Like the Ford Mustang, the Capri had a long hood and a short trunk, or deck, with that ever so sweet fastback roof line. The first generation Mercury Capri was actually manufactured in Cologne, Germany from 1970-1978. 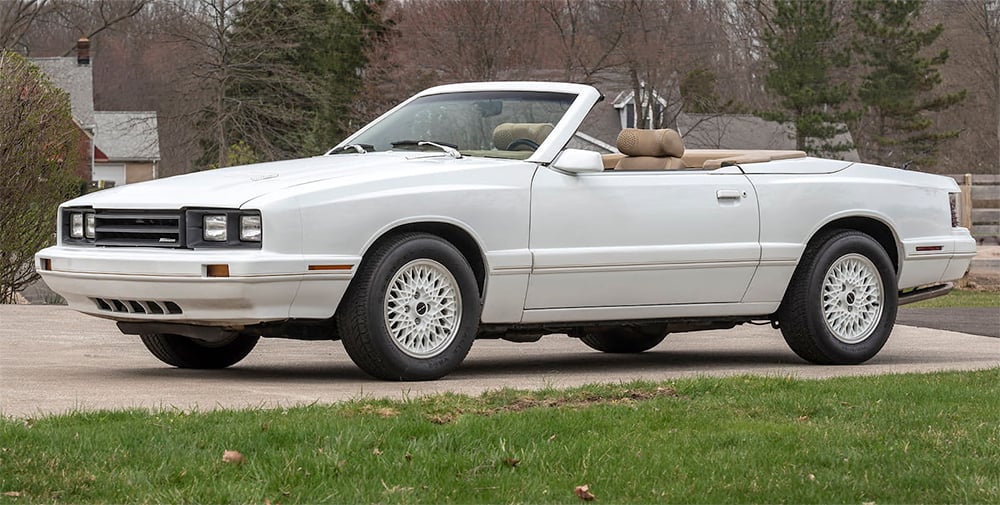 Mercury re-designed the rear windshield of the Capri in 1983, giving it a compound-curve bubble-back piece of safety glass. This made the car still more distinct from the Mustang. It also gave it a bit of an advantage to the Stallion in the aerodynamics department. In wind tunnel testing and on racetracks, where the rubber meets the road, the Capri was a couple miles per hour faster over the same stretch of tarmac. Mercury made another small design improvement to one member of the Capri lineup, specifically the Capri RS. The RS received a front air dam, which would remain through the end of the 2nd generation Capri's run in 1986.

Here is a three-quarter rear view of the same 1983 Capri RS that you first saw at the beginning.

Siblings to the base-model Capri included the Capri Ghia, the Capri GS, the Capri RS, and the Capri Turbo RS. With the exception of Ford's turbocharged inline-four cylindered SVO Mustang, each Mustang model had a Capri equivalent. What's more, the different Capri models and the various Mustang versions utilized the same drivetrains, with an inline-four, inline-six, V6, and V8 engines and three- or four-speed automatics, four-speed manual, and five-speed manual transmissions on tap to back up the different powerplants.

Given the Capri's slippery aerodynamic body and the prowess of Jack Roush Racing, Wally Dallenback Jr. piloted a Mercury Capri 5.0L aftermarket V8 equipped race car to the Sports Car Club of America (SCCA) Trans Am championship in 1985 for of course, the Roush Racing Team.

The interior in this 1985 Capri ASC McLaren convertible has just a bit over 33,000 miles of use, so it's no surprise that the interior still looks great.

From 1981-1983 a Black Magic Capri was available. The car was painted jet black with gold striping, had gold metric TRX wheels, and had an image of a gold cat's head on each side of the front valance panel. Black seats with sand inserts (code YA) appointed the interior. Recaro seats were optional in 1982 (code TA), with sport performance seating optional in 1983 (code HA). For the 1981 and 1982 model years, the Black Magic Capri could also be ordered in polar white (code 9D). The polar white Black Magic car still came equipped with the metric gold TRX wheels, the gold striping, and the gold cat's heads on the front valance. 1983's Black Magic Capri is extremely rare, as it's the only one that has the compound-curve rear windshield. 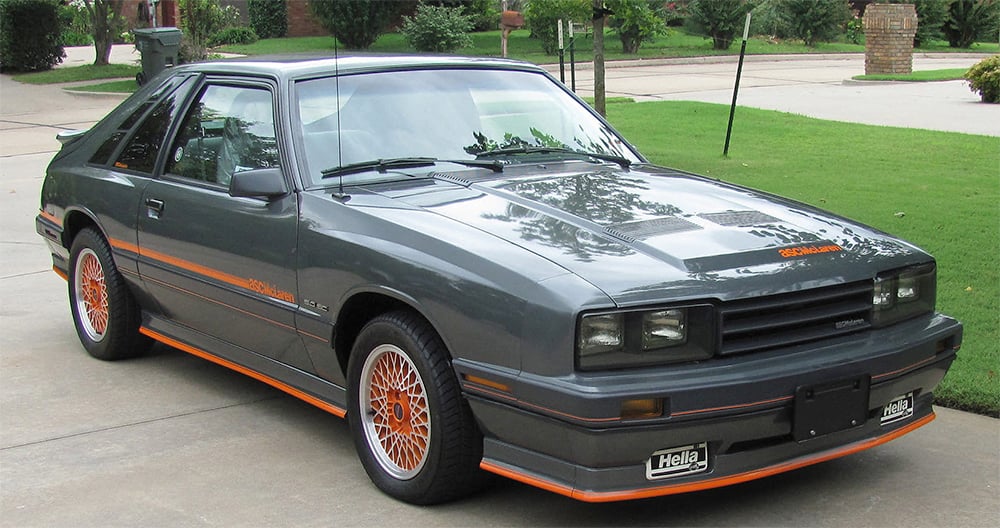 In 1984, Capri enthusiasts could order a Charcoal Turbo RS. One color combination was available -- charcoal over silver with light gray striped rub moldings along the belt line of the car. A Garrett 60 turbocharger equipped the enhanced multiport EFI four-cylinder engine. Sun and T-top roofs were optional, while Michelin radial tires shod the TRX wheels. The addition of 5.0 HO Sway bars, a 3.45:1 limited slip rear axle, a hood scoop, and orange and red lettering and striping completed the Charcoal Turbo RS package.

From 1984 through 1986, American Sunroof Company (now known as American Specialty Cars, or ASC McLaren) converted hatchbacks to convertibles and coupes. A total of 290 coupes were produced during that time and 557 convertibles.

Transforming the hatchbacks into convertibles was an involved process. The unibody structure had to be beefed up, since the top was lopped off, while the convertible top replaced the rear seat.

The ASC McLaren coupe was the fastest 2nd generation Capri. It received the Ford Motorsport B303 camshaft, which gave the 5.0 liter V8 mill more horsepower and torque than the stock 5.0 liter. The 50 series lower profile BFGoodrich Radial T/A tires raised the coupe's effective gear ratio from 3.08:1 to approximately 3.35:1 from the stock 60 series tires that shod the ASC McLaren's more sedate siblings. These two changes created coupes that could accelerate to 60 miles per hour from rest in under six seconds and could routinely achieve quarter-mile runs in the mid-13 second range. 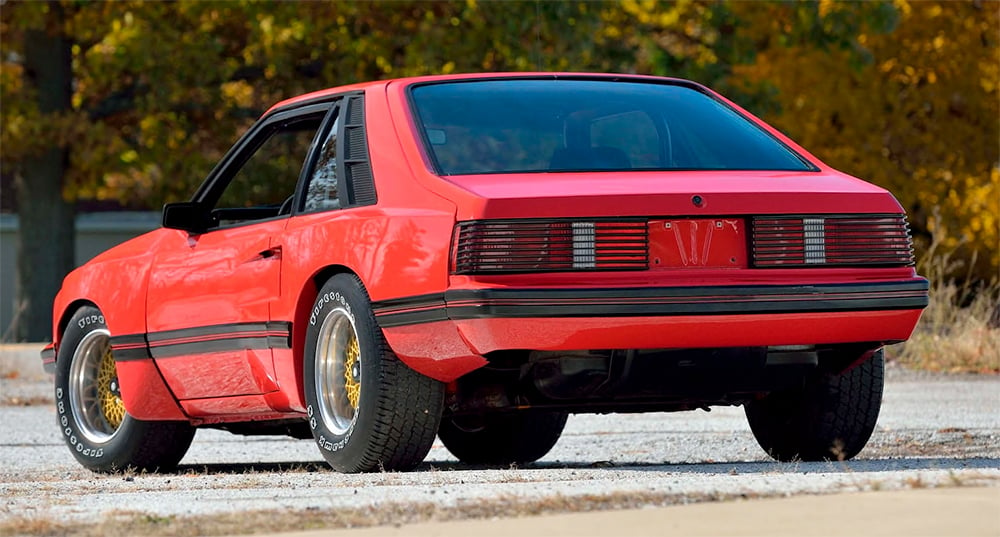 Ford-Mercury produced one 1980 Cosworth Capri that was powered by a DOHC 1.6L BDA four-cylinder Cosworth engine. By following this link you can check out Mecum Auctions.

If you're interested in learning more about the history of classic Ford and Mercury cars, check out some of our previous blog articles:

Whether you're building a Roush Racing Trans Am series vintage racing Mercury Capri 5.0L, a 1983 Crimson Cat, a 1981 Black Magic, or any other 2nd generation 1979-1986 Capri, you'll find a great selection of the restoration and performance parts you need at Classic Industries. Simply follow this link to Shop Mercury Capri 1979-1986 Parts.