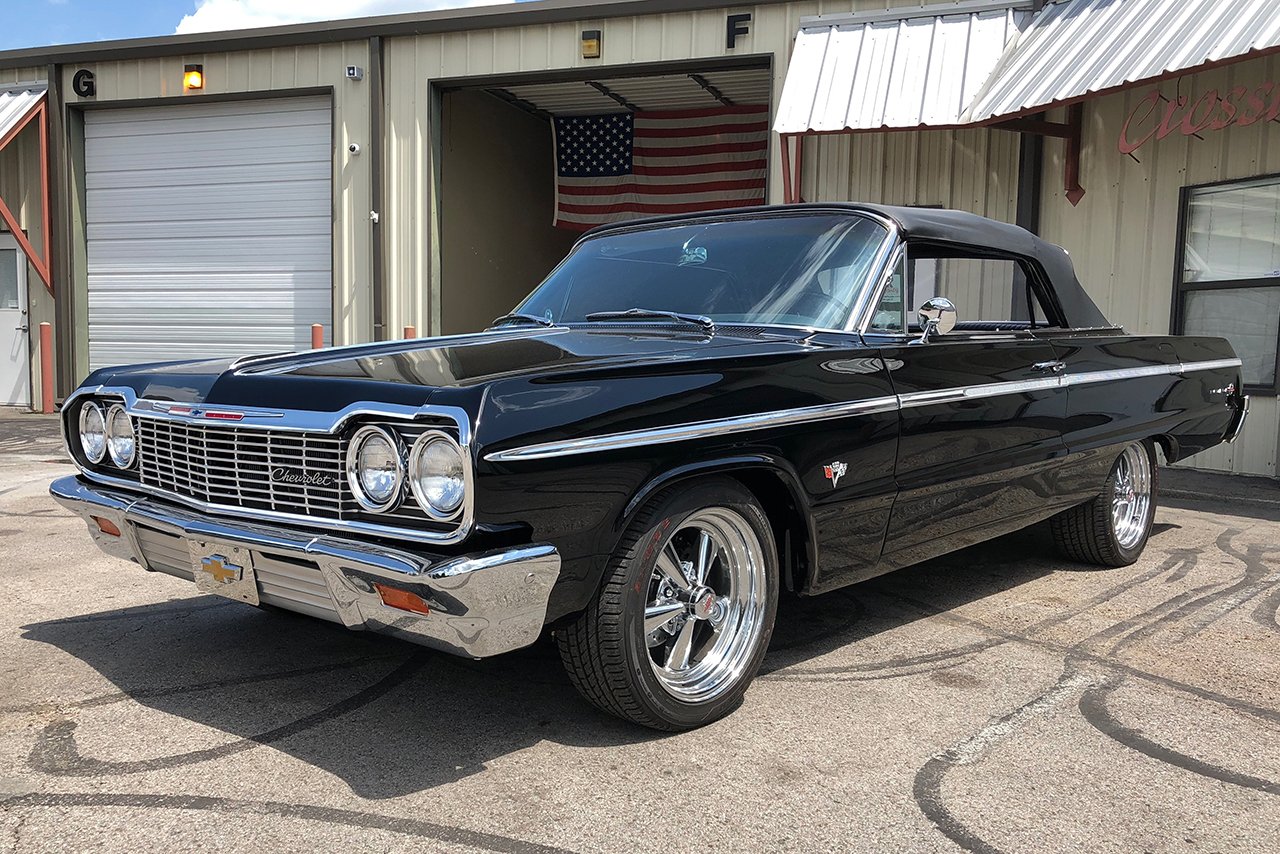 The Chevy Impala is one of General Motors' most famous and recognizable vehicles, thanks to its widespread appeal. There's an Impala / Full Size Chevy model for almost everyone, from wagons and sedans with room for the whole family to two-door Super Sport models with exhilarating performance and handling. If you're not already an expert on the Impala, you might not know all the design cues that separate one model year from the next, so we've created a simple 1958-64 Impala identification guide that shows the front, rear, and side profile of each year. With this guide, you should have a much easier time spotting Impalas in the wild!

Our guide uses illustrations scanned from GM's original documentation. Some of these illustrations are slightly faded and show signs of their age, but all of them clearly depict the changes in key areas such as grille, bumpers, lighting, and roof lines between '58-'64 Impala model years.

The '58 Impala is an easy year to spot. Dual headlamps sit near the top of either front fender, above the wide grille. It also has rear fins, but these were less angular than those of its predecessor, the '57 Chevy "Tri Five" series. Lower-trim '58 models had two taillights on each rear corner, while higher-trim models had three.

The conical park lamps on the '58 Impala almost resemble jet engines, a clear nod to the designers' aeronautical inspiration.

In 1959, Chevrolet completely redesigned the Impala with a longer and wider body, and more aggressive styling elements. The dual headlamps are now in line with the grille, and large scoops sit above them at the edges of the hood. Long fins run along the sides of the car and terminate in a sharp point at the rear corners. 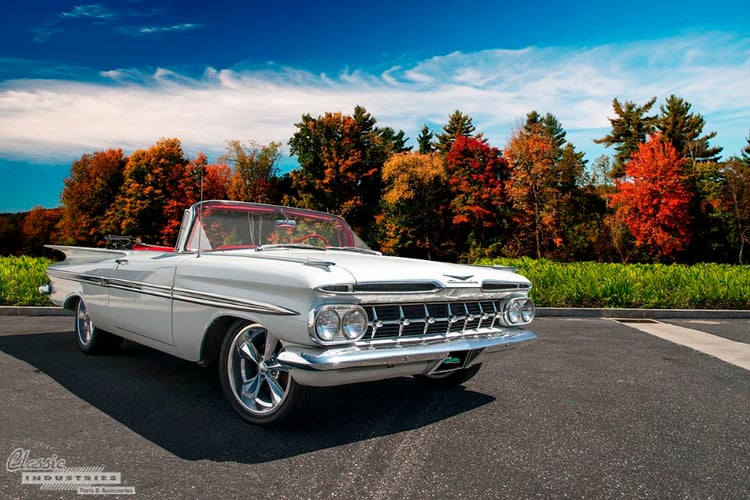 The easiest way to spot a '59 Impala is by looking for its distinctive teardrop-shaped taillights. Models before and after this year used small, round lights, but 1959 was the only year with these special lights.

For the first year in the new decade, GM made many changes to the Impala's design. Dual headlamps were moved inside the grille, and the air scoops have been removed. The '60 Impala returned to a more traditional separate round taillight design, which would continue as a key design feature in subsequent years. Horizontal fins were still present for this model year. 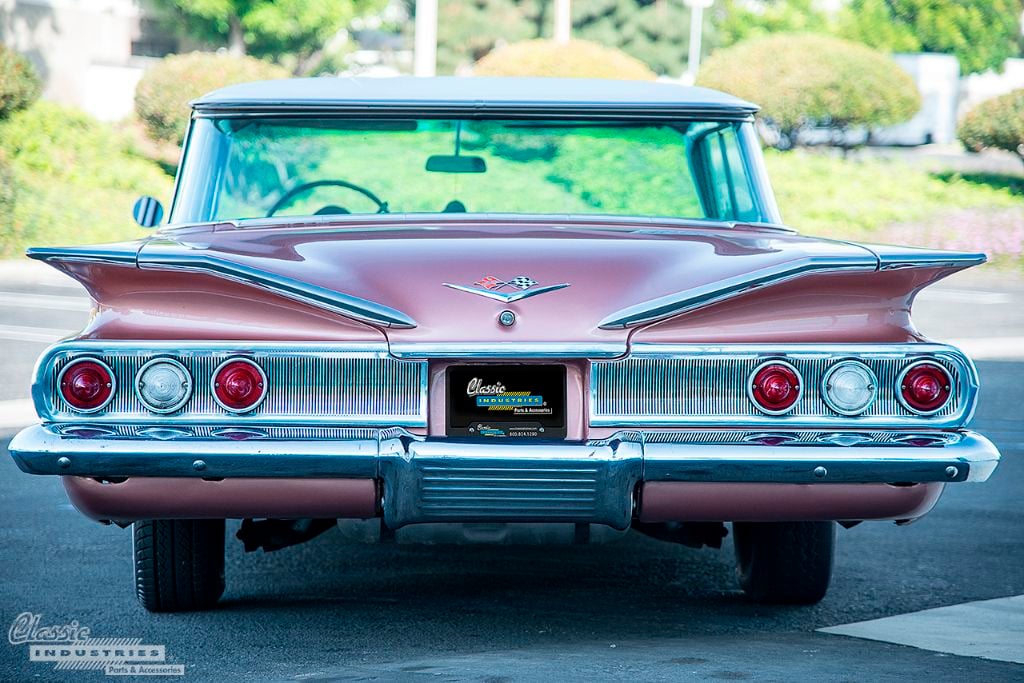 In 1961, Chevrolet's designers toned down some of the aircraft-inspired elements that had been popular in the late '50s. The result was a design that was simpler but no less beautiful. The grille is slender with dual headlamps on either side, and a thin horizontal opening flanked by park lamps below the hood. A continuous trim line runs around the body and comes to a point in the middle of the rear end. 1961 Impala Sport Coupe models featured the iconic "Bubble Top" roof with a rounded shape and curved glass.

From 1962 through 1964, the Impala developed a more consistent shape with subtler changes. Body lines were squared off more than previous years. A new "crinkle top" roof was introduced with a segmented shape that made it resemble a convertible roof line, but GM still produced a few '62 Impala models with the older "bubble top" roof shape. 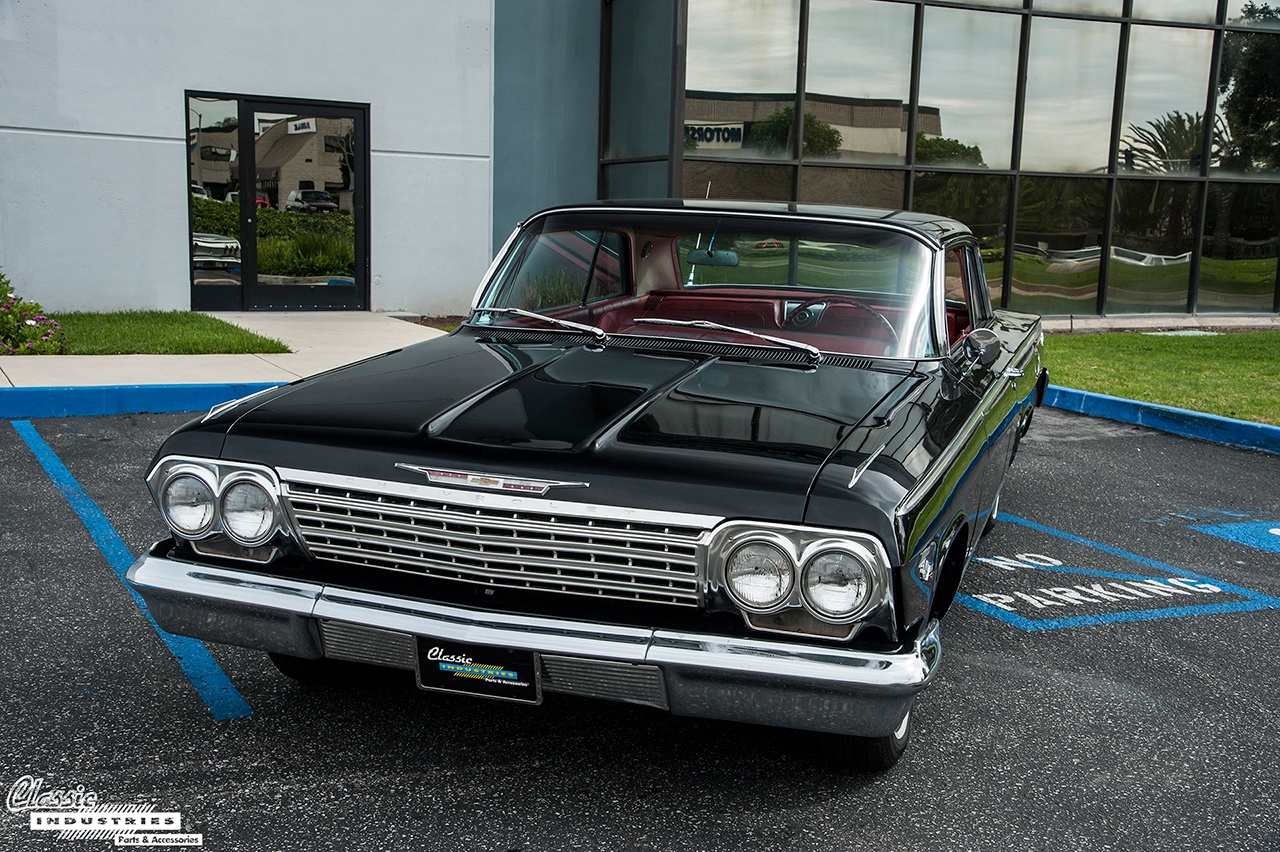 One easy way to spot a '62 Impala is to look at its park lamps. They appear to sit below and behind the headlamps, with the edges of the headlamps overlapping onto the park lamp.

The 1963 Impala is more angular than its predecessor, with two straight lines down the sides instead of the slanted lower body line seen on the '62. The headlamps were moved inside the grille once again, and the park lamps became smaller, sitting below and between the headlamps with no more visual overlap. 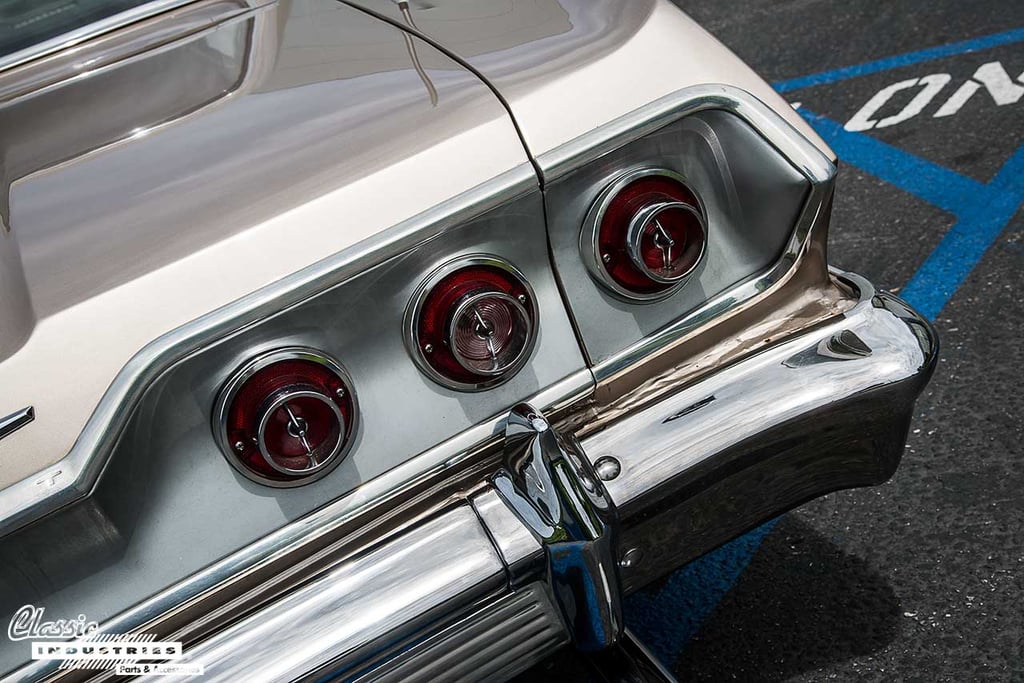 One way to identify a '63 Impala is to look for the continuous ring of trim that surrounds its triple taillights. This can be seen clearly in the image above.

The '64 Impala rounded off some of the sharper edges of the '63 design, with an upper body line that looped back around instead of coming to a point at the end of the rear fender. Its grille smoothed out into a wide oval shape, with dual headlights in round bezels. Notably, the front park lamps moved onto the bumper — this is a quick way to ID a '64 Impala, such as the example below that was restored by Crossroads Vintage Restorations in Texas. 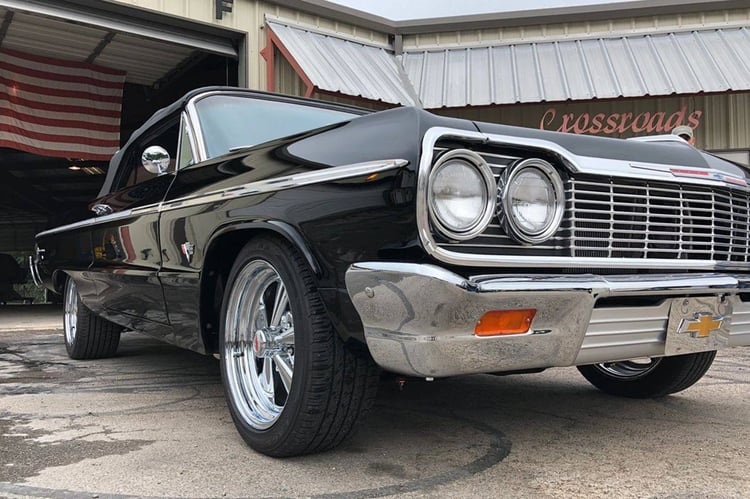 By 1964, the Chevy Impala had changed drastically from its finned, aircraft-inspired appearance just six years earlier. We appreciate each and every step in this classic car's evolution, and always enjoy seeing one on the road, whether it's an early or late model. If you own a Chevy Impala, be sure to click the button below to get a free full-color Classic Industries Impala restoration parts catalog.