A few days ago, we received a message from Crossroads Vintage Restorations in Texas regarding a customer's 1964 Impala SS convertible that the shop recently completed. Many parts from the Classic Industries Impala parts catalog were used in this build, and the results are stunning, but there's also a fascinating story behind this car. Russ, the owner, scraped together enough cash to buy it for $700 back when he was sixteen years old. Almost forty years later, it has been fully restored to the beautiful condition seen here. 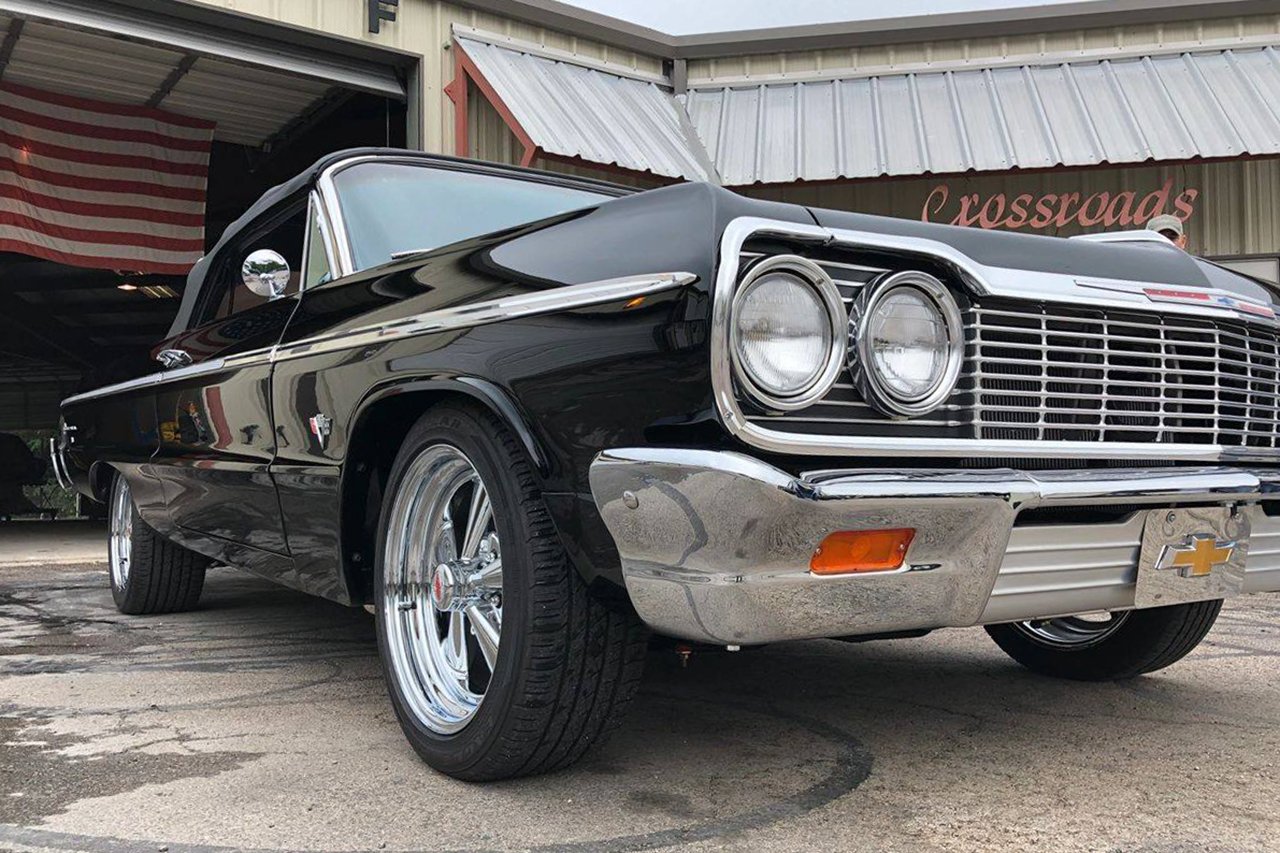 According to an article on the Crossroads blog, Russ bought this car using money he had made by selling some cows he raised for his high school 4H program. It became his first car, and he drove it until graduation, but then other priorities led him to put the Impala into storage. It was rolled into a barn on his family's property and covered with a tarp. He always wanted to restore it, but more than three decades passed before he had the opportunity to do so.

When Russ brought the Impala to the Crossroads shop, it was in rough shape. Age, moisture, and rats had caused it to deteriorate, leaving the interior dirty and convertible top shredded. The original drivetrain had also been removed long ago. So, the shop's crew rolled up their sleeves and got started. 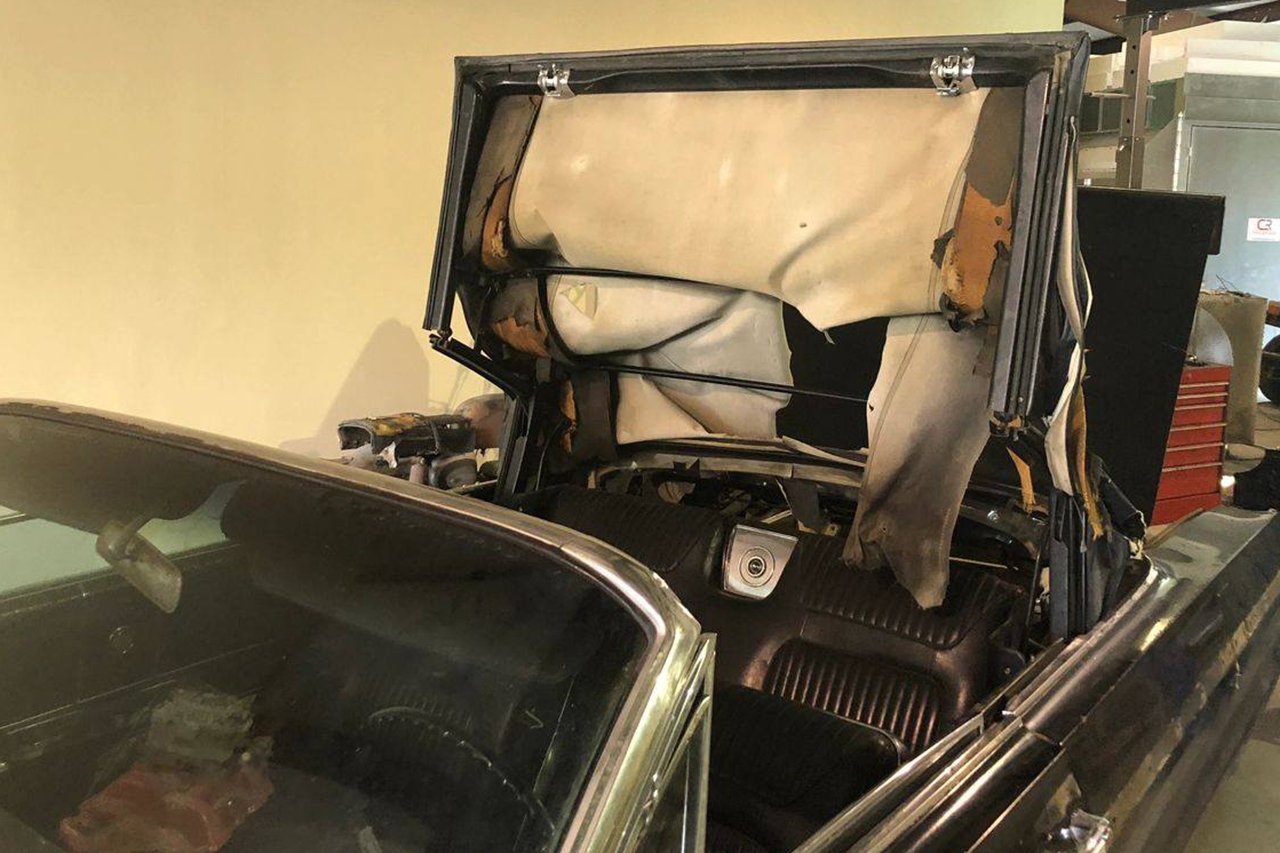 The body was stripped and repainted in a fresh coat of gloss black paint, and the ruined soft top was replaced with a brand-new black top. Crossroads sourced the grille, exterior trim, emblems, and many other small parts from the Classic Industries catalog. 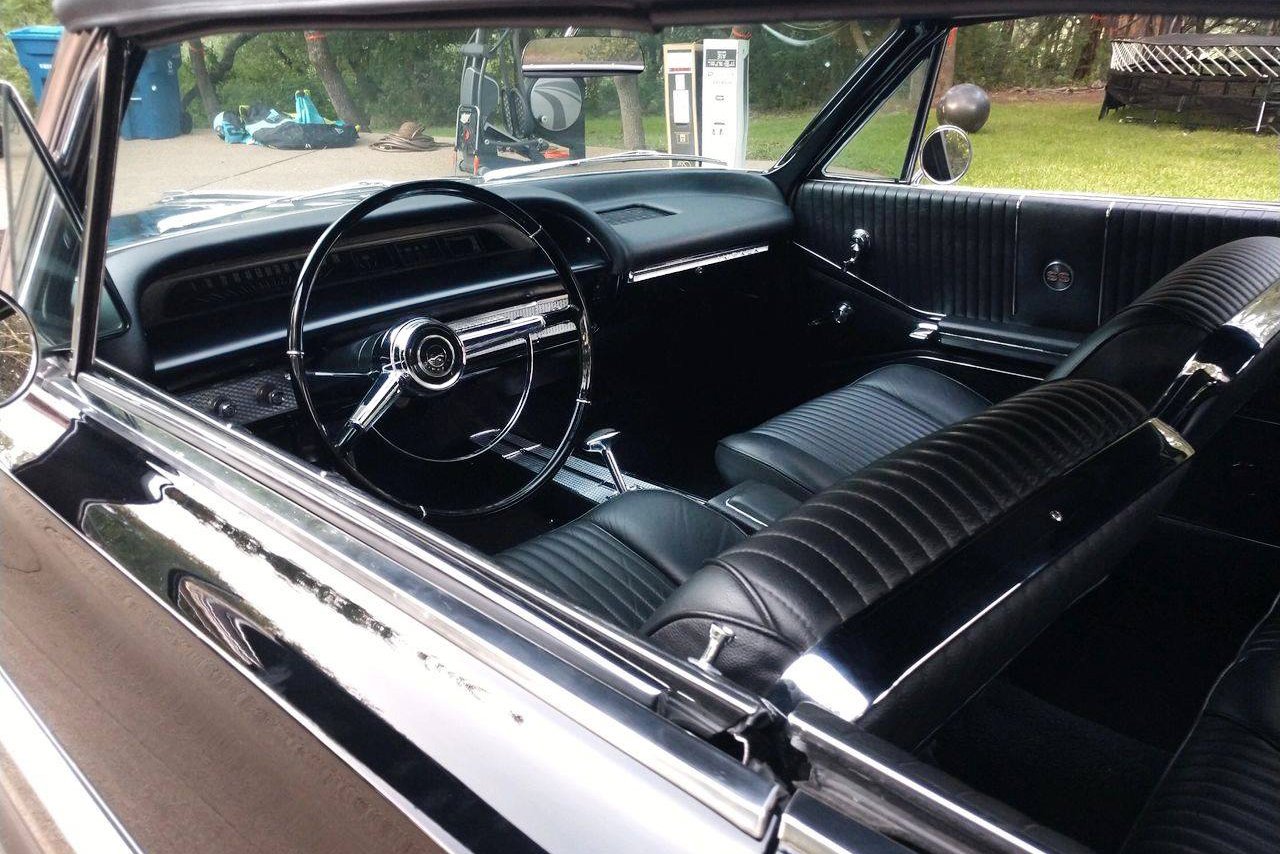 Moving to the interior, new black carpet, seats, door panels, dash, and numerous other pieces were replaced with original-style reproduction parts. The result looks like it would've fit right in at a Chevrolet showroom back in the '60s. 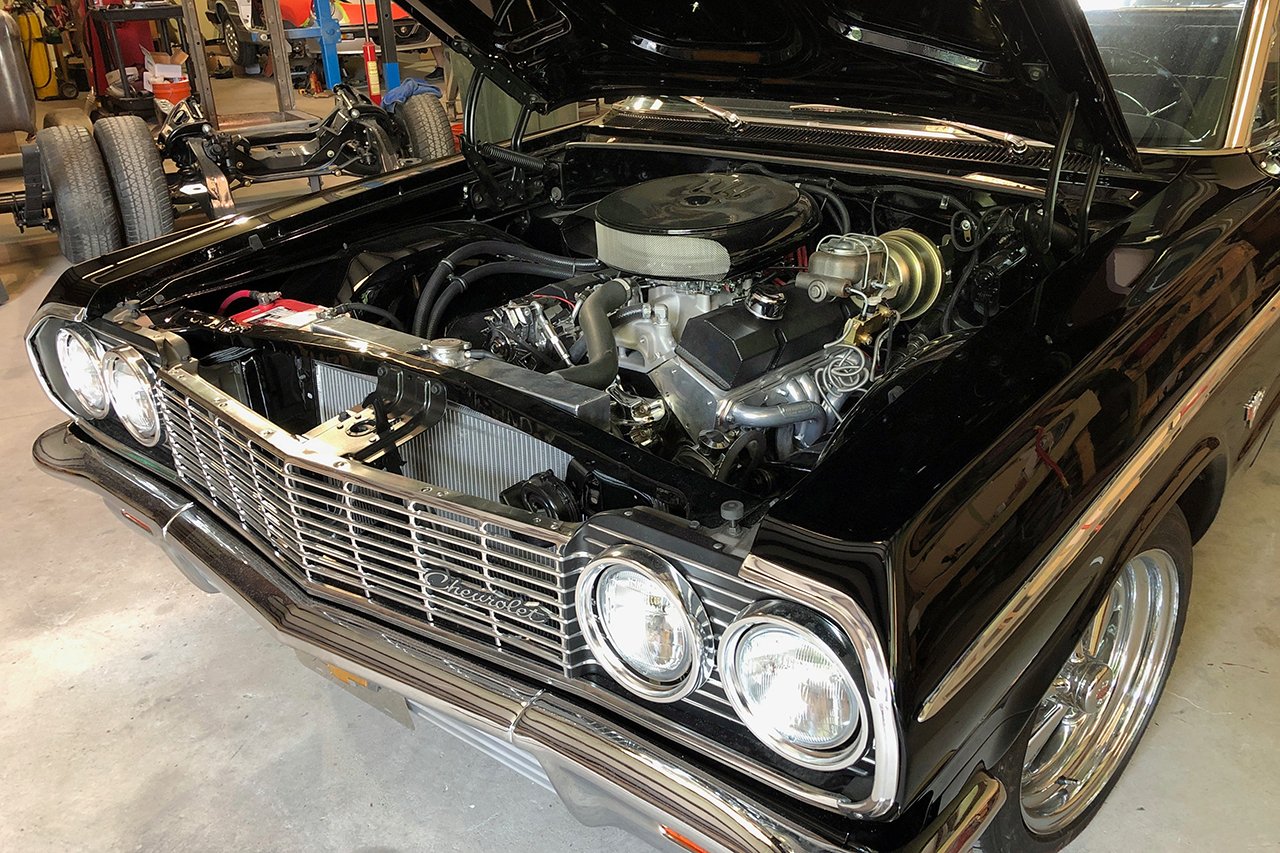 Since the original engine and transmission were long gone, Crossroads dropped in a turn-key 383 stroker V8 paired with a TH-350 automatic transmission. It was upgraded with a gloss black air cleaner, ceramic-coated headers, an aluminum radiator, and other performance parts. Classic Cragar wheels fill the wheel arches perfectly, and give the Impala an aggressive stance to match the horsepower lurking under its hood.

Russ involved his two sons in the restoration process, allowing them to help him make choices about the build. Once it was complete, he told Crossroads that they were just as impressed as he was. "My sons seeing the difference between what the Impala looked like when it was removed from the barn, to how it looked after the restoration, was just amazing... it’s better than when I purchased it as a sixteen-year-old kid!”

Crossroads also let us know that Classic Industries parts were instrumental in completing the project. "We love your company and the client LOVES his car," wrote one employee. We're glad we could be part of this cool restoration project, and we hope that Russ and his family enjoy their '64 Impala for many decades to come!

If you'd like to see the parts and accessories Classic Industries has to offer for your 1958-1996 Impala or other Full-Size Chevy vehicle, click the button below to get your free, full-color Impala restoration parts catalog.