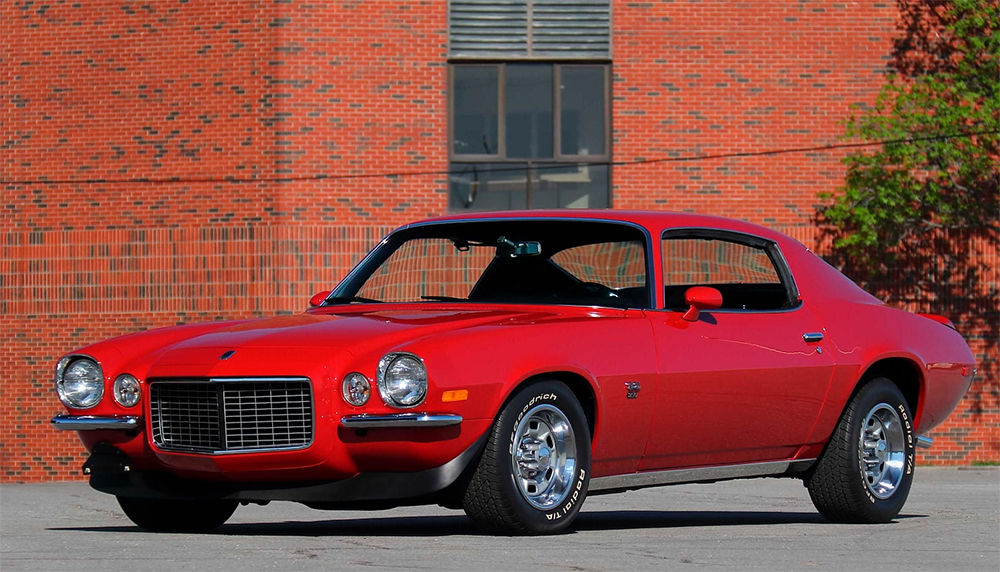 Imagine that you're a designer at Chevrolet, and you have the challenge of leading the elite GM design team to create the 2nd Gen Camaro, which will debut in the 1970 model year. What an honor and certainly also a stressful opportunity you'd have in front of you. Reimagining Chevrolet's nearly perfect and much beloved 1st Gen Camaro and taking it up a notch in terms of style, comfort, performance, and increased sales...no pressure there, eh? Join us as we take a look at the styling inspiration for the 1970 2nd Gen Camaro and how the design evolved through the end of its production run in 1981. 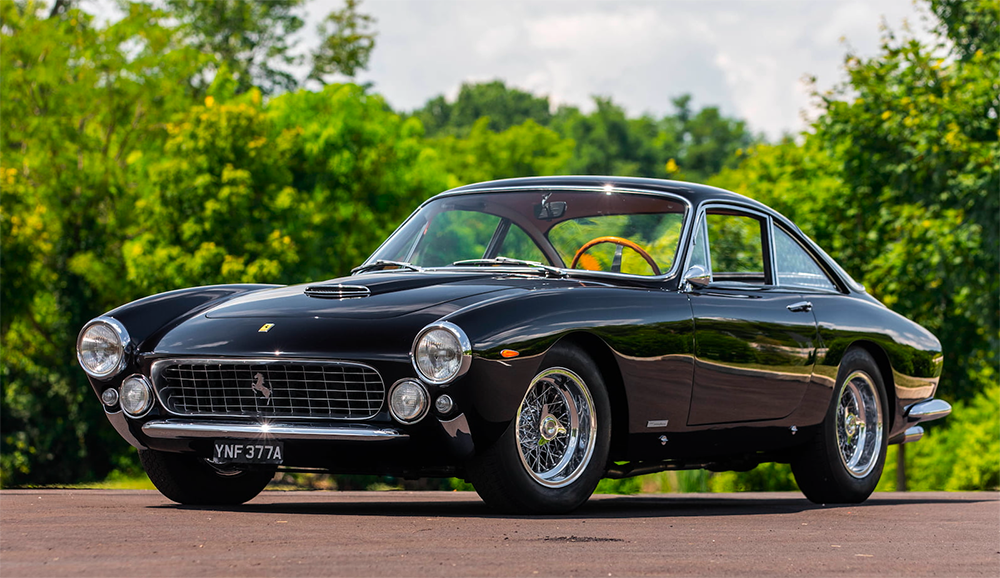 As automotive historians will recount and GM's yearly sales figures from the time confirm, the 1970-1981 2nd Gen Camaro was a smashing success. European styling influences included the sublime 1963-1964 Ferrari 250GT Berlinetta Lusso. The 250GT Lusso was penned by famous Turinese coachbuilder Pininfarina. At the time this Ferrari was considered the most elegant Prancing Horse ever produced. Unlike many other Ferraris of the era, it wasn't intended to go sports car racing. Its reason for being was to be the most distinguished gran turismo (grand touring; GT) road going Ferrari. 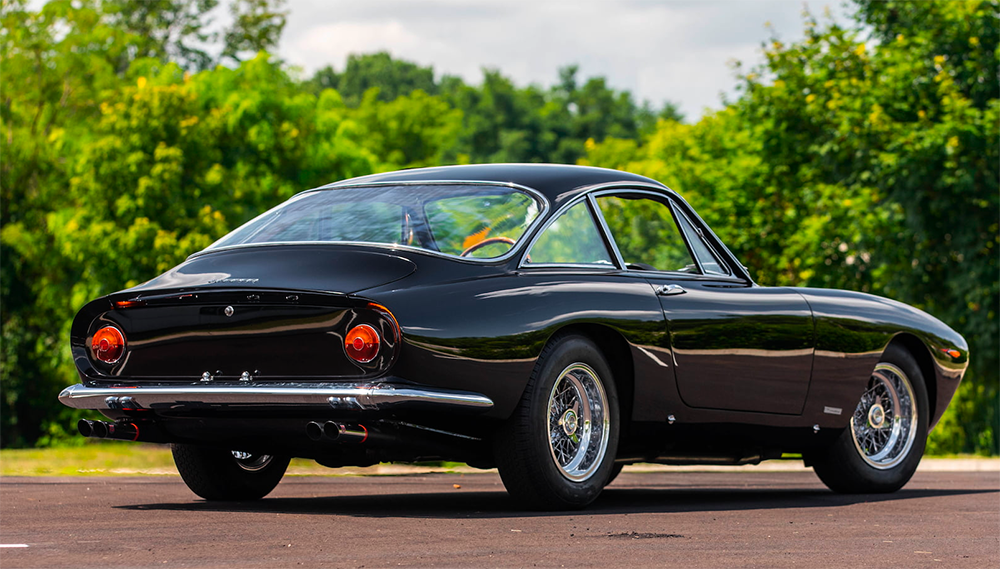 From examining the three-quarter front and three-quarter rear photos of both the 1970 RS Camaro and the 1964 Ferrari 250GT Berlinetta Lusso, one can see how GM's designers were influenced and inspired by the exceptional silhouette of the 250GT Lusso. Both cars have gun barrel front fenders. Each sport a long hood that curves gracefully over the V8 and V12 powerplant (respectively) underneath. While each vehicle is also equipped with a short deck lid. Both have an egg-shaped grille, though the 250GT Lusso's is wider and skinnier. The body sides of the Camaro and the 250GT Lusso also flow similarly. There are many common design themes here.

Yet, it's so remarkable that the Lusso appears purely Italian and European, while the Camaro still somehow has an American pony car essence to it, perhaps with some European grace and sophistication mixed in to set it apart from its all-American pony and muscle car rivals. If you're still a bit confused by the 1970 Camaro's appearance, all you need do is lift the hood to find an American V8 inside. Equally with the 250GT Lusso, there's a 3.0-liter V12 mill not far behind its wide egg-shaped grille - Italian muscle at its finest. 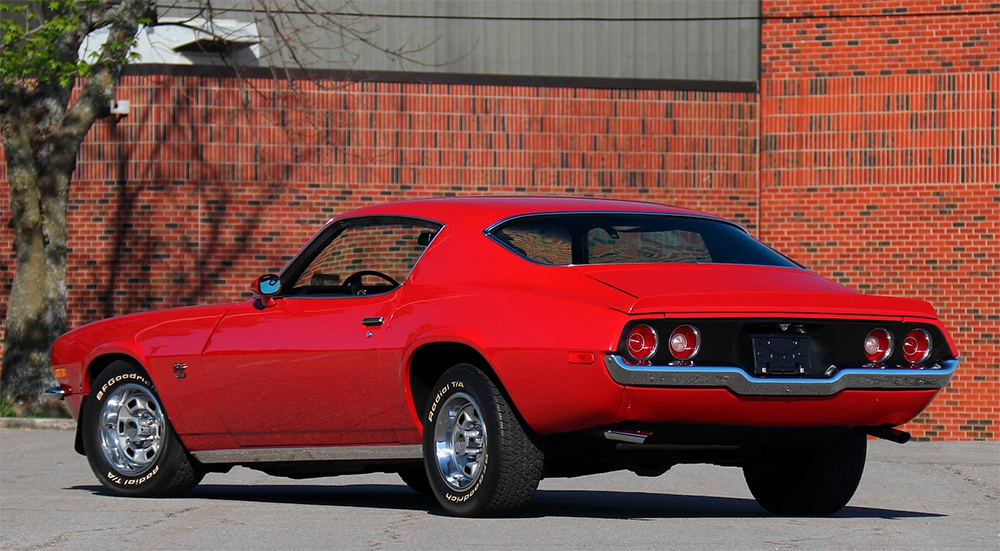 Notice how the Camaro and the Ferrari have body and door panels that curve inward down to the rockers? That's so to accentuate the width of the tires and the two vehicles low and wide road hugging stance.

The 1970-1981 Camaro is longer, wider, and rides lower to the ground than the 1st generation Camaro of 1967-1969. It was built to compete head on with its chief foe, the Mustang. For several of the years during this generation, the Camaro outsold the Mustang.

Above and below: This 1974 Camaro is the last Camaro that the famous GM performance Nickey Chevrolet dealership in Chicago converted to being equipped with an L88 427-cubic inch V8 engine (the license plate reads LAST 1). The custom hood bulge is to fit over the 427 big-block V8, which is shown below. Federal safety regulations required 2.5 mph impact front and rear bumpers, starting in 1974. In years 1974-1977, GM's engineers complied with this mandate by using rubber cushion-clad, beefy aluminum bumpers attached to leaf spring brackets front and rear. 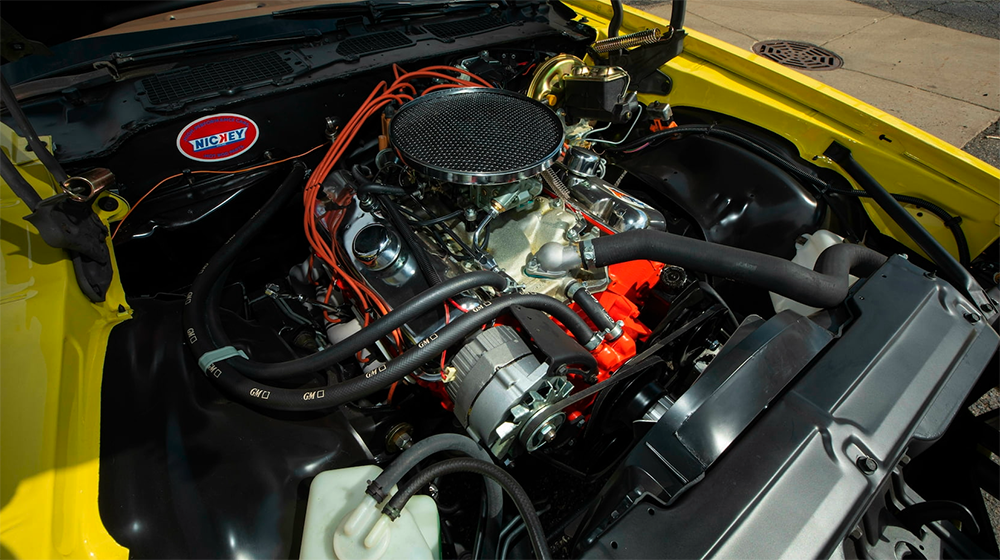 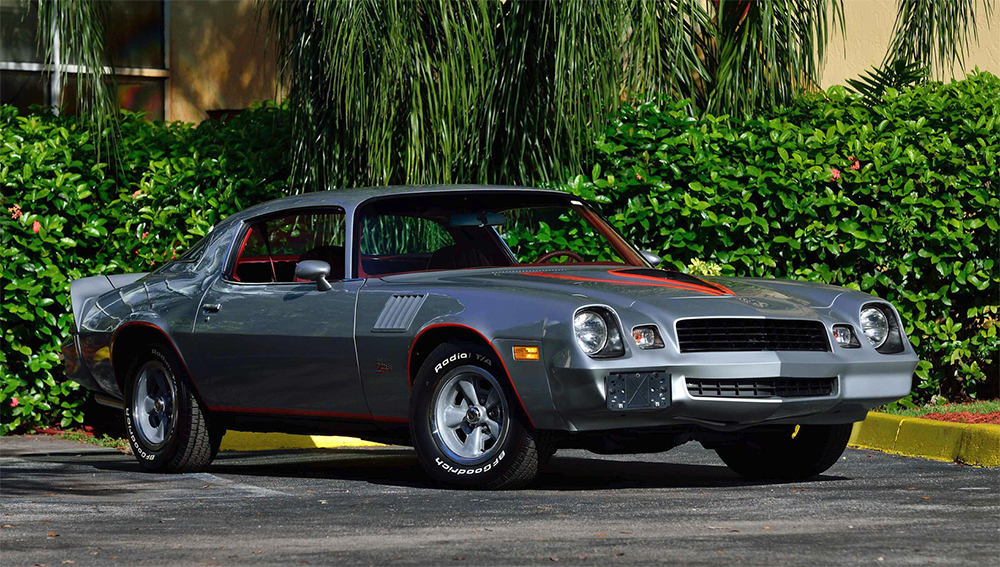 Above and below: With the urethane bumper covers and the other exterior styling changes, the 1978 Camaro has a more modern look. Meanwhile, the updated interior is as comfortable and accommodating as it looks.

The sleek 1978-1981 version of the Camaro closed out the 2nd Gen in high style and comfort. Given the U.S. government's push to quell the fuel inefficient muscle cars of days gone by, horsepower and torque ratings were way down for all U.S. auto manufacturers from the glory days of the American pony and muscle car. Still, Chevrolet met this challenge head on by engineering and designing the 2nd Gen Camaro to handle better, achieve better fuel economy, be more comfortable and safer to drive, and continue to have modern exterior styling that was the envy of and an aspirational target for the engineers and designers at Ford/Lincoln/Mercury and Chrysler.

Above and below: 1981 Camaro Z28. All car photos are with permission of Mecum Auctions. 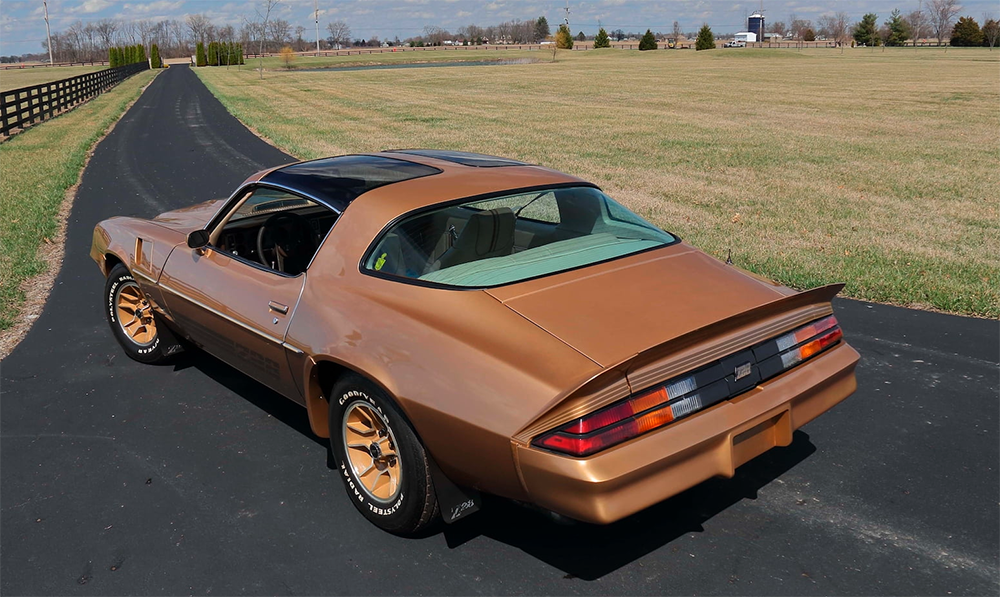 This new OER® lower front grill unit is for 1980-81 Camaro Z28 models (part # 14011770). Each grill is manufactured in injection molded urethane that replicates the original in quality, appearance, design, and fitment. The component features the correct black color with the factory mounting points for installation. 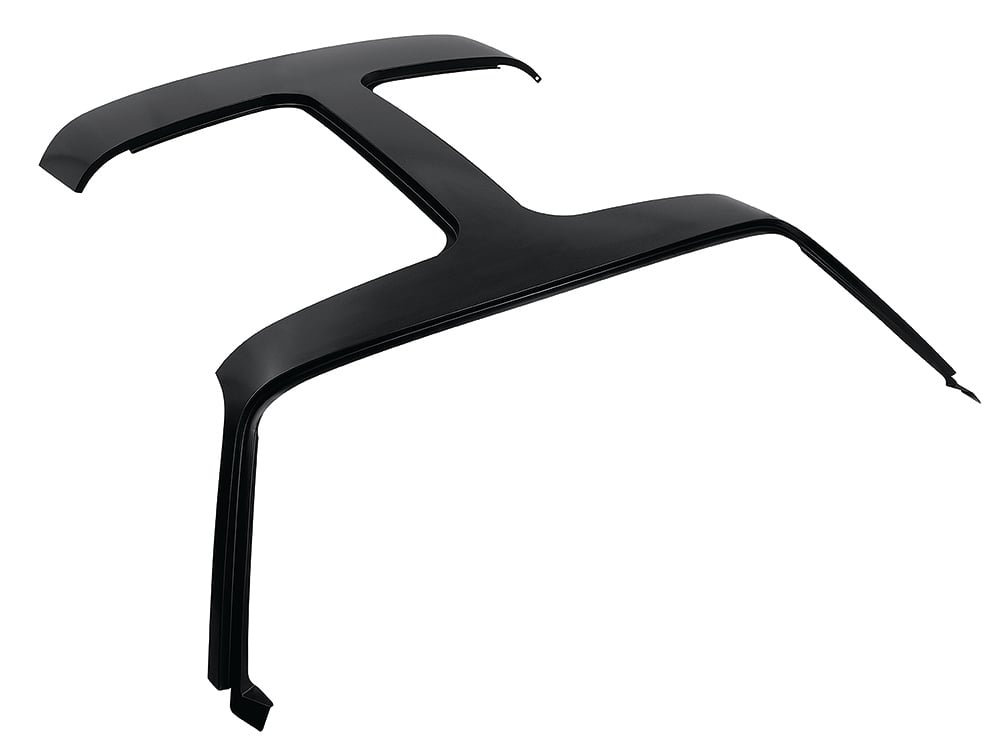 This new OER® reproduction part is of the outer T-Top roof panel for 1978-81 Camaro and Firebird models with the T-Top option (part # 153996). Each roof panel is manufactured in stamped steel to OE factory specifications and replaces the rusted or damaged original panel exactly. To prevent corrosion, the panel comes EDP coated. The panel features provisions to allow installation of the T-Top weatherstrip and the T-Top roof panels. This T-Top panel is for use with the 1978 2nd design (late production) models with the Fisher T-Top.

This new and superb OER® reproduction of the Camaro interior dash pad is designed for 1970-78 Chevrolet Camaro models (part # 3972032W - with AC, part # 3972003W - without AC). Each dash pad is manufactured using OE-style vinyl skin over foam materials that produces a beautiful replica of the original padded dash. The dash pad features the correct grain and factory style faux stitching providing an authentic original appearance. It can be painted to any desired original interior color by using OER interior paint. The dash pad includes mounting clips and instructions for installation. This exquisite reproduction is available in black.

OEM - style dashes were NOT made in modern urethane materials. This dash is produced exactly like the original GM dash pad, with a vinyl skin over foam construction. This is the only real OEM style 1970-78 Camaro dash on the market today.

We welcome the opportunity to help you find your restoration, performance parts, and accessories for your 2nd generation Camaro. Click the button below for a free Chevrolet Camaro Parts and Accessories Catalog.

Would you like to read more about GM's Camaro? Check out our previous articles below: