If you've ever seen a 1955-57 Chevy classic car and wondered what its original specifications were, there's one way to find out for certain: examine the VIN plate and the trim tag. These two pieces of metal were riveted onto the body of all Tri-Five Chevy vehicles, and each provides some valuable information on the way they looked when they left the GM assembly line back in the 1950s. Read on to learn how to use our 1955-57 Chevy VIN decoder and trim tag decoder to find out more about your own '55-57 Chevy, or one you're thinking about buying and restoring.

Unlike our Firebird / Trans Am VIN decoder or our Nova VIN decoder, which span multiple generations with different vehicle identification number formats, the 1955-57 Chevy VIN decoder is very simple. Just look on the left front door hinge pillar post for a VIN plate that resembles the graphic above, and use the information below to decode it. 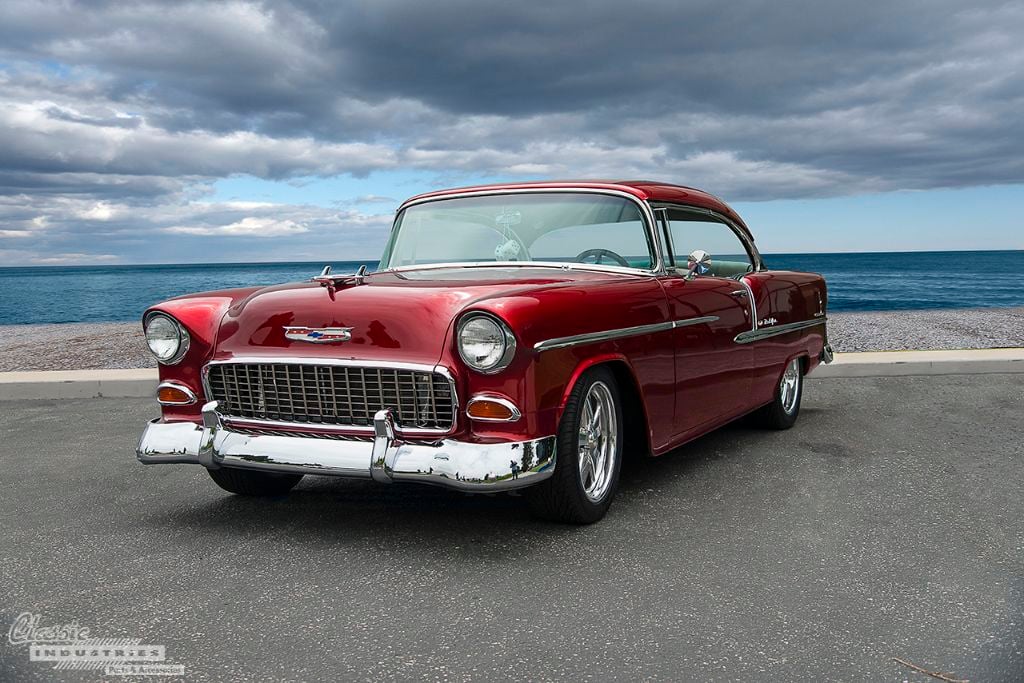 D: Assembly Plant
The final letter of the V.I.N. represents the assembly plant at which the vehicle was built. Between 1955-57, ten primary assembly plants manufactured passenger cars. Oakland, CA used the plant code “O”, which can sometimes cause confusion with the sequence number, especially in 1955-56 models where the sequence begins with a zero. 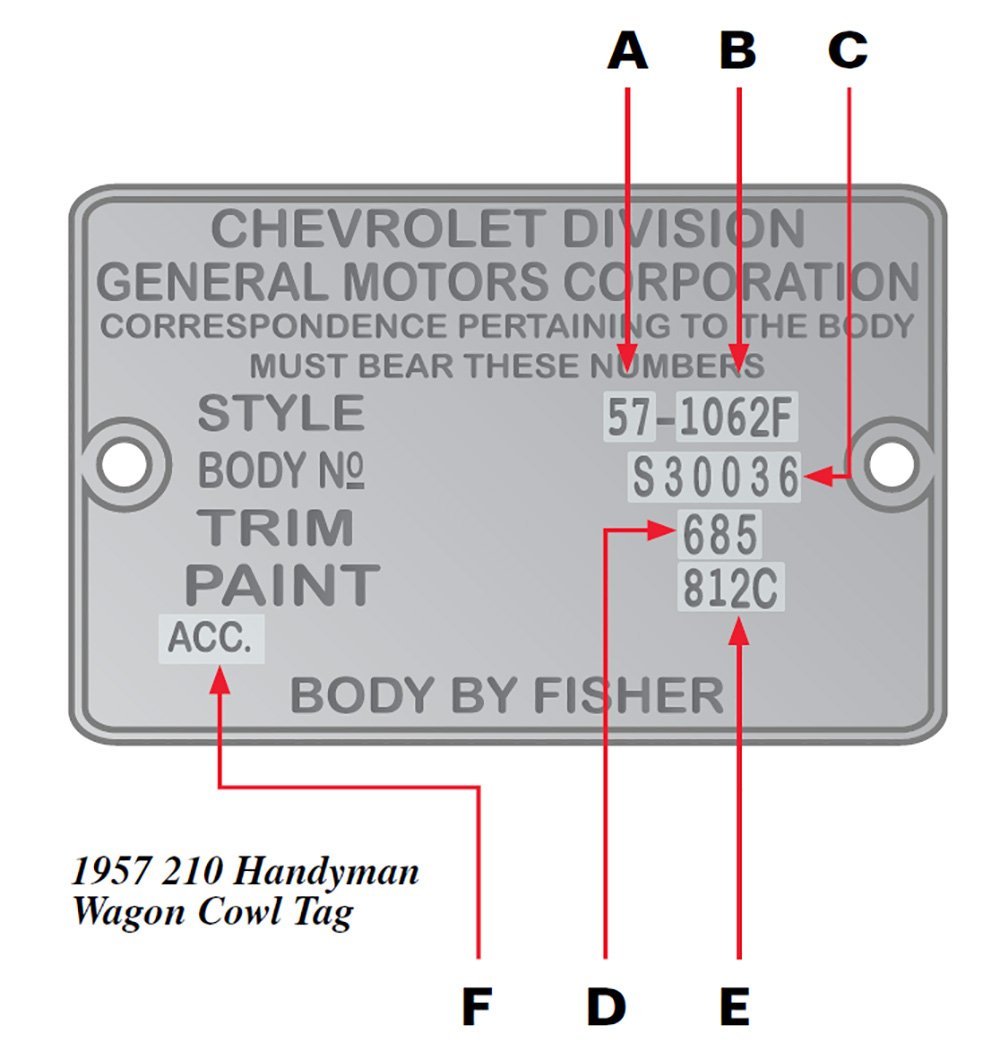 The trim tag, also known as the cowl tag, is attached to the right hand side of the cowl panel under the hood. The plates represented a vehicle’s most basic body characteristics from Fisher Body, the coachworks contracted to build vehicles for Chevrolet Motor Division. The cowl tag provides invaluable information to the car’s original paint color, interior color and material, and the location of the plant at which the vehicle was built.

B: Model Identification Code
The second set of digits in the style number code represents the style of the vehicle’s bodywork. Within this code, the first two numbers represent the Series Identification – “10” for 210 or Bel Air, "12” indicating 150 Series. The last two numbers represent the bodywork style of the vehicle. A detailed list can be found below.

Note: Up to two letters can also be found after the four numbers. A “D” as the first letter represents a Bel Air Series model while an “F” in either location represents a station wagon model. Example: 1062DF can be identified as a Bel Air 4 door wagon. 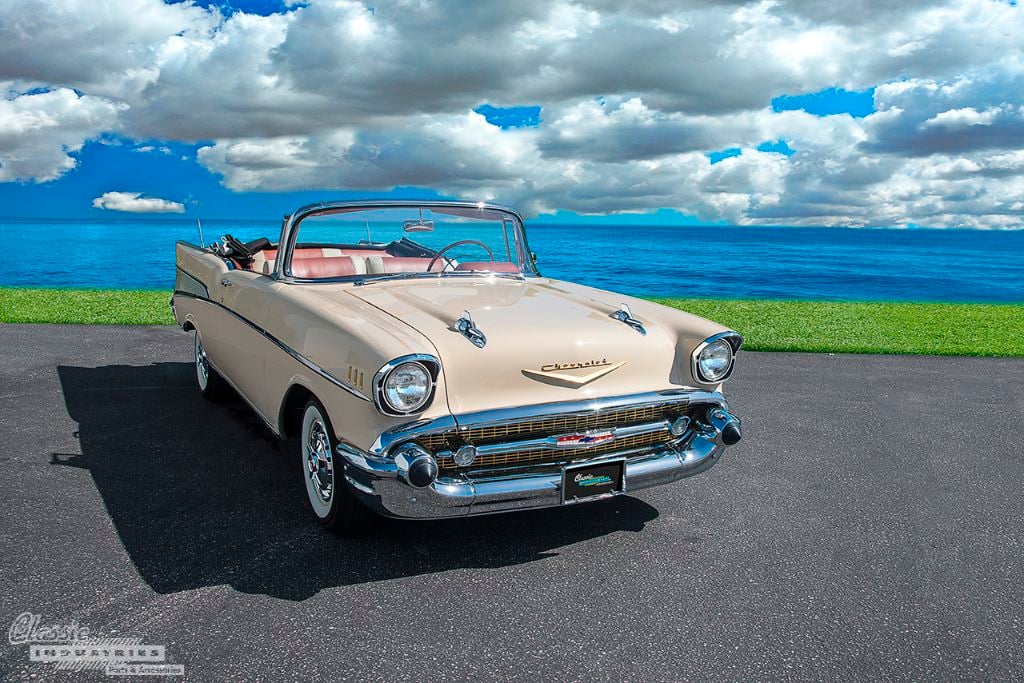 D: Interior Trim Code
This three digit number represents the interior color and materials for a given vehicle. Codes and patterns are different for each year, but color combinations may cross over.

F: Vehicle Options
If a particular vehicle was to be built with optional equipment, the codes for these extras would be stamped below the exterior paint color code. However, even vehicles with options sometimes did not have a stamping on the cowl tag. Minor options were not indicated on the cowl tag. Major options, such as a partial list below, were included. 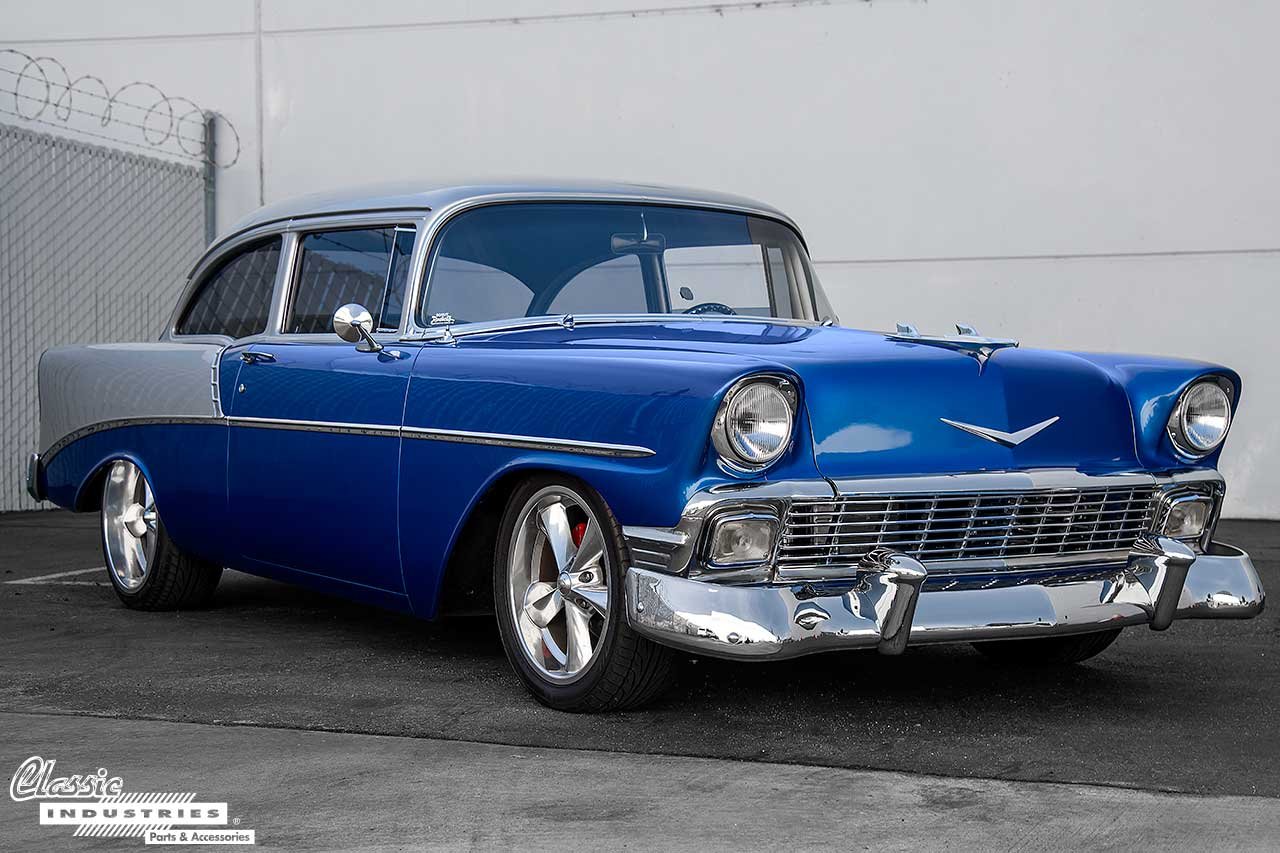 Now that you've used our 1955-57 Chevy VIN decoder and trim tag decoder to determine your car's original specifications, you may be looking for restoration parts. Classic Industries has everything you'll need to get your classic Tri-Five running smoothly and looking brand-new again. We also have a wide selection of performance parts, accessories, and maintenance items. Click the button below for a free full-color Tri-Five Chevy parts catalog.