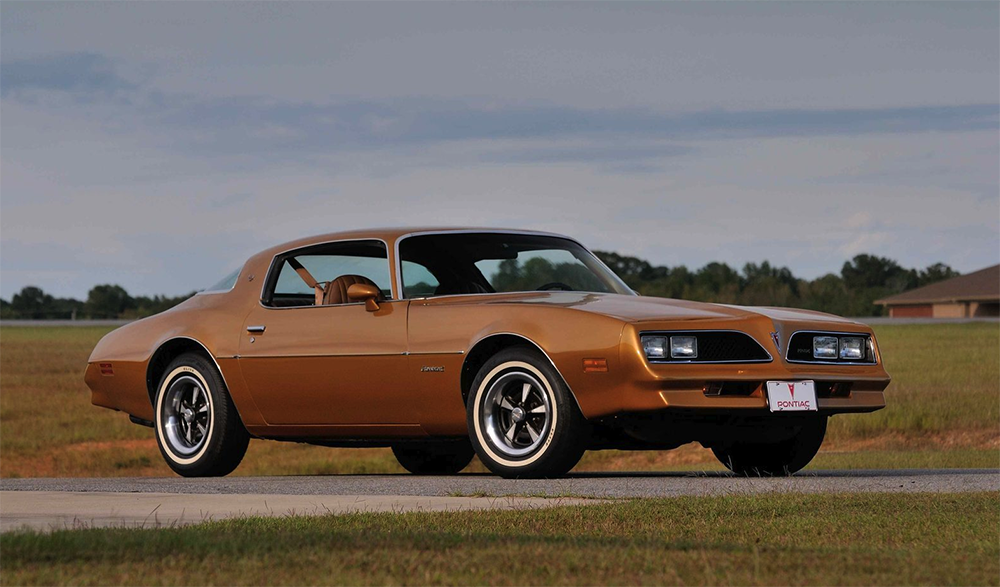 The sort of vehicles that someone gets exposed to in one's upbringing can lead to the kind of cars and trucks that the driving age person wishes to own. If the vehicle is old enough (and the car's would-be caretaker has sufficient spending cash), it could be the sort of car/truck that an auto enthusiast wishes to purchase as a project vehicle to maintain (if it's running), renovate, or resto mod. The various forms of media - a la radio, TV, the movies, the internet, video games, etc., all can contribute in a big way to this sort of automotive exposure and influence.

Let's not forget the impact your family and friends can have on you, too. If for example, your parents are automotive enthusiasts, they may introduce you to the brand and vintage of vehicles that interest them, which may well expand the epochs and styles of automobiles that you come to be captivated by. 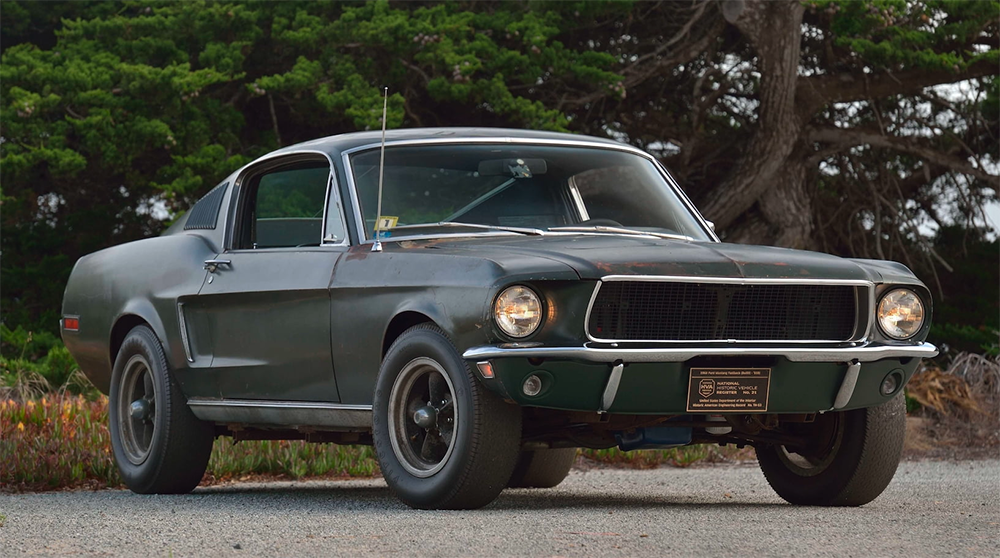 Above and just below: The Hero Car driven by Steve McQueen in the 1968 Warner Bros film, "Bullitt" - a 1968 Mustang GT390, four-speed - it's the 21st vehicle entered into the National Historic Vehicle Register. 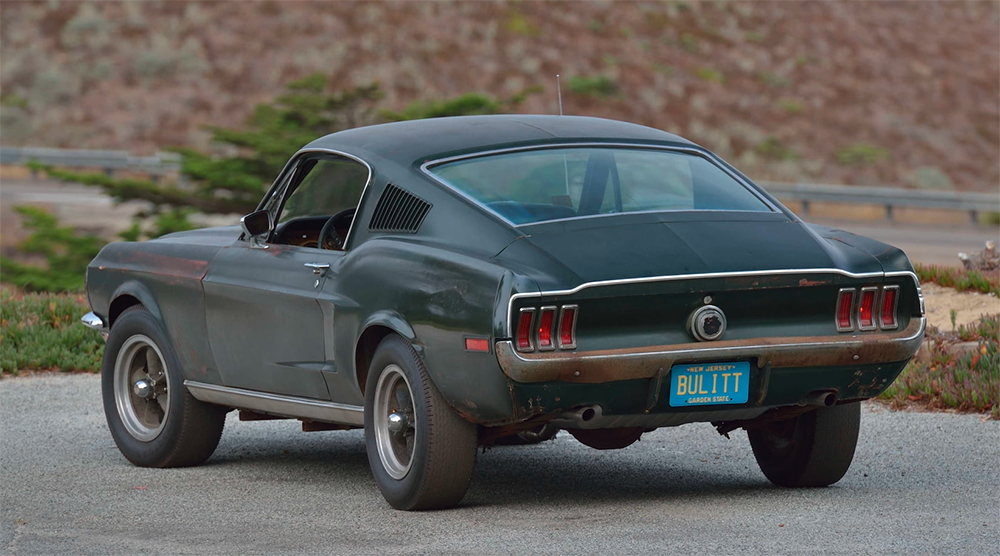 How many 1960's vintage Dodge Chargers and Ford Mustangs have been sold, restored, or resto modded thanks in part to the media exposure from that infamous car chase scene in the Steve McQueen movie, "Bullitt?" We're sure that there have been many (this humble scribe can account for three 60's vintage Mustangs himself to date, and currently a 2019 Mustang fastback daily driver to boot). As any fully grown gear head who used to rent "Bullitt" at Blockbuster Video would tell you, when the videotape was slid into the VCR, the video was always cued up right at the start of the chase scene between the 1968 black Charger with the hubcaps that wouldn't stay on versus the 1968 Mustang fastback with the ever-so-cool American Racing Torq-Thrust D mag wheels piloted by Mr. Cool himself, Steve McQueen, aka Frank 'Bullitt.'

Above: A black 1968 Dodge Charger, replete with dog dish hubcaps, like the vehicle driven by the bad guys in the movie, "Bullitt"

Throughout the hit series six-year run, Garner performed most of his own driving and physical action stunts. Garner piloted most of the driving maneuvers in 1974-1978 Sierra Gold Firebird Formulas, disguised as the base model Firebird Esprit, in keeping with Rockford's low-profile, unassuming P.I. demeanor for the show. He said in his autobiography. “I’d driven race cars a little in Grand Prix and gotten the bug. One maneuver became kind of a signature of the show. People thought I invented it and began calling it a ‘Rockford,’ but it was really just a reverse 180, also known as a ‘moonshiner’s turn’ or ‘J-turn.’ When you’re going straight in reverse at about 35 miles per hour, you come off the gas pedal, go hard left, and pull the emergency brake. That locks the wheels and throws the front end around. Then you release everything, hit the gas, and off you go in the opposite direction.”

Above, lead photo, and just below: One of the three 1978 Pontiac Firebird Formula's that was used for the 1978-80 seasons of 'The Rockford Files' - the TV crew removed the Formula's twin snorkel hood and re-badged the car as the entry level Esprit. A private investigator needs a low-profile car for following the baddies or for stake-outs and surveillance work. 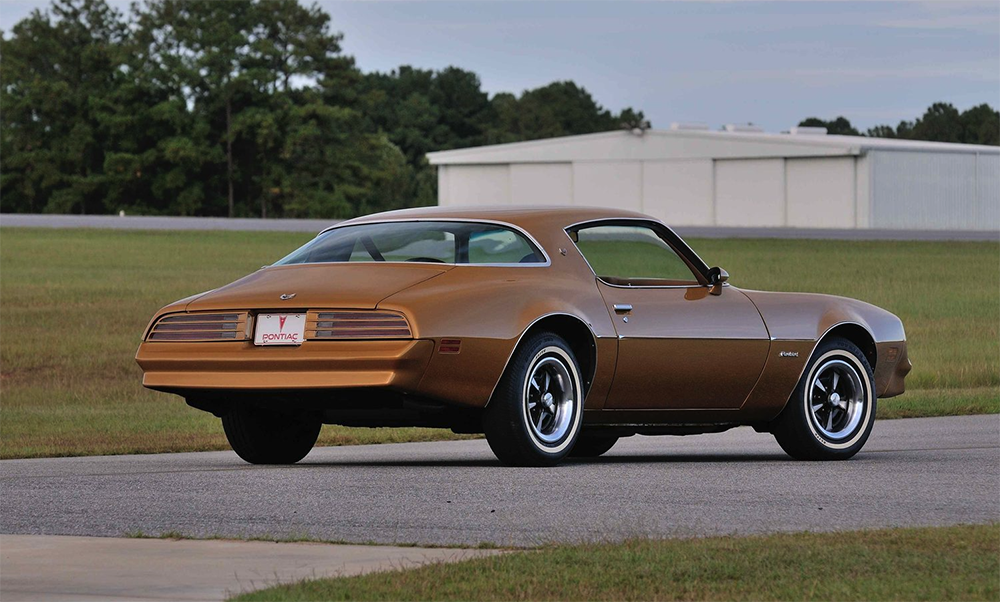 Whether you intend to cruise your American pony or muscle car easy or perform a Rockford or two (on a closed track, of course) like James Scott Garner, aka Rockford, Classic Industries has the parts that you need to equip your car back to factory fresh or resto mod new. As a case in point of just such a product, OER manufactures a faithful reproduction of the seat belt guide for use on various 1973-81 GM models with bucket seats.

These seat belt guides are manufactured in injection molded ABS featuring the correct dimensions and grain that matches the original guide. The guide attaches to the upper, outer side of the bucket seat and allows the seat belt webbing to be secured without twisting. The guides are sold individually, with two being required per vehicle. They're available in six different GM factory hues: black (part # 9737575), Firethorn Blue (part # 9691906), Firethorn Red (part # 9732268), Buckskin (part # 9691910), Dark Green (part # 9691911), and white (part # 9793576). These distinctive seat belt guides fit on 34 different General Motors vehicles from 1973-81. If you suspect that this may be the very component that you need to finish off your GM vehicle's interior, simply click on the above part number for the listing that matches the color that you require to find out more about the component.

Manufactured in injection molded ABS featuring the correct dimensions and grain that match the original guide, these seat belt guide escutcheons attach to the upper outer side of the bucket seat. The triangular seat belt guides above then snap into these escutcheons. The escutcheons are sold individually. Two are required per vehicle.

Above: Here's a shot of some original filming of the TV show 'The Rockford Files' down at the docks in San Pedro, California. That may be actor James Garner behind the wheel of his dad's (in the TV show) 1975 GMC K-1500 4x4 pickup truck. Some of the driving scenes were shot for the show at the docks. A buddy's dad managed the docks and coordinated filming with the show's TV crew. Every once in a while he'd take us to work with him, so we could see all the action. Photos one, two, three, four, five, and six are with permission from Mecum Auctions.

Classic Industries prides itself on having the most comprehensive selection of restoration products in the industry. You can shop by vehicle online by clicking here. You can click here for 1967-2002 Firebird components. You can also get a free Firebird TransAm parts & accessories catalog by clicking the button below.