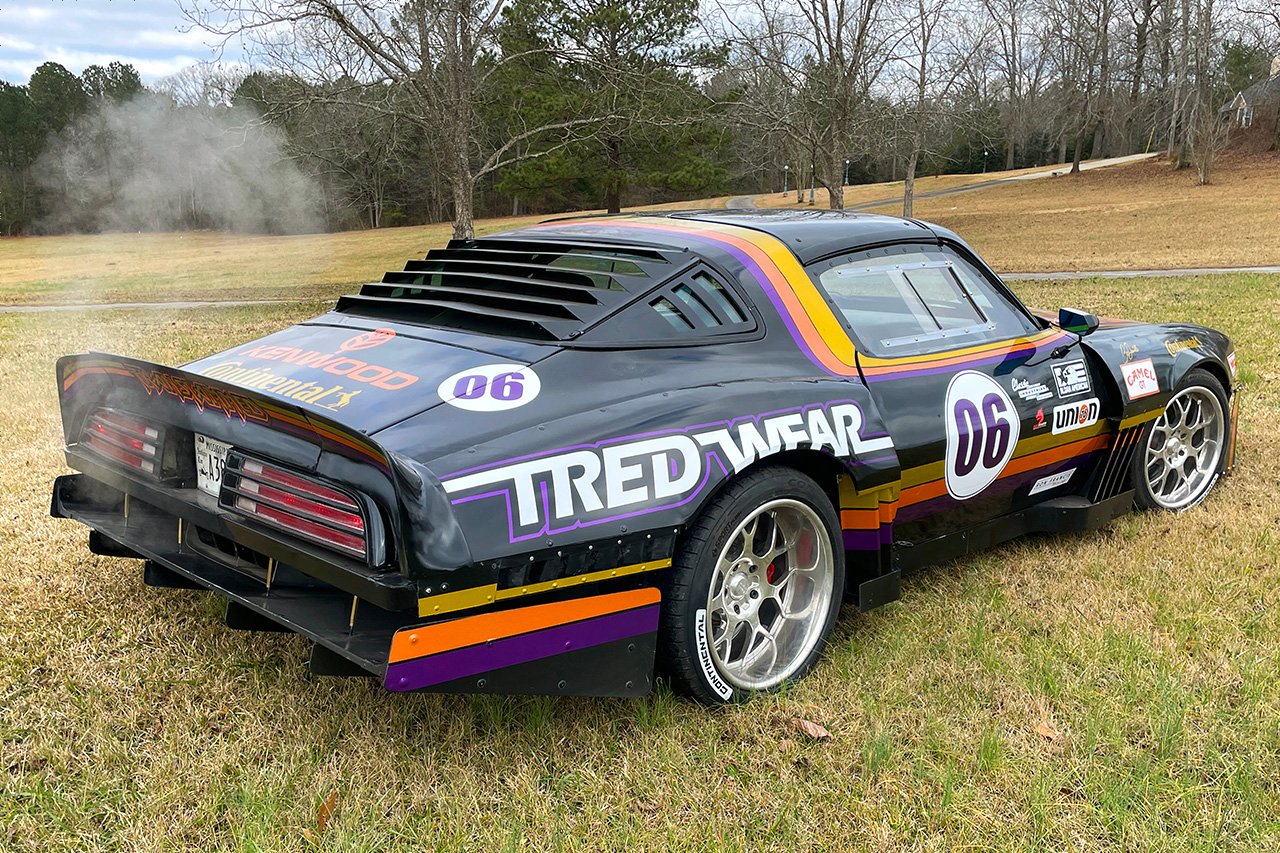 What do you do if you have two damaged cars that are beyond repair? Most people would sell them for scrap, or use them as parts donors for cars that are in better shape. The team at Tredwear had a much bolder idea: fuse the two cars together to create something truly unique. In this case, it was a 1978 Pontiac Trans Am shell blended onto the underpinnings of a C5 Corvette Z06. The result is an extremely cool wide-body muscle car with 1980s racing-inspired aerodynamic elements and graphics. Classic Industries contributed parts to this build, and we were able to get a behind-the-scenes look at how it all came together.

The concept for this project was an interesting alternate-history scenario: What did Bo Darville (of Smokey and the Bandit fame) do with his winnings after all those cross-country hijinks? According to Tredwear (the originators of the DIY permanent tire graphic) he went road racing, of course! Big and Little Enos sponsored him to run the 24-hours of Daytona in 1980, and this is what he built.

Tredwear co-founder Michael Hunt said, "We chose this specific car because of our love for the Trans Am, classic road race cars of the early '80s, and the Smokey and the Bandit franchise." The project would take the Tredwear team approximately three years to complete. 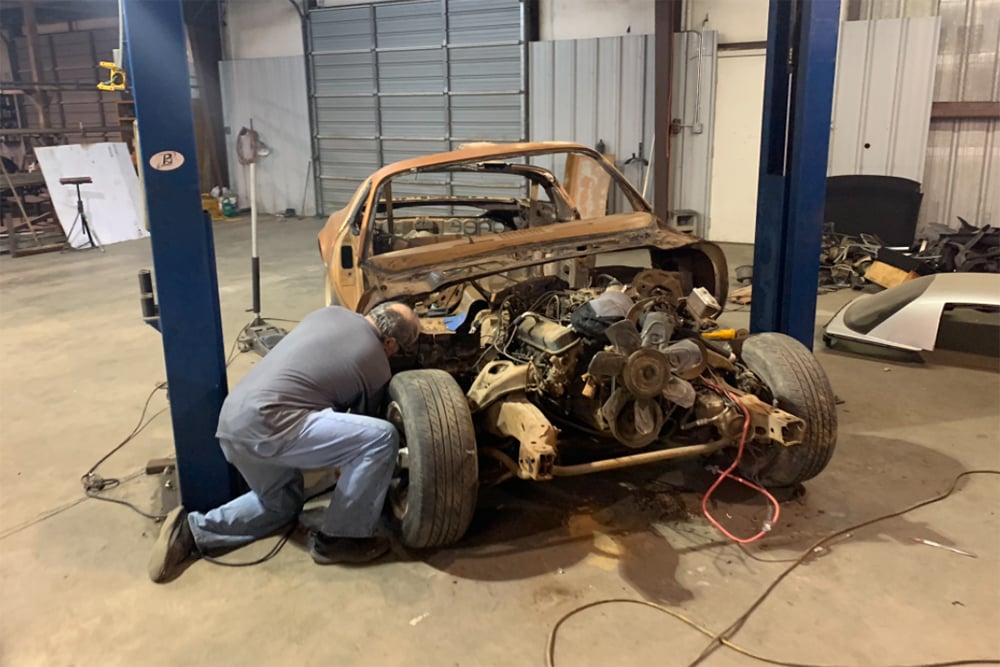 The build began with a non-running '78 Trans Am parts car. As you can see from the photo above, to say it was in rough shape would be an understatement. However, it provided the basic structure that would allow the Tredwear crew to craft a new and dramatic body for the Translammed project. 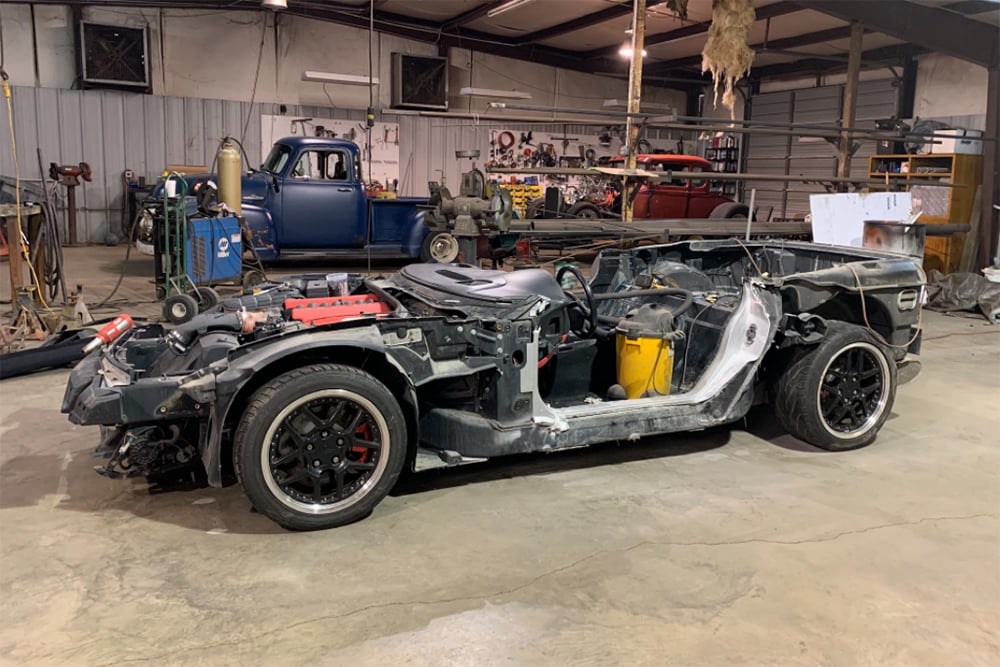 The other half of the project was scavenged from the remains of a C5 Corvette. Michael Hunt explained:

"The main challenge was to modernize the classic second-gen platform without spending $35,000 to $55,000 on a custom chassis and drivetrain. We found that the best way to do this was to start with a damaged C5 Z06, and combine the two. We found a low-mileage example in Mississippi for a very reasonable price. It was a 6 speed, LS6 V8, cold A/C, and arguably one of the best chassis to ever roll out of Detroit. All this for well under $10,000! We stripped it down to the mechanical skateboard and got to work."

"The wheelbase difference between the Trans Am and Corvette is just under 5 inches — not an insignificant difference. We wanted to modify the body, making it better without anyone noticing quite what we had done. No small task, but the results speak for themselves. Keeping in mind that we are turning a 2+2 into a 2-seater, the obvious choice was to shorten the doors and roof. The car we picked was a T-top which presented unique challenges, but was a must for cool factor." 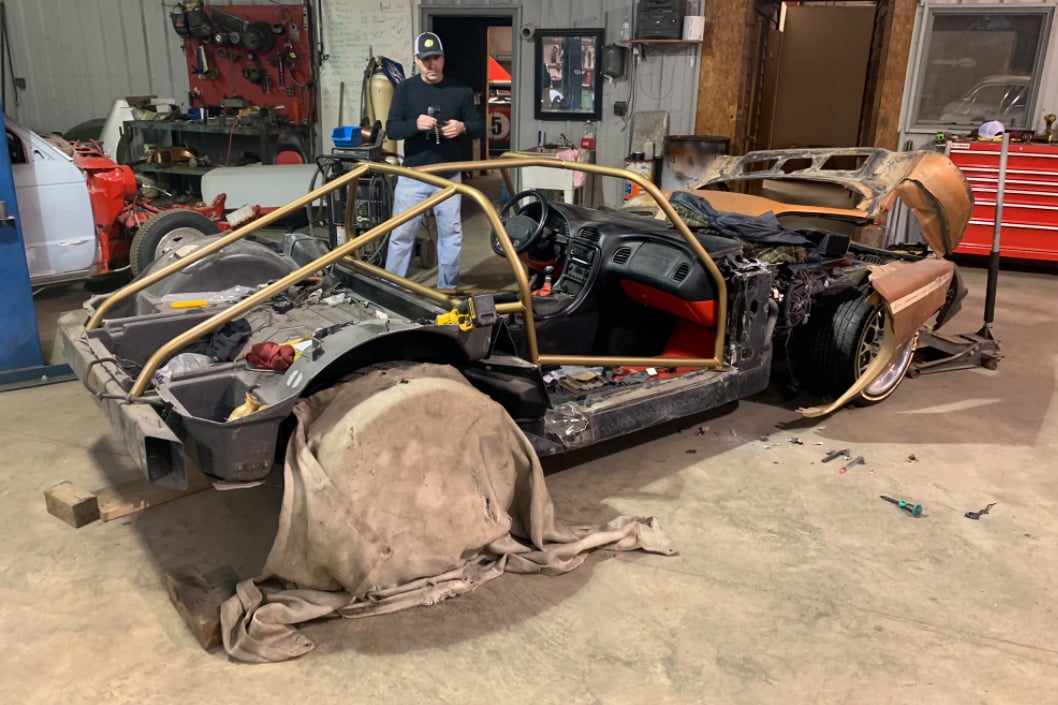 Above: A custom roll cage was fabricated to maintain chassis rigidity and accommodate the shortened doors and roof.

"We were able to shorten the T-tops by remaking them out of acrylic. This was accomplished by using a torch to separate the outer extrusion from the glass, taking the acrylic panels and heating them in our powder coat oven until they conformed to the glass profile, then trimming them to fit. The original doors also were tossed in favor of lightweight fiberglass race units, which we shortened."

Above: Sections in the middle of the Trans Am fiberglass doors were cut and removed to match the shortened wheelbase of the Corvette.

After all this work to get the '78 Trans Am shell to fit the Z06, the Tredwear crew still wasn't finished modifying the body — not even close. It fit lengthwise, but the wide track and deep-dish wheels still protruded well past the fenders and quarter panels.

Above: A huge front splitter provides downforce at speed to keep the car's nose planted in corners.

Michael Hunt explained the aerodynamic modification concept: "We love the classic road-race cars of the '80s, and so we wanted to make the car a wide-body as well. Borrowing cues from Group 5, IMSA cars, and others from the era, we widened the body over the massive 10- and 12-inch-wide wheel package. Combining this with the aero modifications — such as a fully-adjustable rear diffuser, front splitter, side skirts, and scavenging louvers around the tires — made for a unique result."

Above: Four adjustable rods can be shortened to increase the angle of the rear diffuser, adding downforce and keeping the rear-end stable in corners. For higher-speed tracks, the rods can be lengthened to reduce drag and increase top speed. 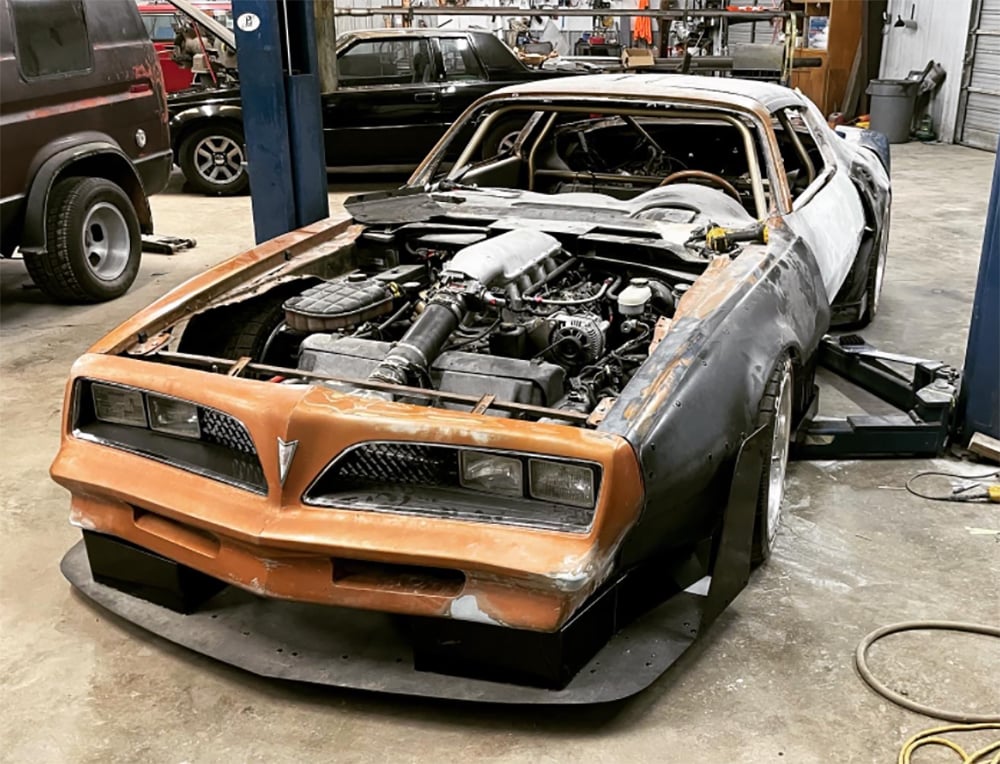 Fender flares were hand-crafted from reproduction Firebird fenders, and riveted in place to cover the custom-offset forged American Racing wheels (18x10" front and 18x12" rear). During the assembly phase, these were wrapped in Porsche Cup rain race tires, but they were later replaced with road-legal Continental Contisport tires.

The last piece of the rolling stock was a set of custom-built Turbo-Fan wheel covers, which were popular among '80s race cars for added under-car scavenging and brake cooling. These would be added at the end of the build. 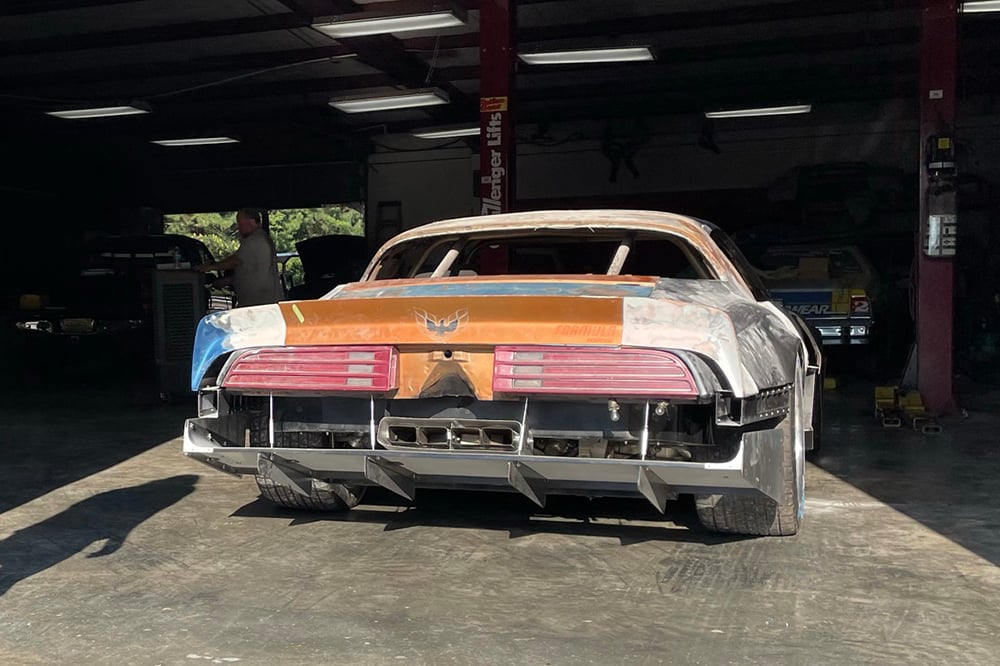 The Translammed build rides on the Z06 donor's suspension, although the fiberglass leaf springs were converted to coilovers using a comprehensive kit from Aldan American. The disc brakes, T56 transaxle, and LS6 engine are all original to the Z06 as well. However, the V8 was modified with a Holley High Ram EFI manifold and fuel rails, Red Dragon throttle body, Flotec headers, a crossover pipe, and a mild tune. 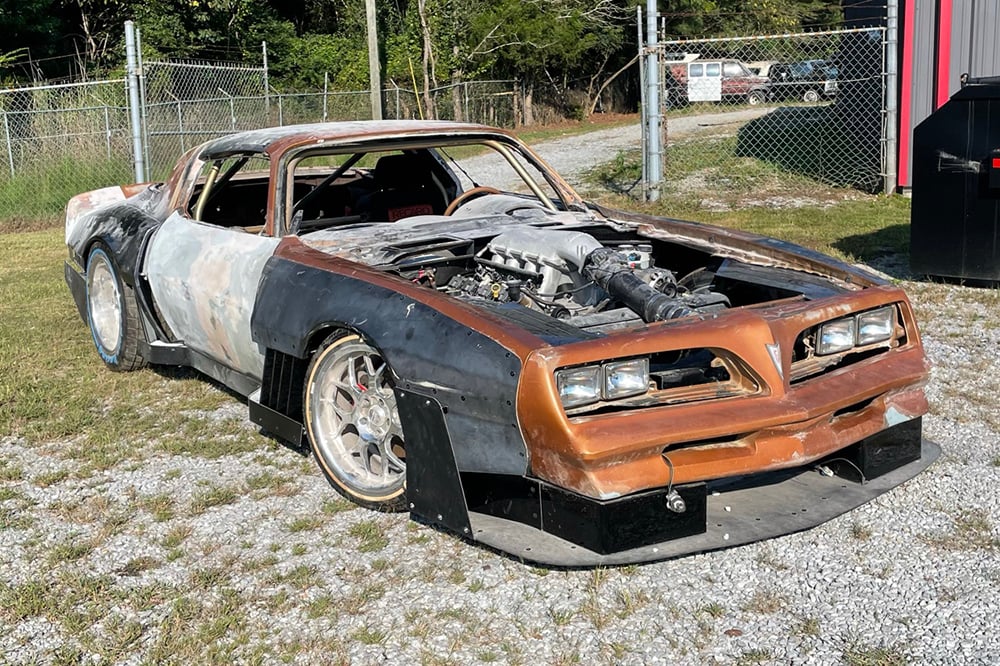 Above: From the splitter to the flared fenders, louvers, side skirts, and rear diffuser, the Translammed project was starting to look like a real race car. 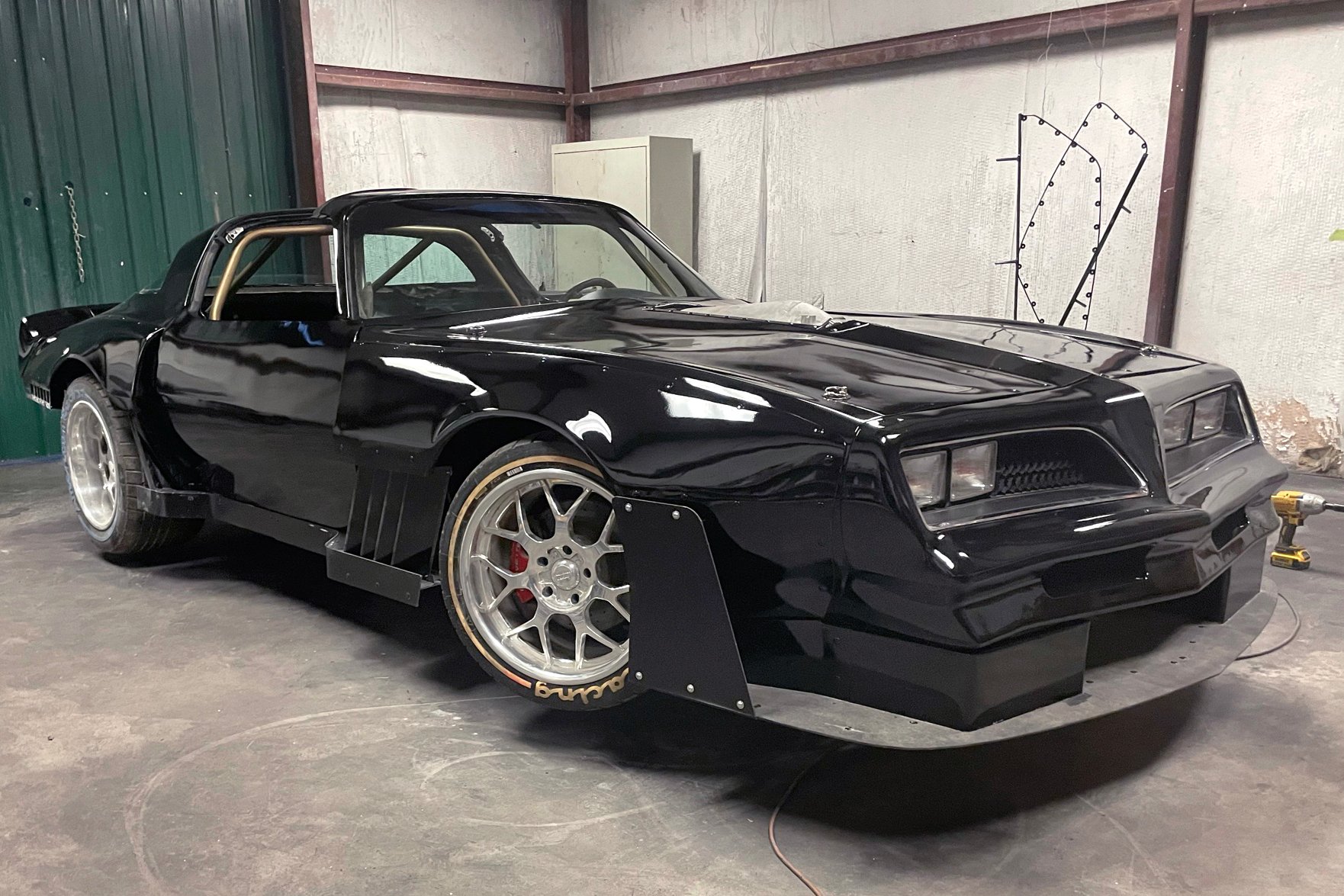 After laying down a coat of gloss black paint with help from Dave Matzke, the build was nearing completion. Custom period-inspired gold, orange, and purple graphics were applied with a nod to the original hood bird graphics used by Pontiac. Tredwear's signature tire graphics were applied to the Continental tires to complete the race car look.

The interior retained the dash and center console from the Z06, but the seats were exchanged for period-correct Recaro seats with matching color accents. The door panels were custom-made with a minimalist appearance. 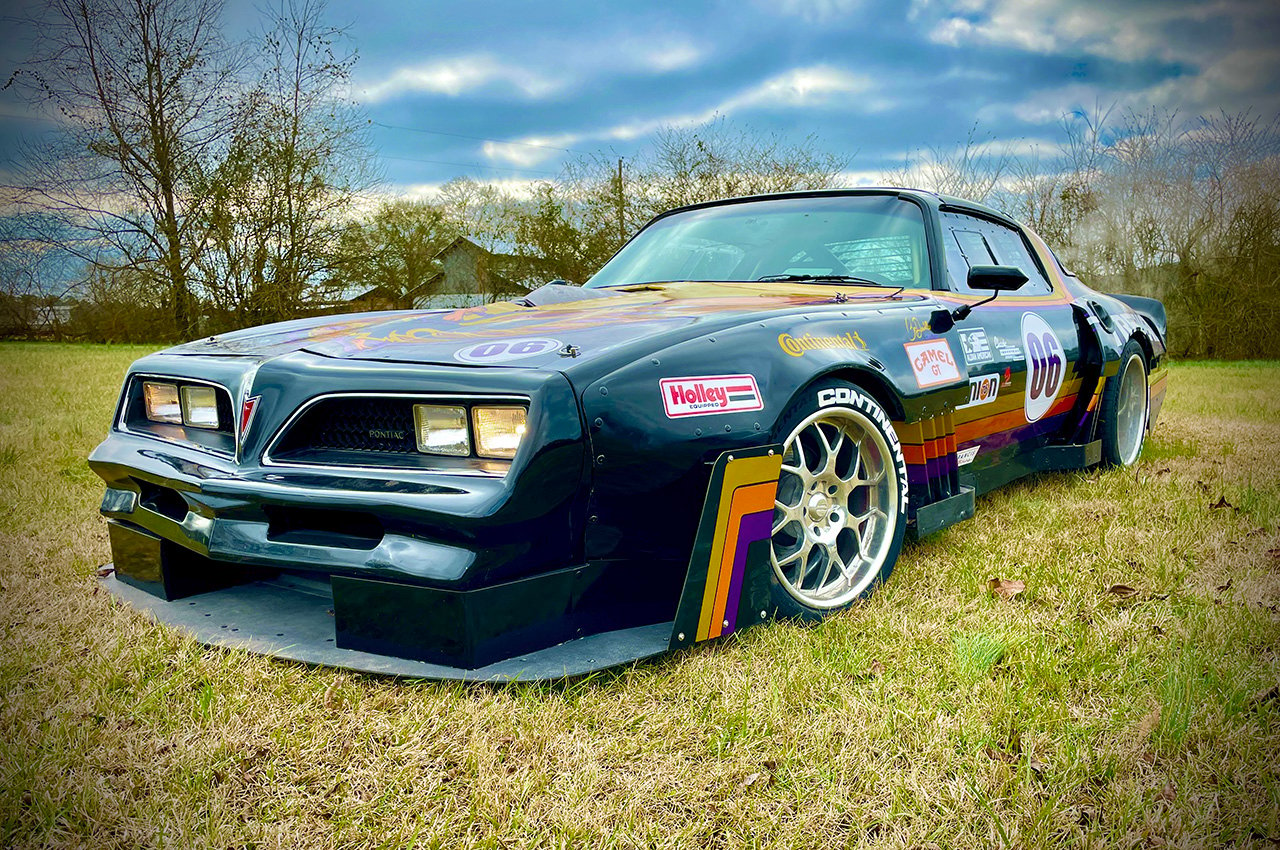 Michael Hunt was thankful to all the companies that contributed to this project. As for the parts he received from us, he said, "Classic Industries is the perfect solution for a project like this because they are a one-stop shop for all the small bits and pieces (as well as BIG bits) we needed. Any time we needed something Trans-Am-related, they always had a quality part at a reasonable price." 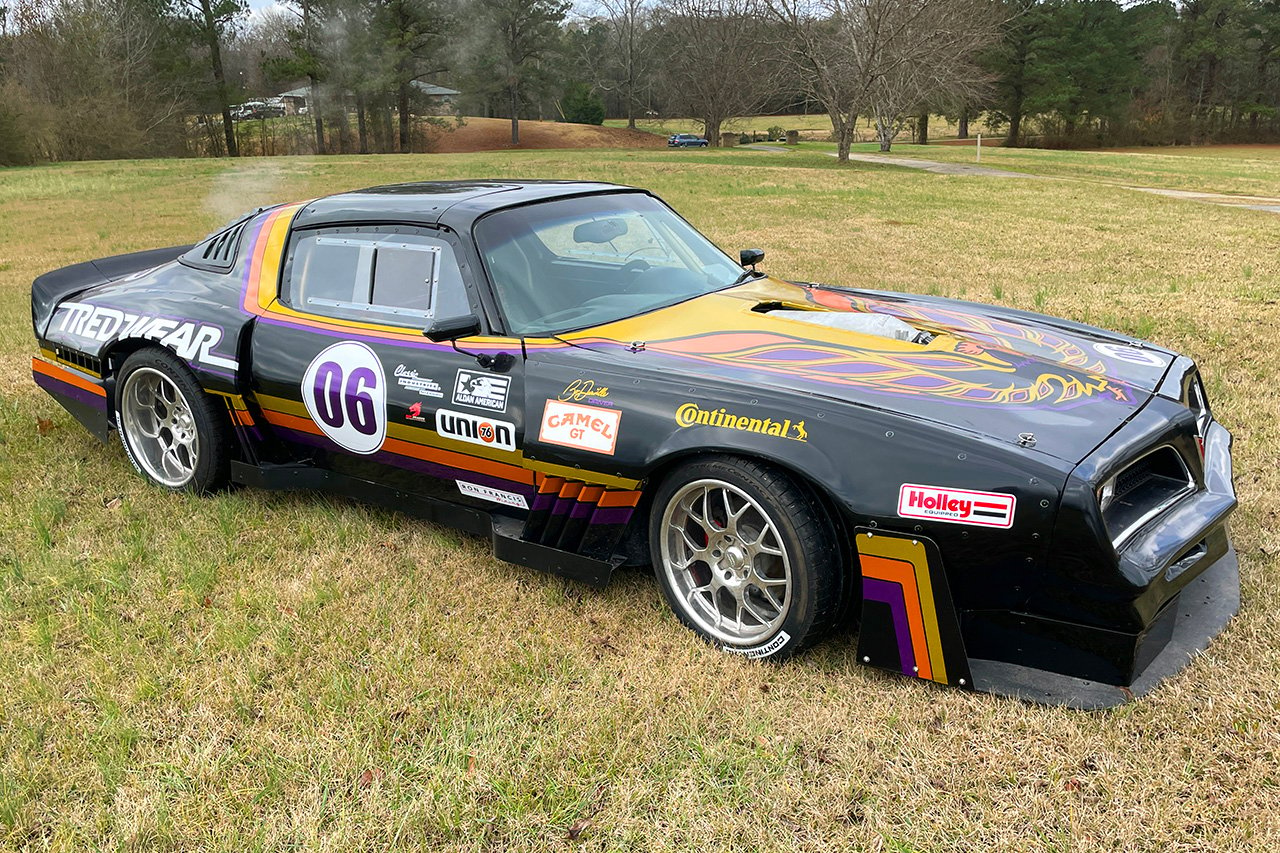 We're glad we could help the Tredwear team with this awesome project, and can't wait to see it in person soon. It's certainly a cool way to "turn lemons into lemonade" by converting two damaged cars into the unique vehicle known as Translammed. 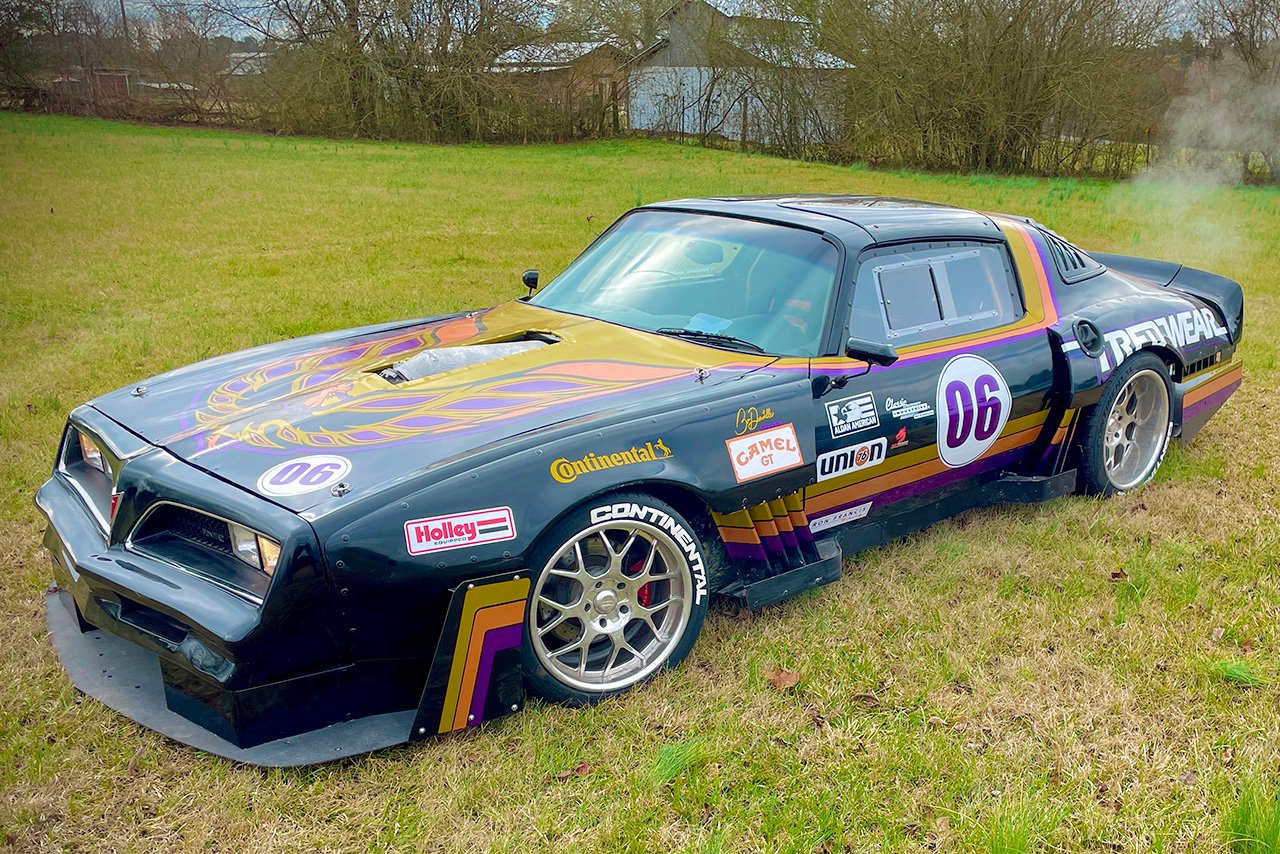 If you're working on a classic Pontiac Firebird or Trans Am project of your own, whether it's a simple restoration or a wild custom build like this one, we can help you find the parts you need. Click the button below to get a free Classic Industries Firebird/Trans Am parts catalog.