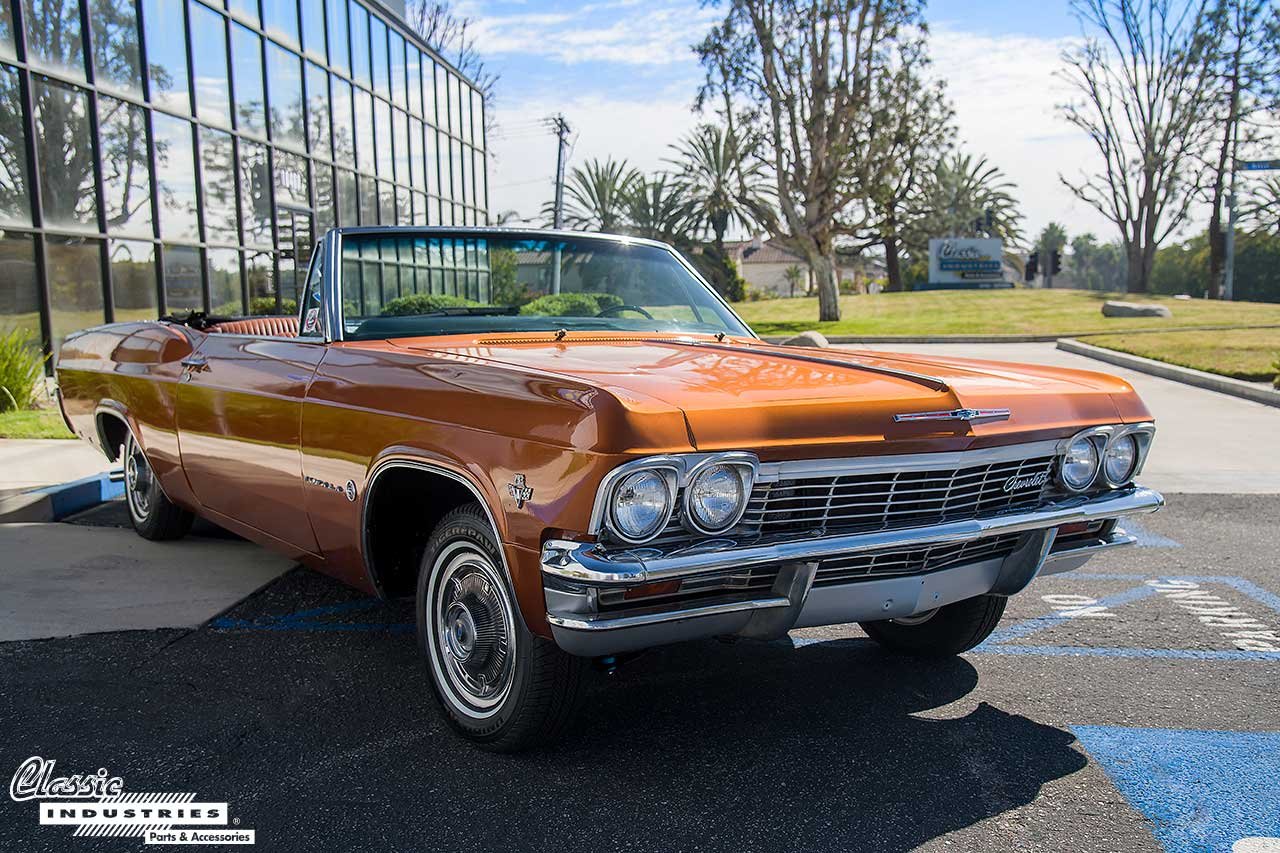 The 1965-69 Full Size Chevy line of classic cars includes an array of timeless vehicles such as the Biscayne, Bel Air, Caprice, and Impala. Even after more than 50 years, these cars have a strong following among enthusiasts, and clean examples attract attention everywhere they go. Some owners choose to restore them to like-new condition, while others build them into lowriders, cruisers, or modernized muscle cars. Regardless of your preference, it's useful to know the original 1965-69 Chevy Impala specs and body styles that were available for each model year.

If you own a 1958-1964 Impala or Full Size Chevy, we already published a comprehensive guide to the models and mechanical specifications for that year range. Today, we're focusing on the 1965-69 Impala and Full Size. 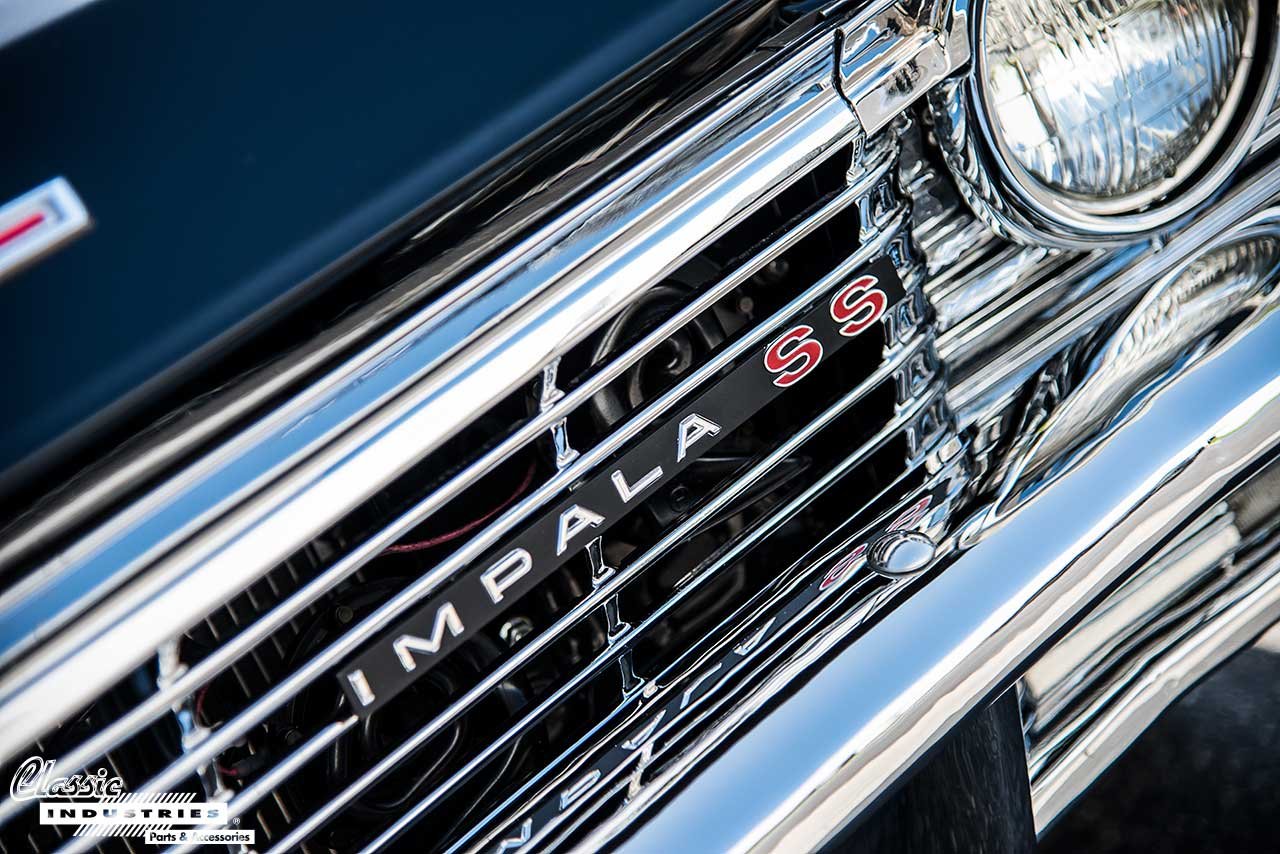 In order to identify an Impala or other Full Size Chevy car, you'll need to examine its VIN. Check out our 1958-80 Chevy Impala & Full Size VIN Decoder for a thorough explanation. The VIN can be found on a steel plate attached to the left door jamb on 1965-67 models, or on a steel plate riveted to the upper dash panel for 1968-69 models. 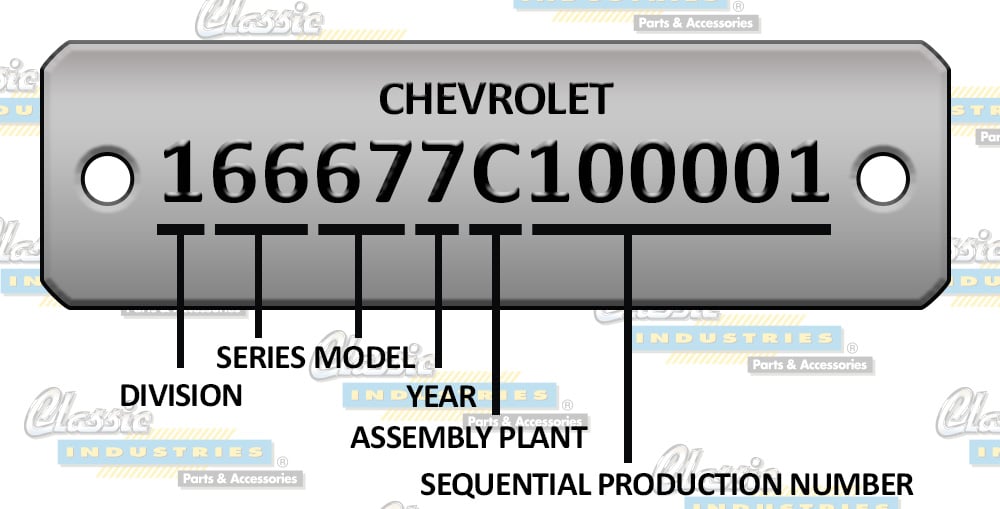 As with '60-'64 cars, the '65-'69 cars use a four-digit code in the VIN to represent Series, Engine, and Model. These are the second, third, fourth, and fifth digits of the VIN — the second indicates Series (Biscayne, Impala, etc.) and the third indicates Engine (6 cylinder or 8 cylinder). The fourth and fifth digits indicate Model as follows: 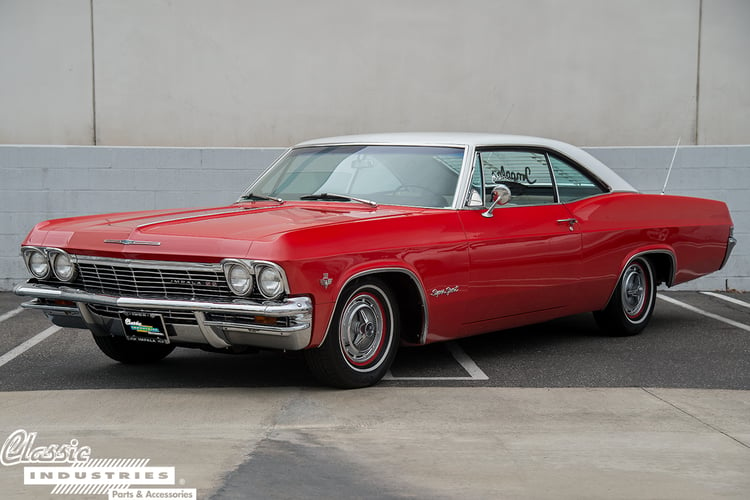 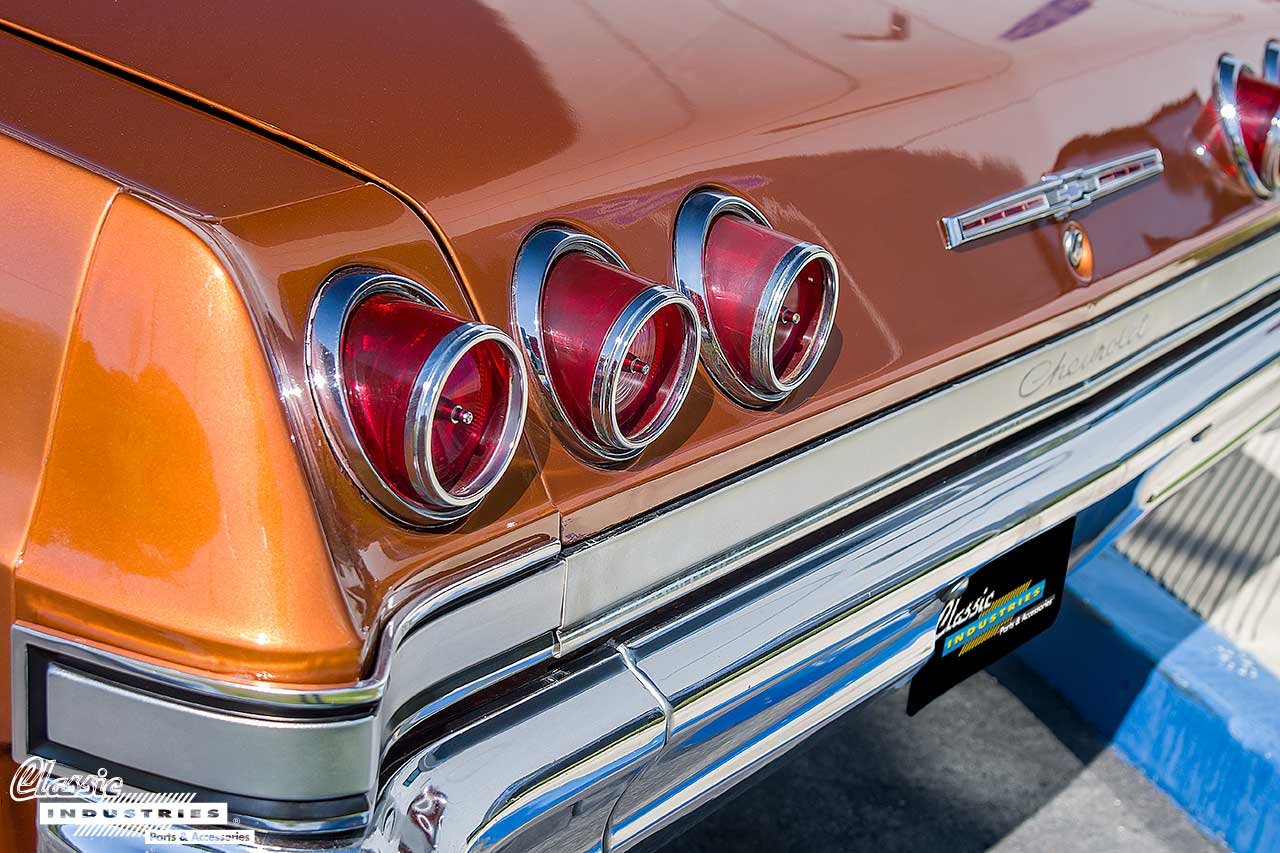 Above: A 1965 Impala can be identified by its three round tail lamps, which changed to a single rectangular design in 1966. 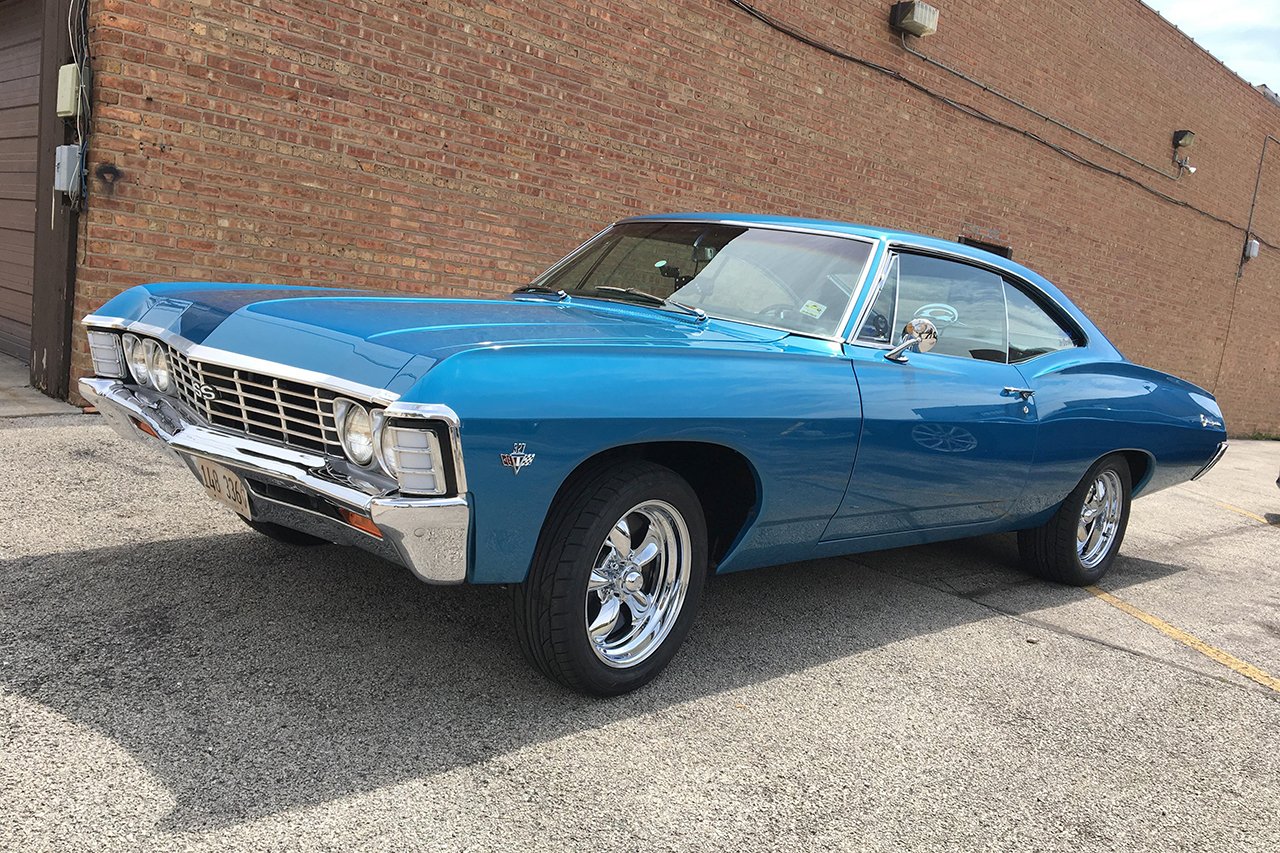 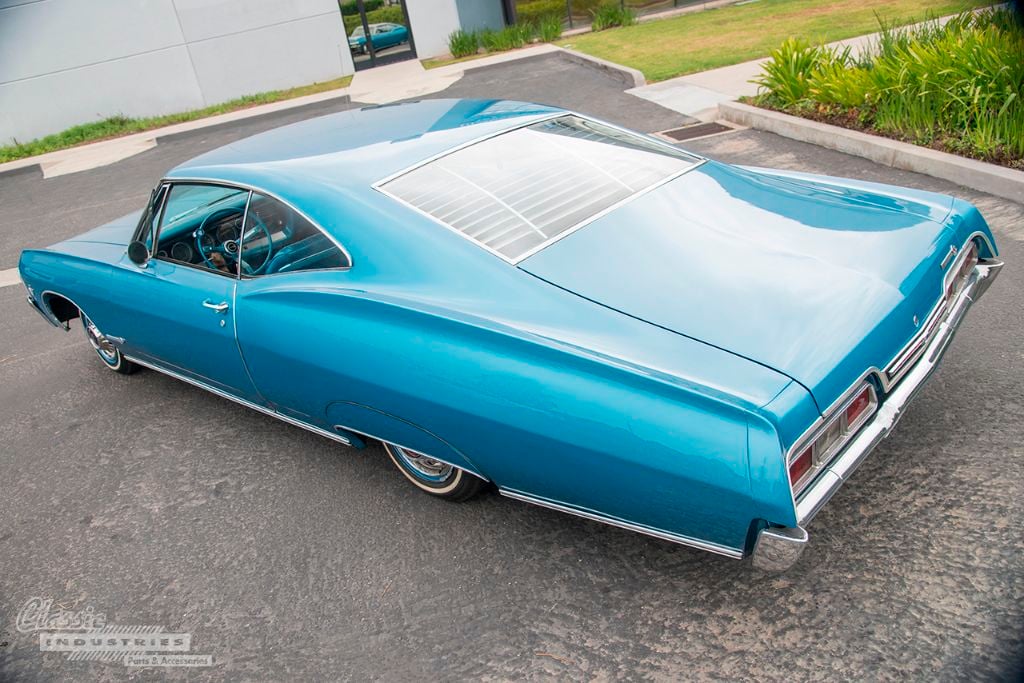 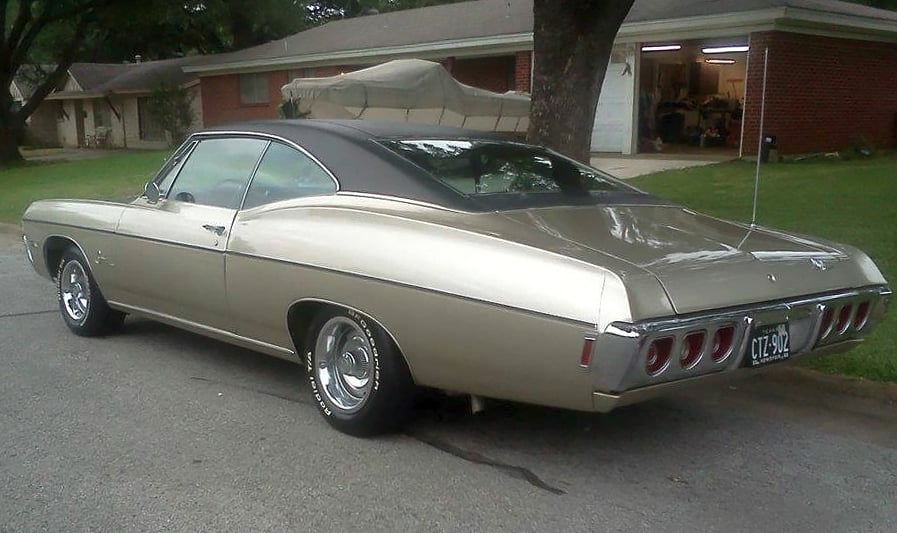 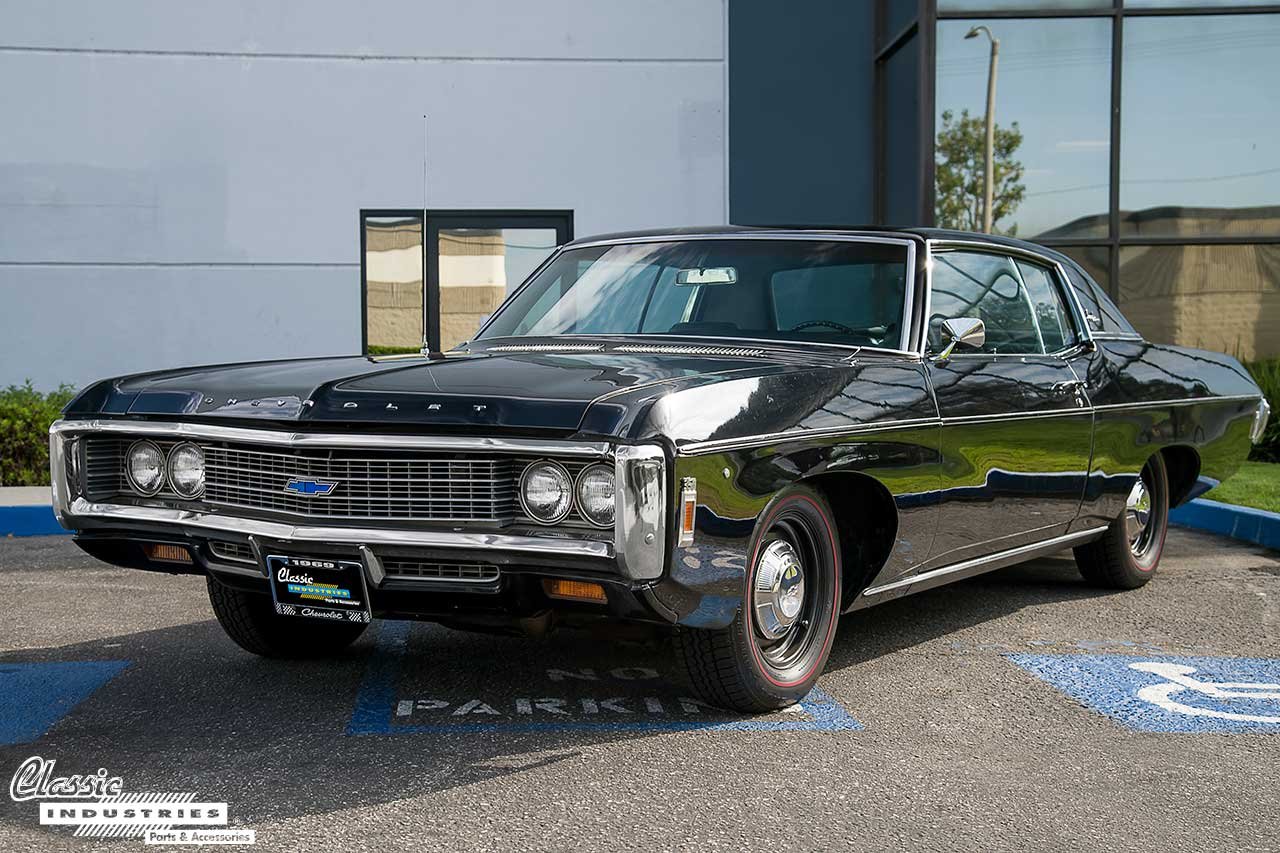 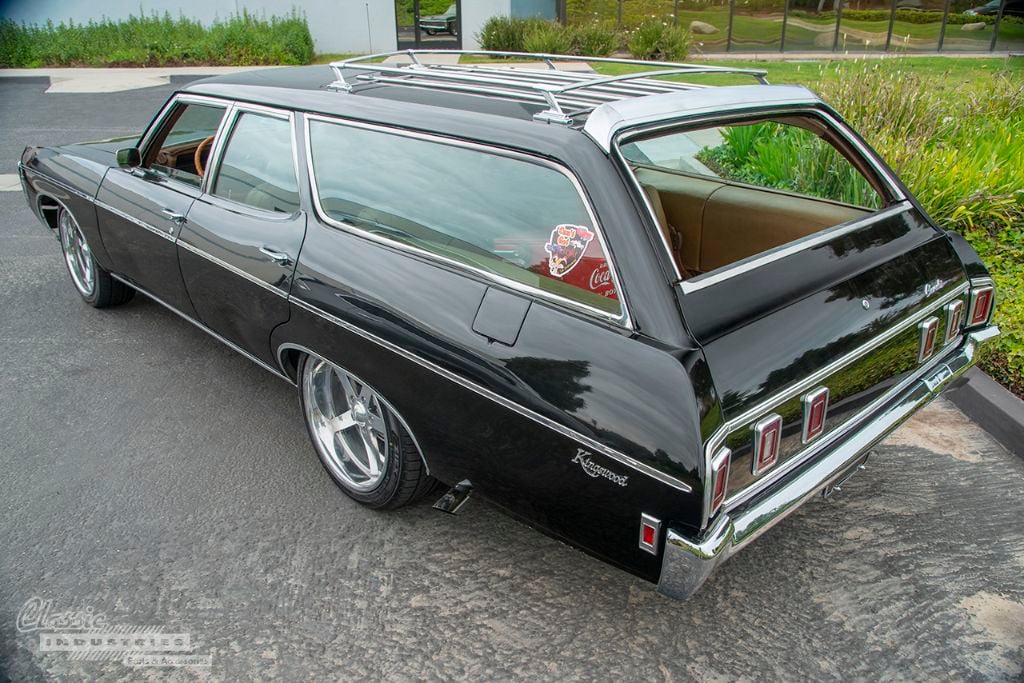 By decoding the VIN on your Impala, Biscayne, Bel Air, or Caprice against the charts above, you should be able to find out your car's original specifications. If you want to restore it to the spec it left the factory with, Classic Industries can help you find the parts to make that possible. We also offer a variety of aftermarket performance parts and accessories for those who prefer resto-mod, pro-street, lowrider, or other custom builds. Click the button below for a free full-color restoration parts catalog: