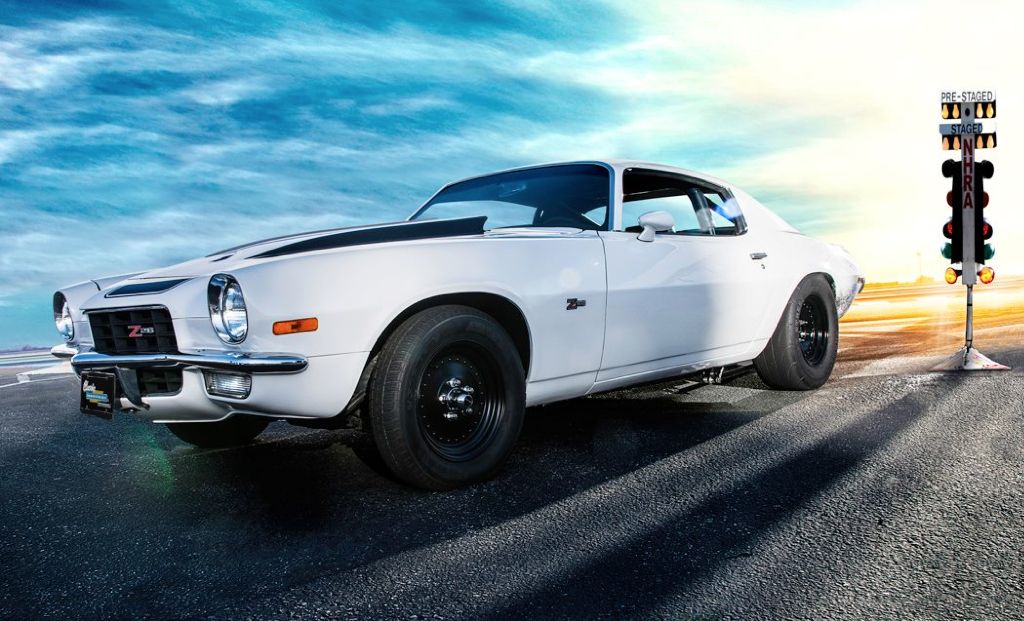 The 383 stroker, with its Victor Jr intake and Holly HP 750 carburetor, is kept cool by an aluminum radiator with dual fans.

Mike's Camaro boasts a powerful 383 stroker, fed by a Holley 750 carburetor. The resulting power is sent through a TH350 auto with a 400 stall converter and shift kit, to a GM 10 bolt rear with an Eaton 30-spline differential, but that's just the story about how this Camaro converts gasoline into 7.20 second 1/8th miles at 98 MPH (recorded at Irwindale). 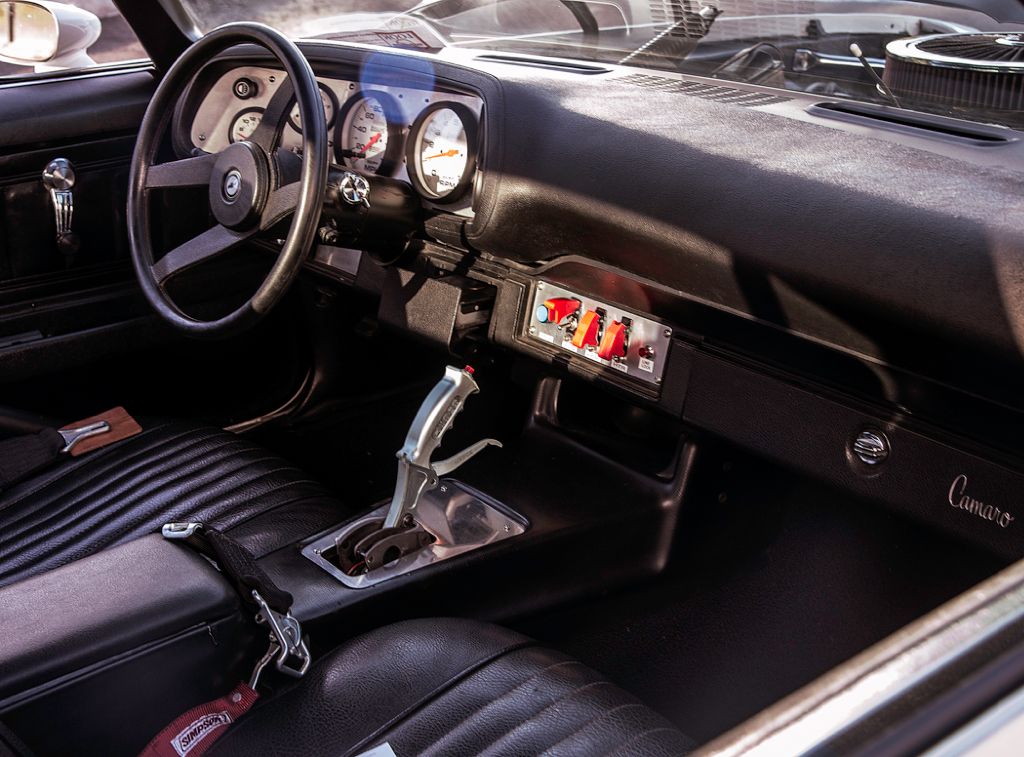 Car enthusiasts who have had the good fortune of landing a supportive significant other often tell stories of how important they can be. Some make dinner and serve a special plate in the garage. Some watch the kids so the wrenching can run late. Some even come out after dinner is cleaned up, open a beer, and help turn the wrenches. The especially good ones can be trusted to make emergency parts runs.

As for Mike, he kept his comments simple.

"I would like to thank my beautiful and understanding wife Diana, for being so supportive of my hobby." 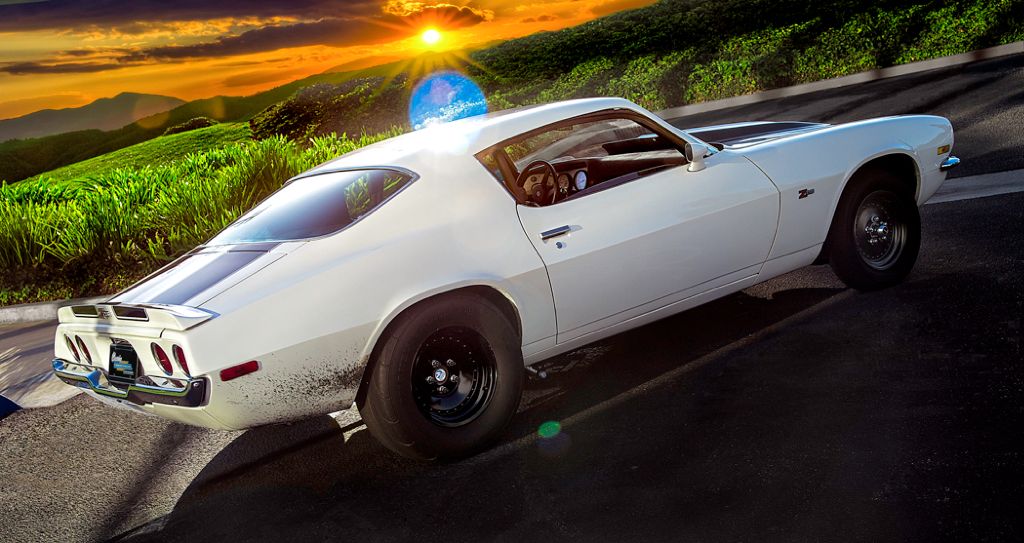 This Camaro is made possible by a very understanding wife.

The story of Mike's Camaro is now three years in the making with future chapters expected to include a progressive nitrous controller and of course, slicks. We're looking forward to it.