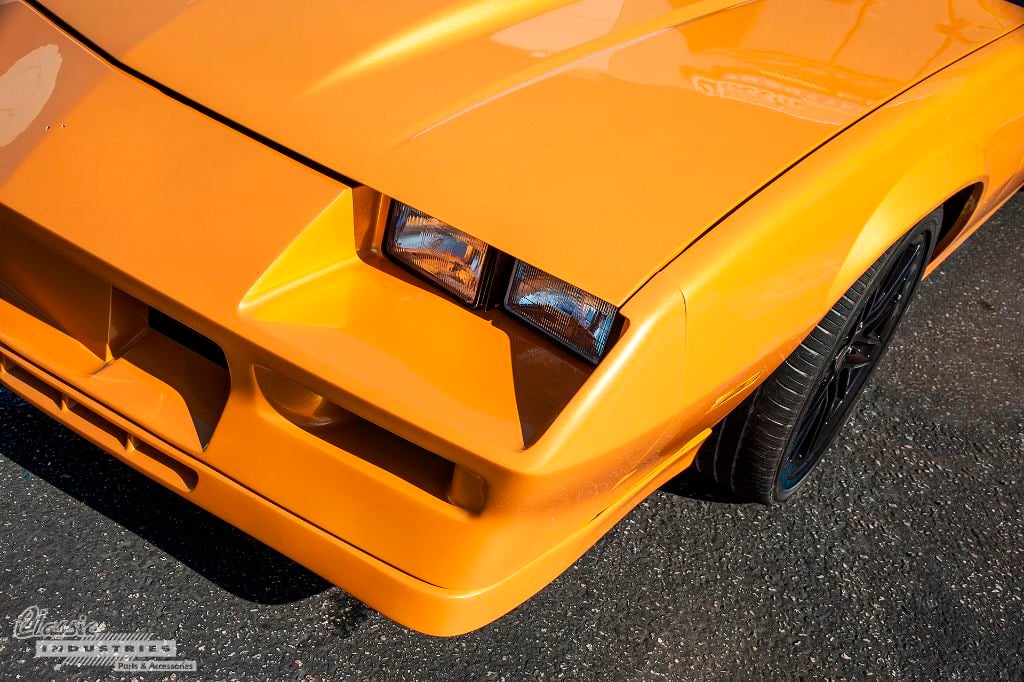 This '82 Camaro belongs to Teron Mays, of Downey, California. Teron says the car has been in his family since it was new — his siblings drove it during high school, and his father left it to him when he passed away. The car originally had a 305ci V8 engine and automatic transmission, but that was tossed aside for a much more potent setup. 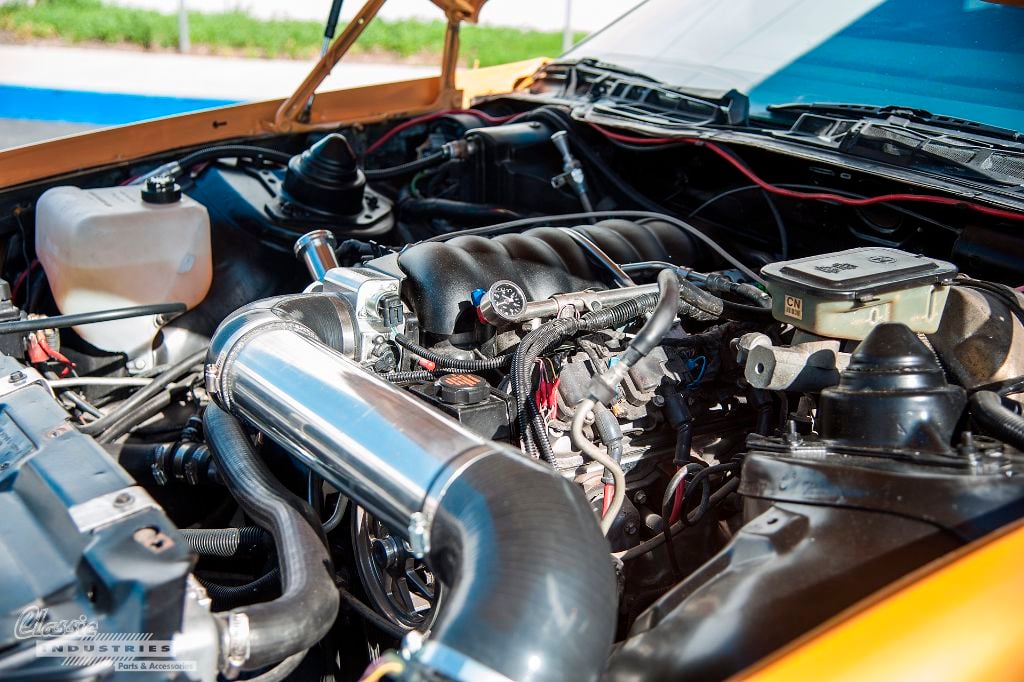 Teron popped the hood on his Camaro to reveal a modern LQ4 engine, which is a 6.0L iron-block LS variant that was found in GM trucks such as the Chevy Silverado and Suburban. The motor is far from stock, with LS3 heads and intake, a custom Isky Racing cam, and numerous other upgrades. It's paired with a Stage 3 built 4L60E automatic transmission and 3.73 rear end. 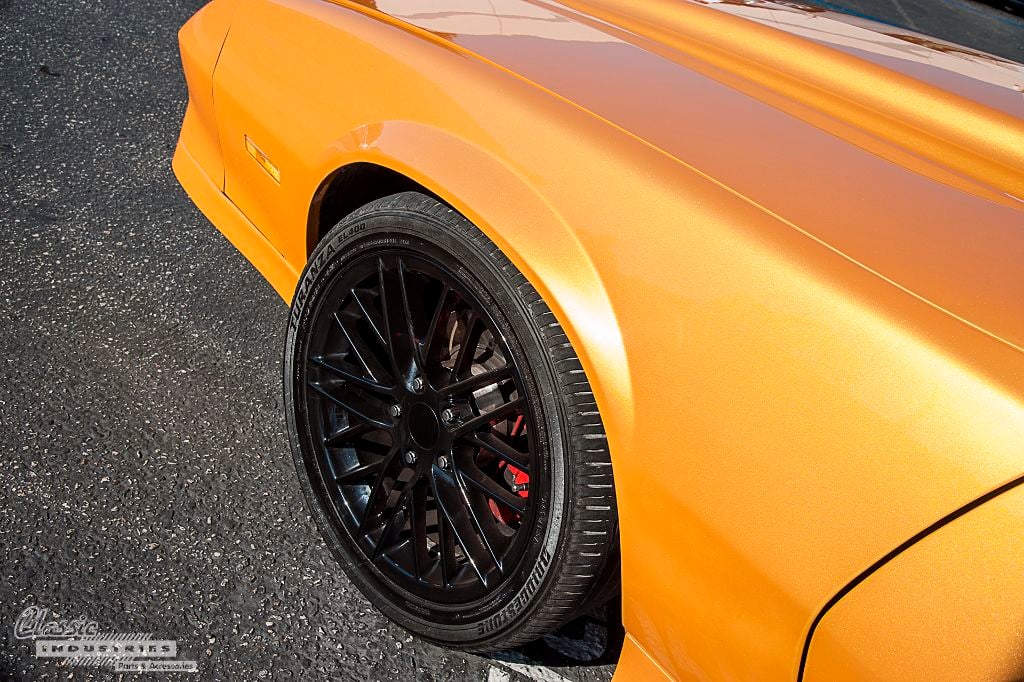 The Camaro rides on black Corvette C6 ZR1 wheels, which conceal disc brakes from a 2002 Camaro SS. Teron tells us he plans to swap the ZR1 wheels for a set of C7 Z06 wheels soon.

Another distinctive feature of this 1982 Camaro build is its vibrant paint. Teron had the car repainted in Yellow Blaze Tri-Coat — ironically, this pearlescent paint was originally a Ford Mustang color. The cowl hood and tinted IROC-Z taillights also add to the aggressive appearance. Teron says the car's interior has also been transplanted from a 1990/91 IROC-Z. 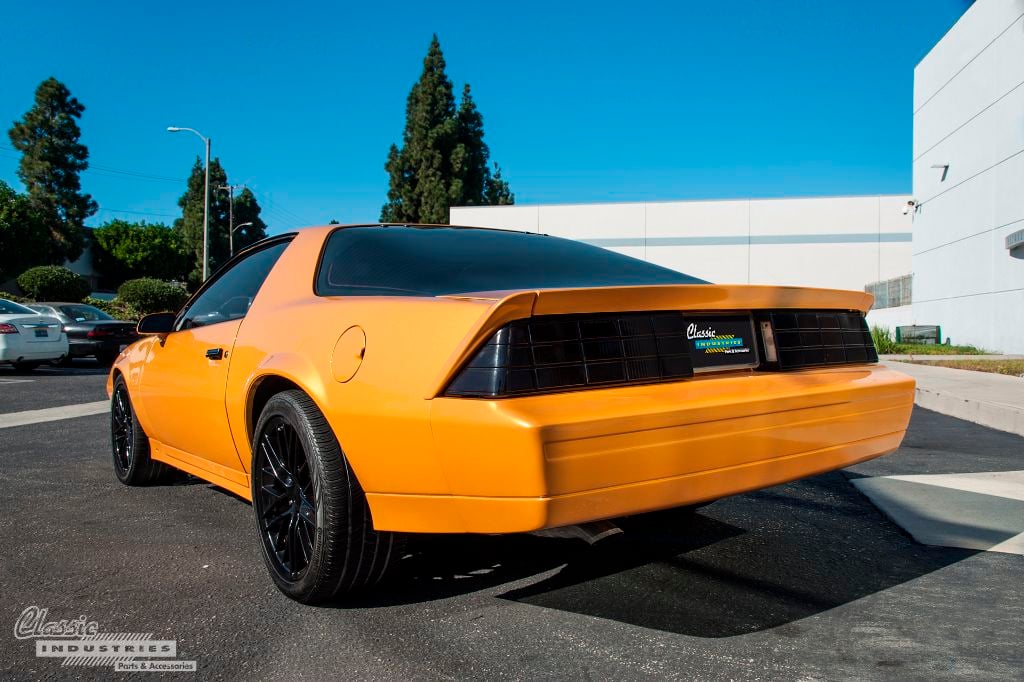 Teron is no stranger to classic Chevys. His first car was a '68 Biscayne, and he also currently owns a '69 Camaro, '73 Camaro RS, and a '71 Camaro RS. This extreme third-gen Z28 is one more cool ride in his stable, and it certainly put smiles on our faces when it rolled into our parking lot. 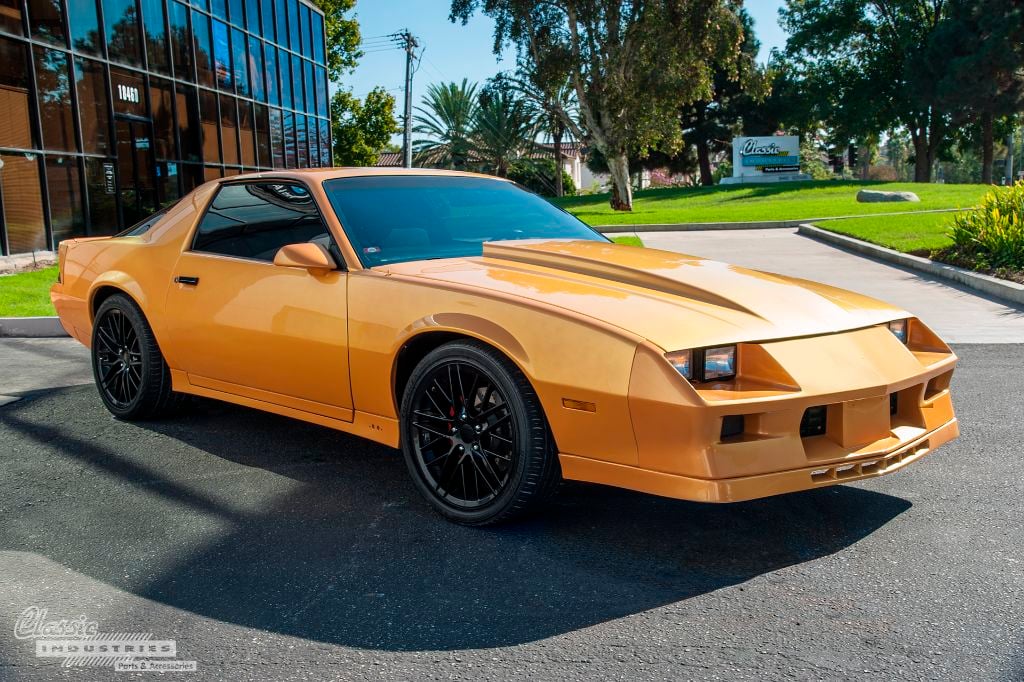 If you own a Chevy Camaro, Classic Industries has all the performance parts you need to turn it into a fast street machine or track monster. We also have a huge selection of restoration parts and accessories. Click the button below to get your free Camaro parts catalog.