An Enthusiast is Born 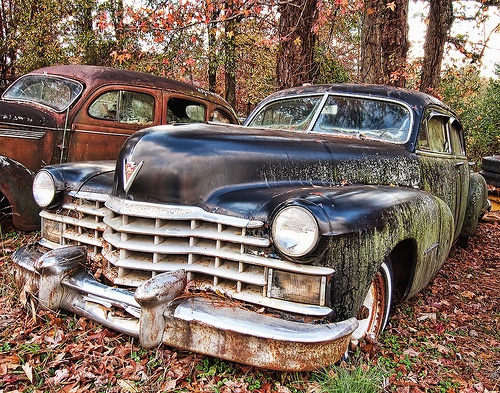 You could say I have been in the auto parts business since I was about 10 years old. As a youngster I would often spend the weekends and summers at work with my dad at his salvage yard in Florida. Dad would give me tools and provide a “job” for me to do or he would give me “my own car” as a project and let me tinker away on it to pass the time.

Workin' for the Ol' Man

One of the jobs he gave me was to remove and collect sealed beam headlamps and miniature bulbs from the junk cars that were piled one on top of another in preparation for the crusher. Armed with a Phillips screwdriver and other hand tools, I would spend my day crawling through the scrap heaps, disassembling lamp assemblies, instrument panels, etc. and then at the end of the day, would present my “haul” of bulbs to him for warehousing. I remember taking a shortcut one time and instead of removing the taillight lenses to get to the bulbs, I just used my trusty hammer to break the lenses off. The donor vehicle was a 1959 Cadillac Sedan Deville! If I had only known!

From Project Car to Heirloom

Before I even had my license, there were many different cars that I called “my own” but some of my favorites were a 1968 Torino GT with a 390 ci engine, a MG Midget and a 1970 Chevrolet Nova SS. Most of them never actually made it back on the road, as they eventually found a home with a buyer as I waited to be old enough to drive. However, the Nova was one vehicle that I managed to keep.

My dad purchased the Nova for $35 when I was about 14 years old. I quickly claimed it as “my own” and tinkered on that car for years while growing up. Finally, when I was in my 20’s, I partially restored the car and got it licensed and registered for the first time. Since then, I have moved all around the United States and transported the Nova with me each time I moved.

As a matter of fact, it was that very Nova that led me to become a customer of Classic Industries and later an employee. I am pleased to say that I still have the car to this day and plan to pass it down to one of my own kids someday.