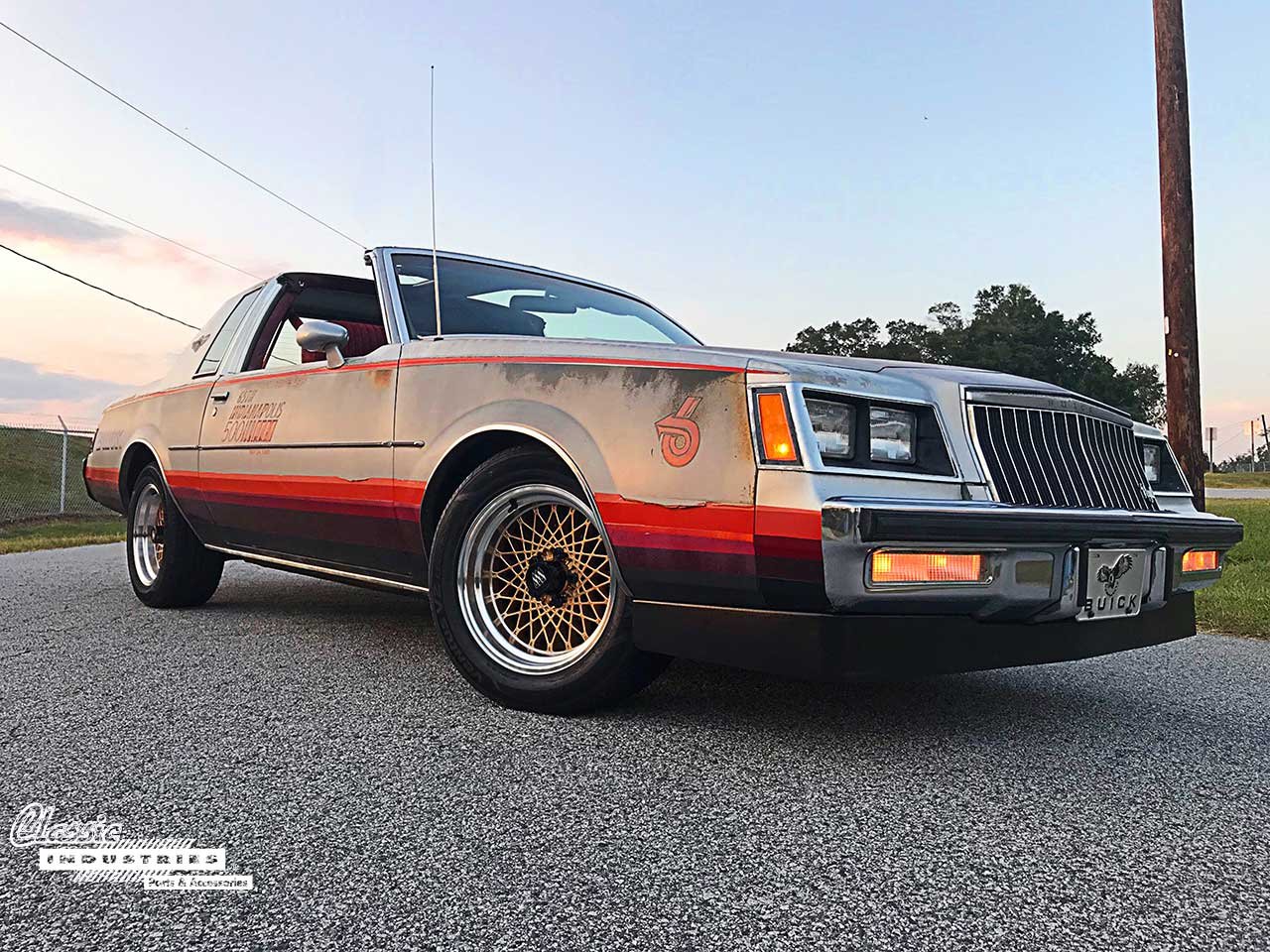 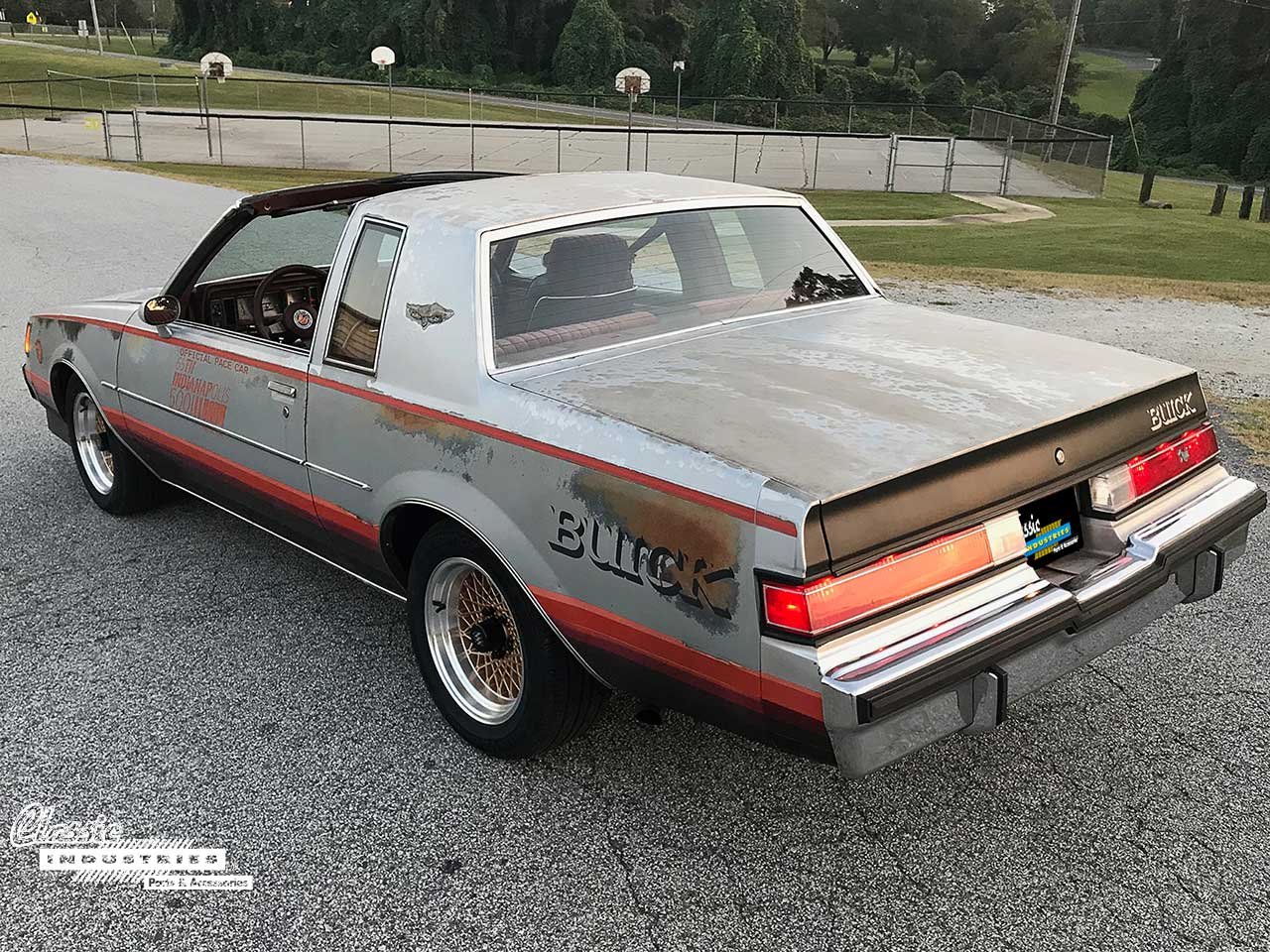 When the Regal was chosen to be the official pace car for the Indianapolis 500 on May 24th, 1981, Buick set out to create a special version of the car to coincide with this race. Working with American Sunroof Company (ASC), the same company that would later assist with the development of the GNX, Buick created two pace cars for the big day (a primary and a backup). These vehicles featured heavily-modified naturally-aspirated 4.1L Buick V6 engines, custom convertible roof sections, and a unique silver and maroon paint scheme with orange decals.

One of these Regal Pace Cars can be seen leading the pack in the footage below, between the 13:20 and 15:15 marks.

Although the official pair of ASC-built Regal Pace Cars were not available to the public, Buick worked with a company known as Cars and Concepts to produce a limited run of 150 additional Regal Pace Cars that also appeared on site at the 1981 Indy 500 race. These production pace cars were later sold to the public, but are understandably very rare today — only a handful are known to exist. 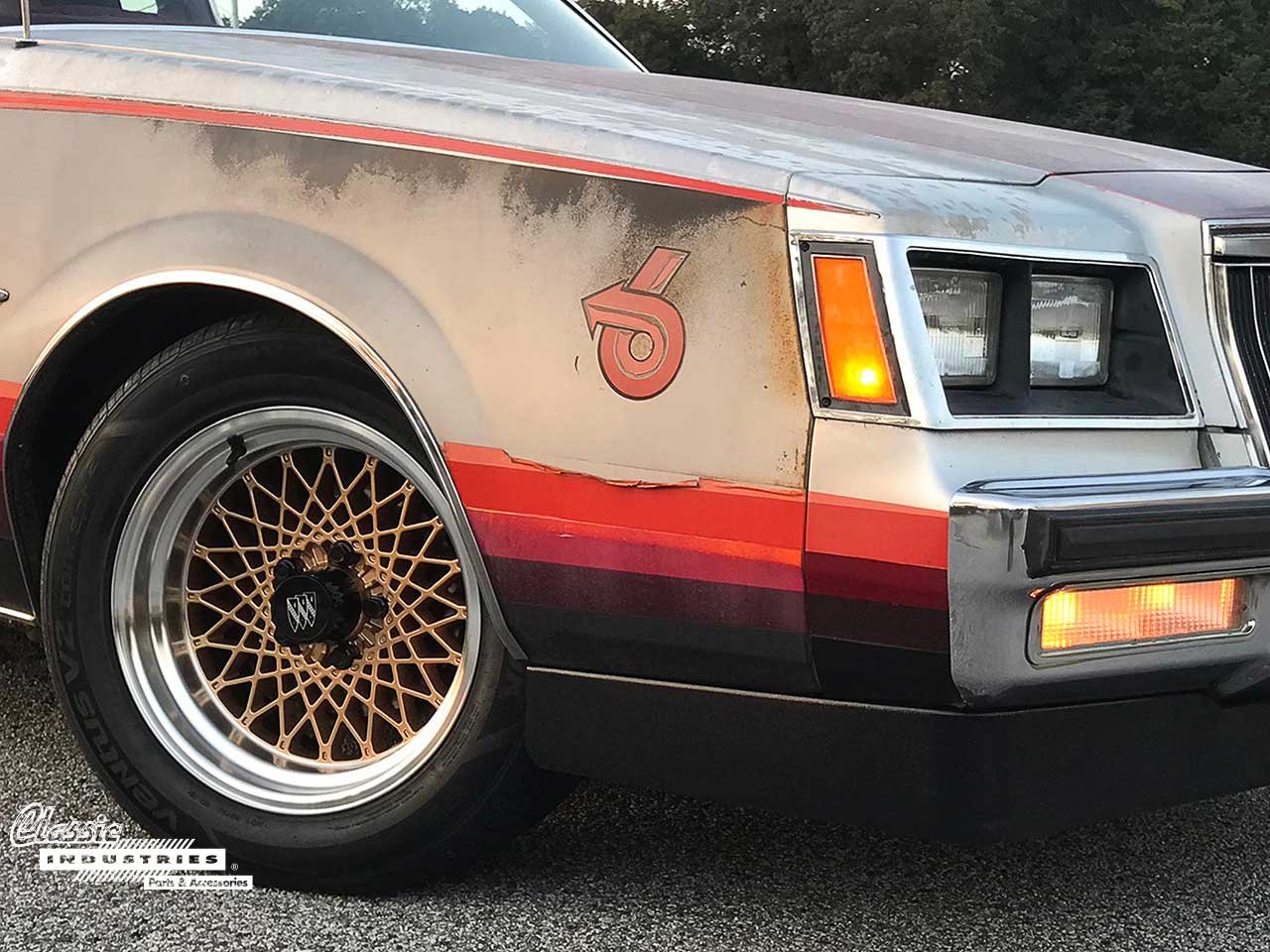 The 150 production Regal Pace Cars were all identical, and closely resembled the two ASC-built vehicles, with a few notable differences. First, they lacked the modified 4.1L engine, instead sticking with a naturally-aspirated 3.8L V6. The radical ASC partial-convertible roof and custom-upholstered Recaro seats were also omitted. However, the exterior paint and decals looked just like the original, and each came with a numbered dash plaque that indicated its special history. 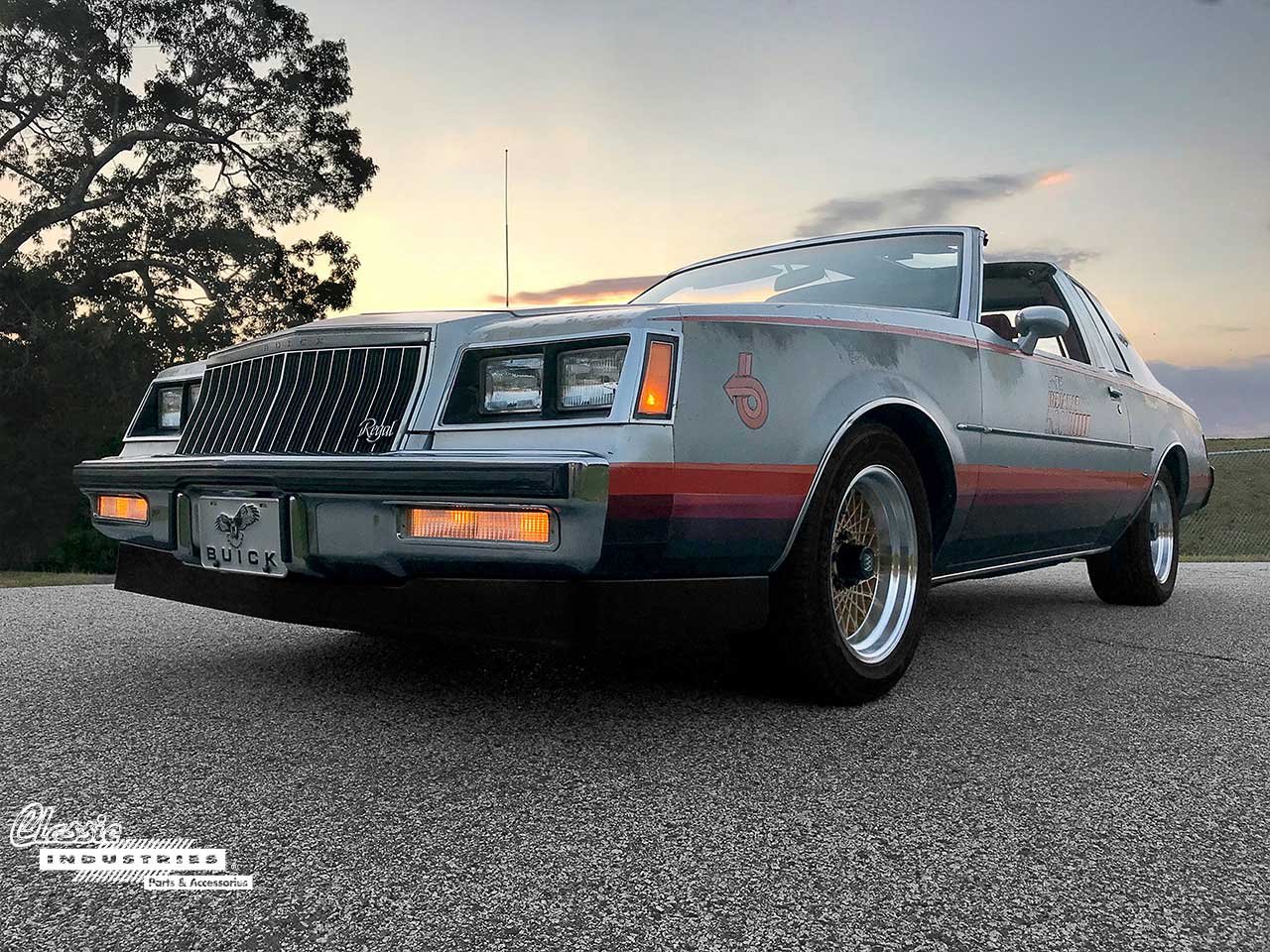 The car seen here belongs to Korey Isley, of High Point, North Carolina. Korey tells us that this is car  number 148 of 150. He emailed us these photos, and explained the history of the car and his time with it:

"I bought the car in March of 2019 with a goal to make it to a cruise-in by the end of the year. The car sat in a Virginia field for almost 12 years after the original 3.8 V6 engine developed a rod knock. When I purchased the car, I received the original engine and had it completely rebuilt. I replaced many suspension and brake parts to make the car a reliable cruiser, but I wanted to keep the original feel of the car." 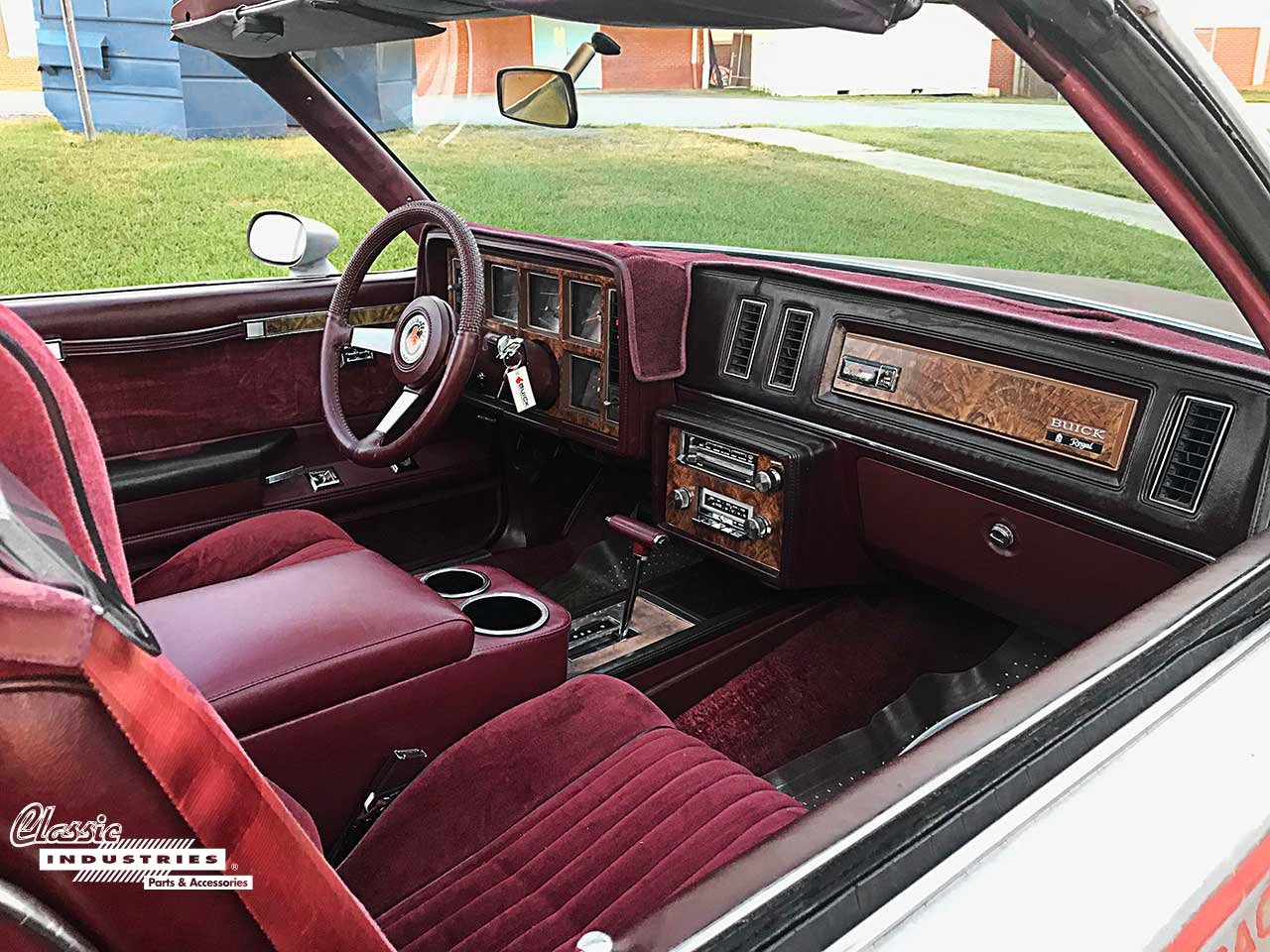 "The car retains its original patina. I have no plans to paint the car as I think it would take away from its personality. If you see a 1981 Buick Indy Pace Car, take the time to look at it — you might not get another chance to see one in person."

One of the modifications Korey added is a set of 16x8-inch GTA-style wheels from the Classic Industries Firebird/Trans Am catalog. These resemble the original multi-spoke gold wheels used on the ASC-built Pace Cars. He writes, "These wheels are excellent for the price, you can’t beat the quality and finish of them. I highly recommend them." 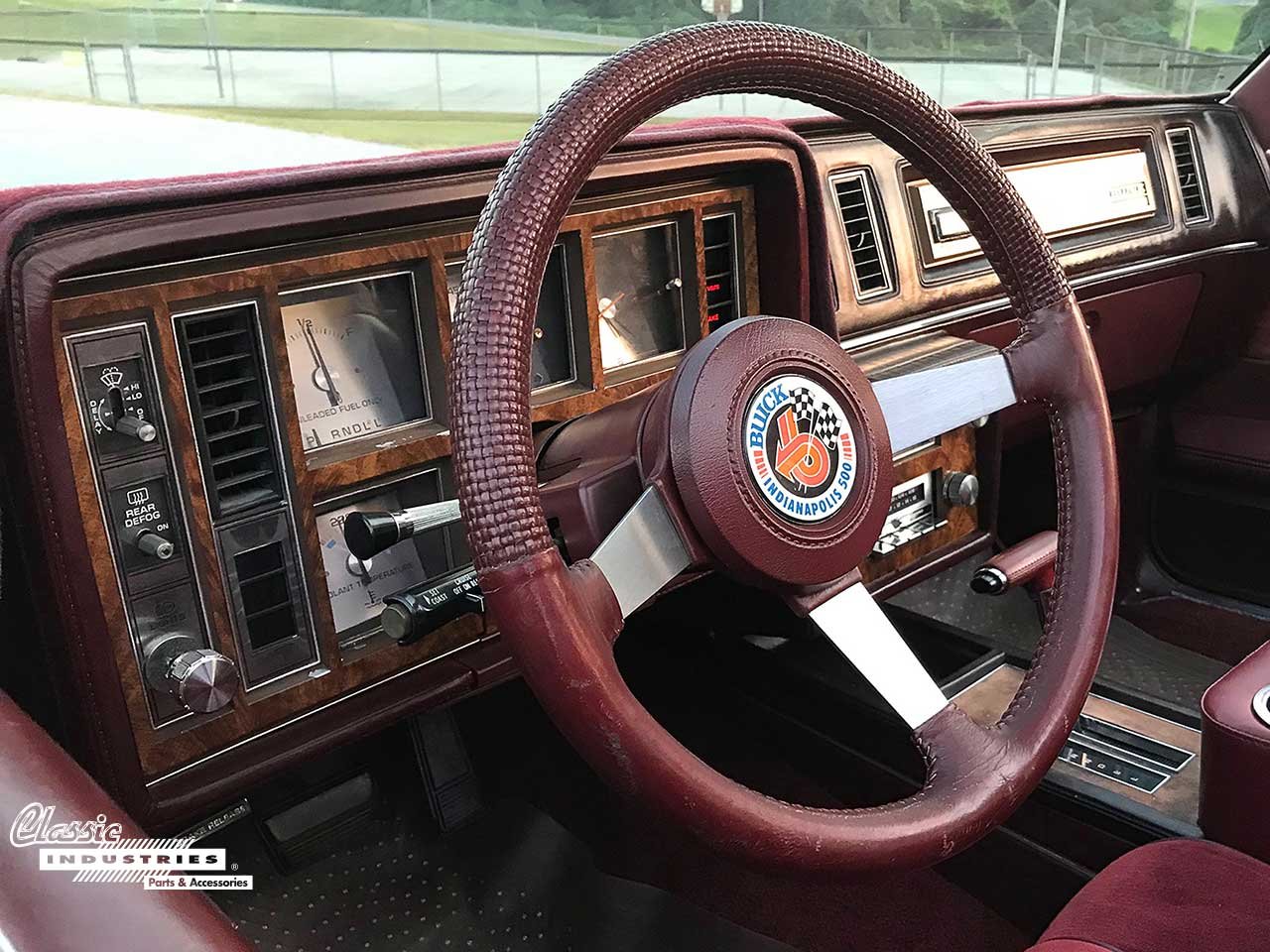 Just one year after these Pace Cars debuted at the 1981 Indy 500, Buick took its racing-inspired Regal concept to the next level with the release of the 1982 Regal Grand National. And in 1987, the company cranked it up even more with the legendary turbocharged Grand National Experimental (GNX). Without the success of this Pace Car, both on the track and in the public eye, it's possible that those plans wouldn't have come to fruition. 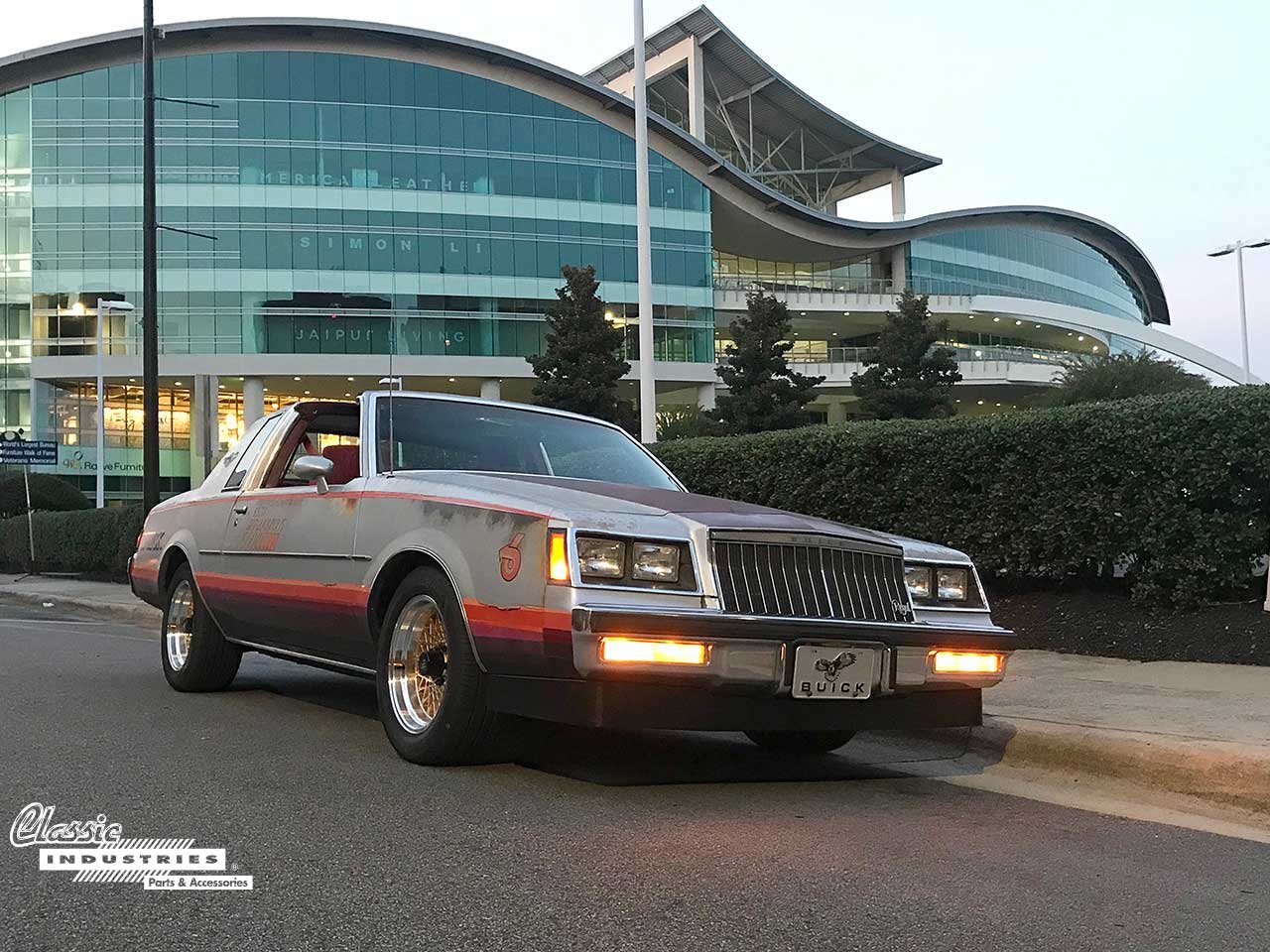 If you own a Buick Regal, T-Type, Grand National, or even a GNX, the Classic Industries Regal catalog has the restoration parts, performance upgrades, and accessories to help you rebuild it. Even if you've got a rare example like this one, we can help you find the small parts and maintenance items to keep it running and driving smoothly. Click the button below to get your free full-color Regal parts catalog.