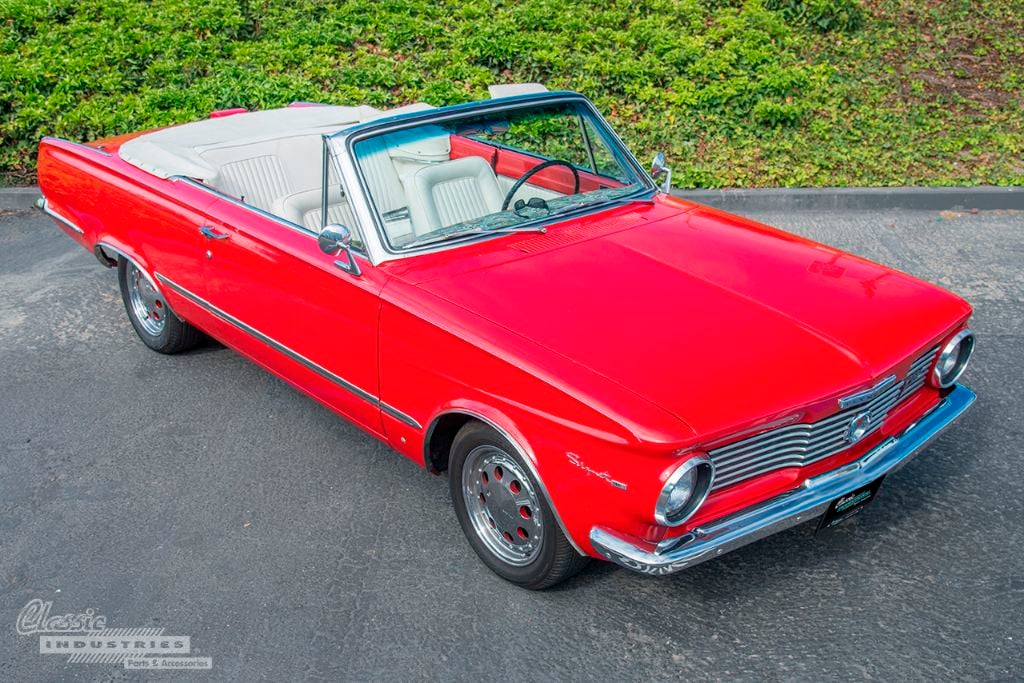 One of the things we love about classic cars is their wide range of variation in shapes, sizes, and styles. Some classic cars appear aggressive and muscular, with wide flared fenders and gaping grill openings, while others appear poised and refined, with intricate chrome ornaments and sweeping lines. If we had to use a single word to describe this 1964 Plymouth Valiant, that word would be cheerful. The wide-set round headlights, bright red body, and peppy 318ci V8 would put a smile on anyone's face.

This Valiant is owned by Richard Graham, of Oceanside, California, and it caught our eye as soon as it pulled into our showroom parking lot. It's not like we could have missed that paint color, anyway. Richard tells us he grew up riding around in a similar model, but that car was destroyed in a crash. Years later, he found one of his own, and the rest was history.

The little red Plymouth is Richard's weekend car, and its original 273ci V8 was swapped for a later model's 318 V8 and four-on-the-floor transmission, making it more engaging to drive. This model is actually a top-of-the-line Signet trim, with attractive red and white two-tone interior and front bucket seats. Richard also added a few custom touches to make the car stand out even more, including Cragar wheels with red accents and a Tasmanian Devil painted onto the trunk lid.

The hyperactive cartoon character "Taz" is actually an excellent representation of this car, as they both seem to be bouncing off the walls with exuberance and energy. It's easy to see why Richard enjoys taking it out for a spin and rowing through the gears. Richard is also thankful for the assistance of the Classic Industries Mopar catalog, since he is now able to find the parts he needs to maintain his drop-top Plymouth.

If you've got a classic Mopar car, whether it's a Valiant, Barracuda, Dart, Duster, Challenger, or Charger, Classic Industries has the restoration and performance parts you need. Click here to get a free catalog for your car.