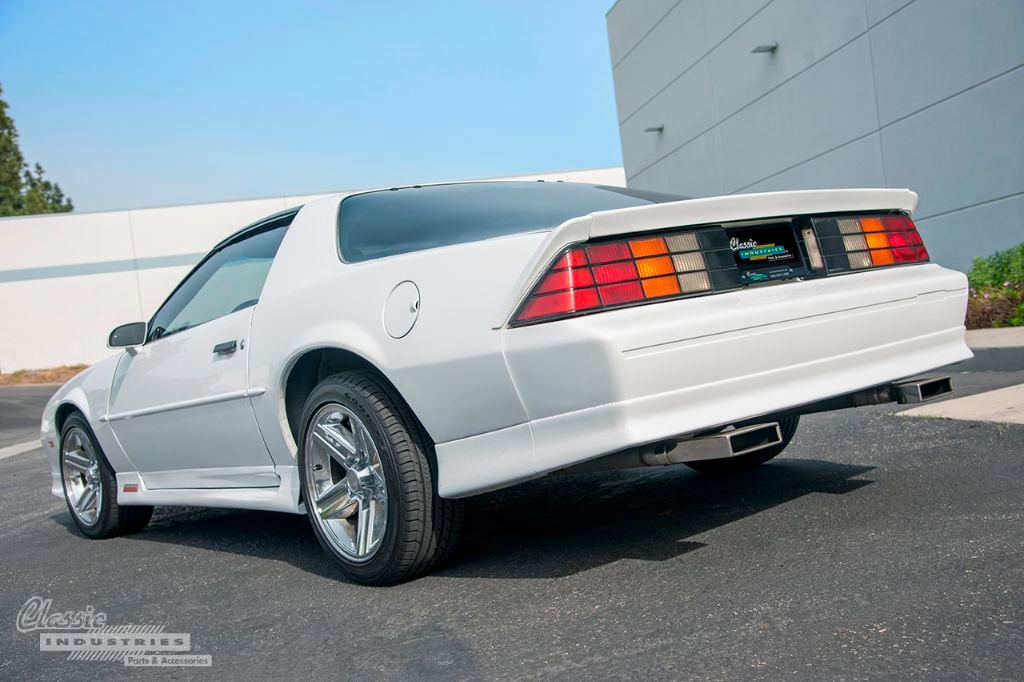 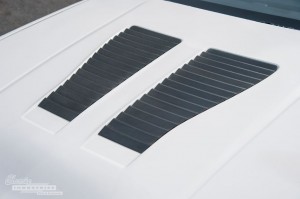 By now, you may have noticed that this 1991 Z28 is wearing a few earlier model Camaro parts. Several panels were missing from the car when it was recovered from the theft, including the original hood and Z28 aero-wing rear spoiler. So, Ismael decided to install a replacement hood with 1985-90 IROC-Z louver inserts, instead of the 1991-92 "blister" inserts. Also, instead of replacing the 1991-92 Z28 rear spoiler, he picked up a sleek new 3-piece Camaro spoiler. The car wears a set of earlier-model chrome IROC-Z wheels, too, but its sculpted aero kit is correct for a '91 model.

Under the hood, the car's original 305ci V8 was yet another casualty of the theft. Ismael made the best of this situation, and used the opportunity to drop in a fresh 350ci motor and automatic transmission. Finally, the car was topped off with a fresh coat of gloss white paint. Ismael tells us there's still lots to do in order to get the car just right, but it's certainly looking a lot better now than it was a year ago. We commend him for sticking with the project against all odds. The thieves tore most of his car apart, so he decided to put it back together—and add a few upgrades at the same time.

If you've got a classic Camaro that you're restoring, hit the button below to get a free parts catalog from Classic Industries. We've got everything you need to make your car look brand new again.