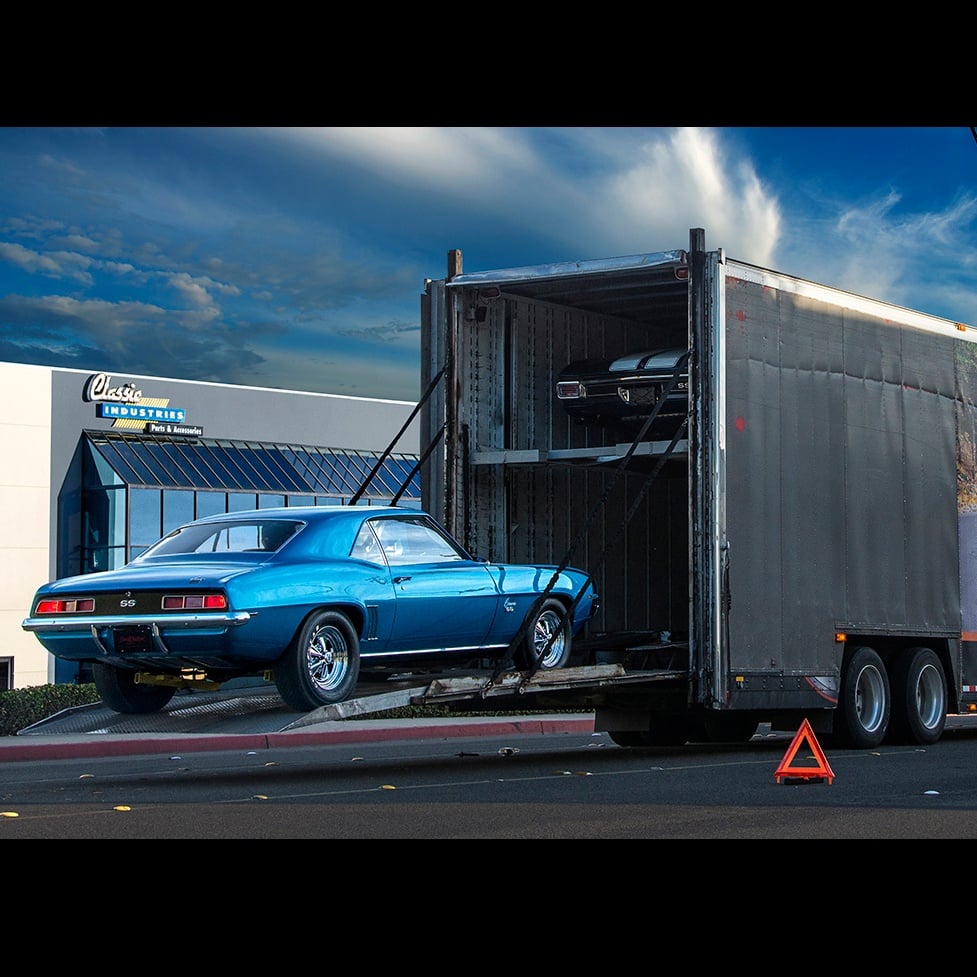 From Barrett-Jackson in Scottsdale, Arizona, to Classic Industries in Huntington Beach, California

For enthusiasts, a car's story can be more important than the car itself. Whether it’s spending memorable moments in the garage with dad, date nights and cruise-ins with that special someone, or highly-embellished tales of well-earned race victories, a car with a unique history becomes much more than mere transportation, it becomes the main character in its own story. The latest addition to the Classic Industries collection, a unique 1969 Camaro built by one of the greatest legends in drag racing, is a character with its own unique history. The story begins with John Penso, part of the Flying Dutchman funny car crew and close friend of drag racing legend “Mr. Chevrolet” Dick Harrell. When Penso wanted a fast car for the street, but couldn’t find anything fast enough, he knew Harrell was the man to see. Penso made arrangements to fly to the Dick Harrell Performance Center in Kansas City, Missouri and drive a 427-powered 1969 Camaro back to his home in California. 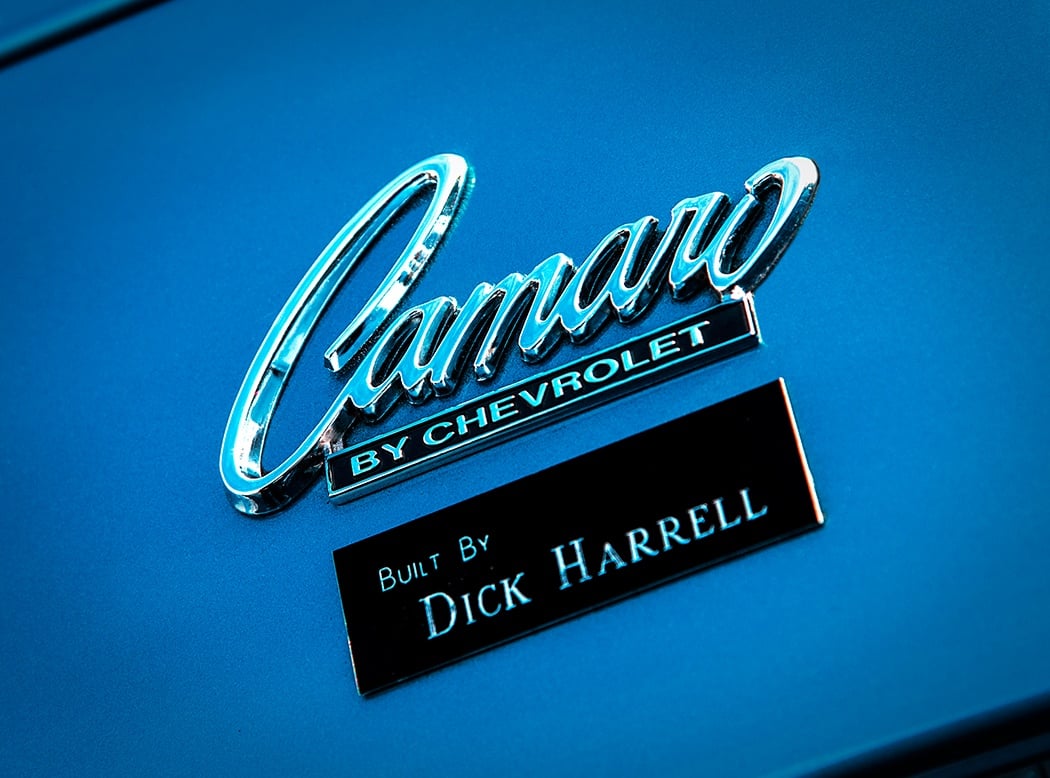 In addition to Dick Harrell’s signature tweaks, this Camaro contained a handful of parts in the trunk for Penso to install after the trip back to California, including a set of 4.56 gears, slapper bars, and a camshaft from the legendary ZL1 which Harrell had a hand in co-developing with GM. The Dick Harrell badges were placed in the glove box to prevent other racers from figuring out what might be under the hood. Over the years, this Camaro’s documentation had been lost and its pedigree had come into question until it crossed paths with Dick Harrell’s daughter, Valerie. As the architect of the modern Dick Harrell Performance Center, Valerie Harrell had painstakingly organized her late father’s original records and was able to prove that this Camaro, VIN# 124379N580930, was indeed the car that her father built for John Penso. 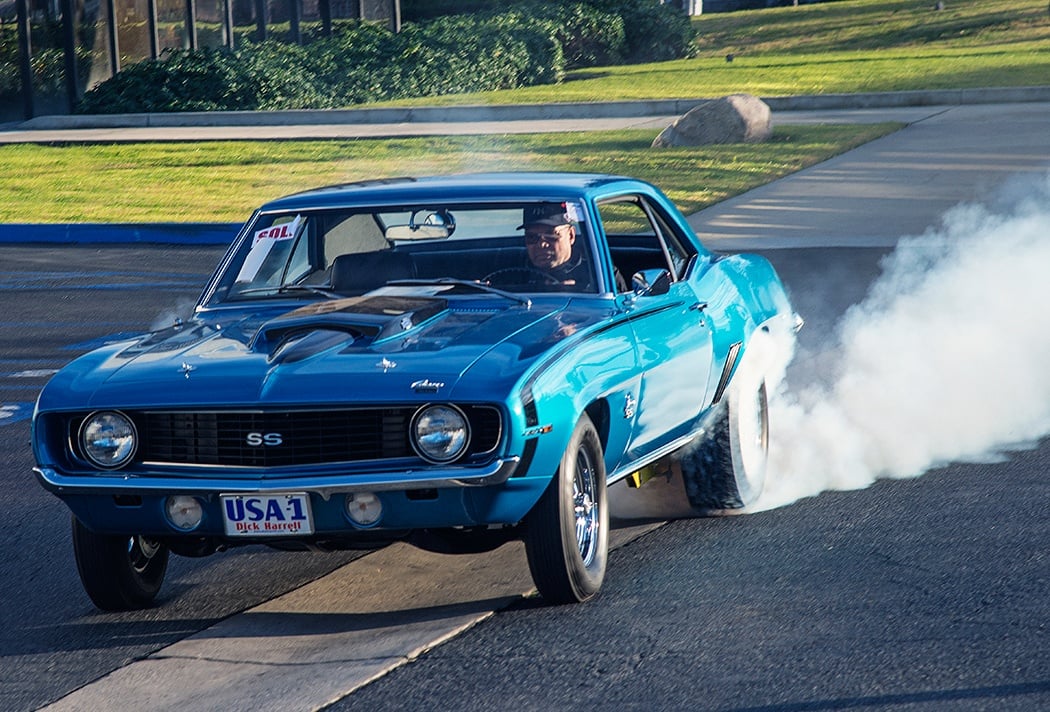 Eventually, the car was treated to a professional restoration that included a variety of reproduction parts, including many offered in Classic Industries’ own Camaro catalog. When this Camaro finally crossed the block in Scottsdale, Arizona at the Barrett-Jackson auctions in early 2013, Classic Industries founder and CEO, Jeff Leonard bid on, and went on to win this extraordinary part of muscle car history. Leonard, who currently owns a variety of low-production classic vehicles, isn’t one to be impressed easily. 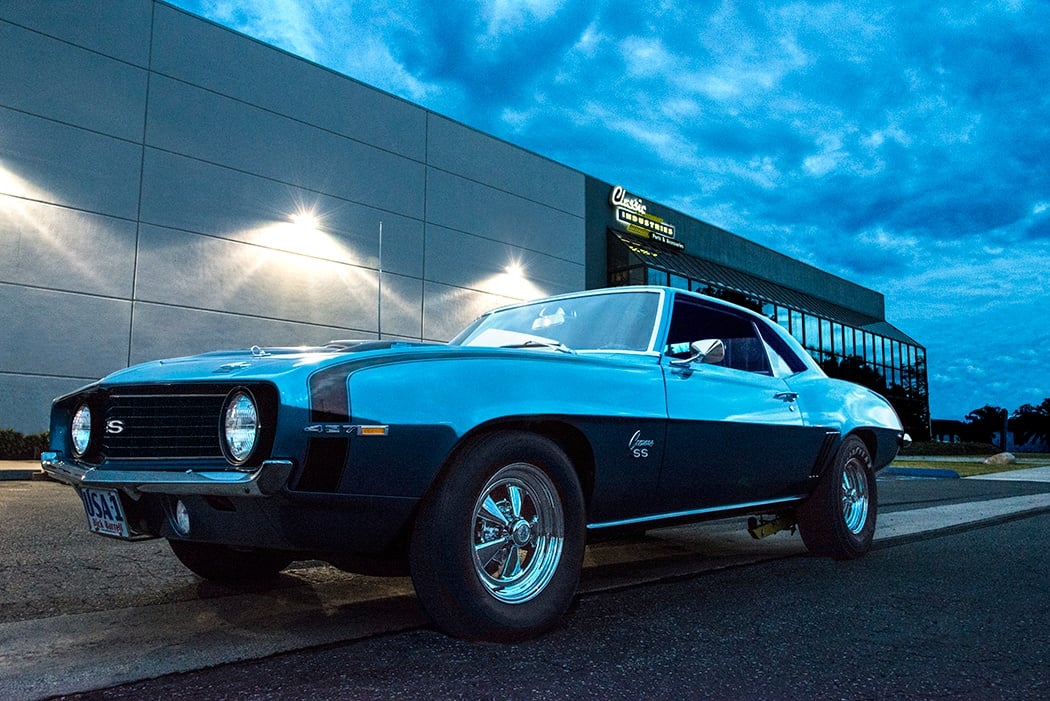 This 1-of-10 Camaro will be part of a rotation of cars on display in the Classic Industries showroom.

“When I first came across this rare 1-of-10 Dick Harrell 427 Camaro at Barrett Jackson, I knew it was a unique opportunity,” Leonard said of the car. "This Camaro is one of the most recognizable and sought after vehicles from the golden era of muscle cars. Having been built by one of the foremost innovators of his day, this Dick Harrell supercar is surely one that any hobbyist would want to see. It will take its place as one of the most distinctive vehicles within the Classic Industries collection.” 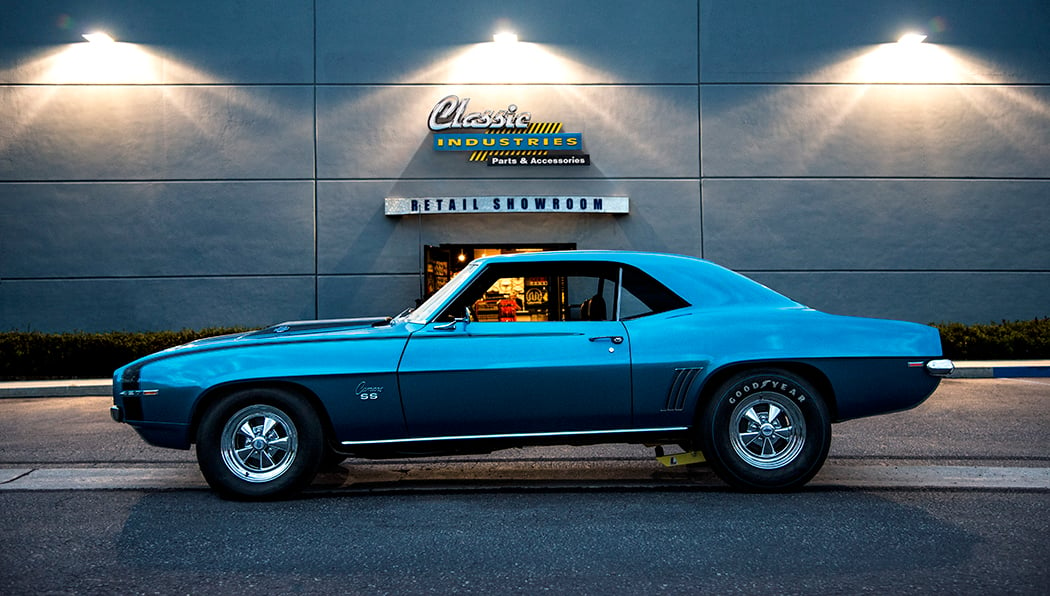 The latest addition to the Classic Industries collection.