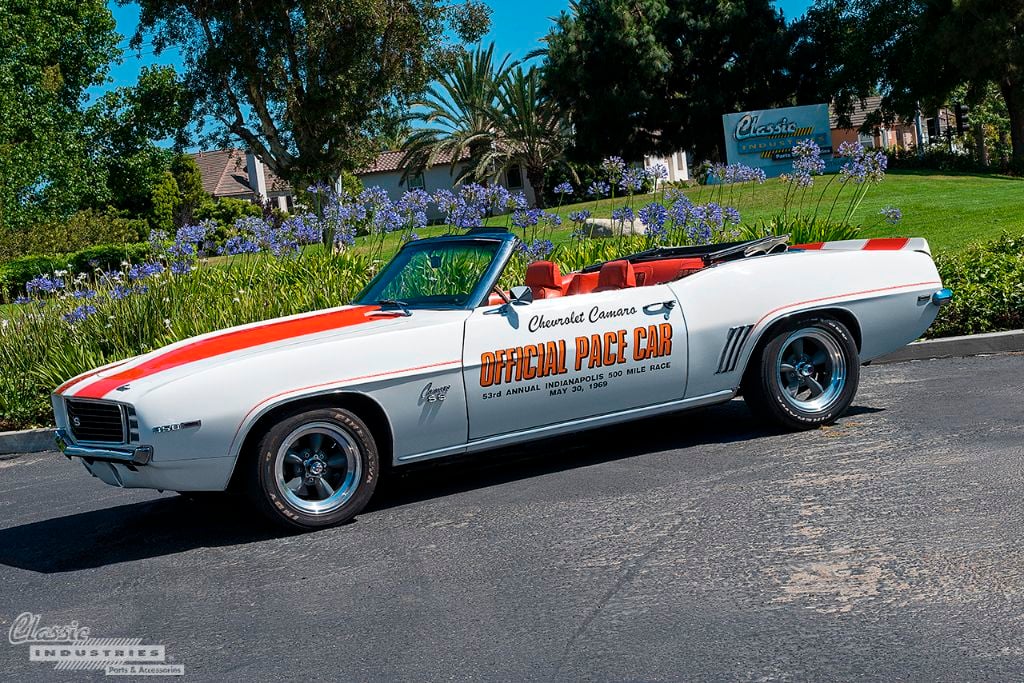 Here at Classic Industries, we're always pleasantly surprised to meet classic car enthusiasts from outside the US. Of course we know that most Americans appreciate vintage muscle cars like the Camaro, but it's nice to see the popularity of these cars is growing overseas, too. Lately, it's becoming more common to meet car guys at our showroom from places like Sweden, Norway, Australia, and the UK. And, just like us, they are passionate about restoring and preserving classic American cars. The love of classic muscle cars is certainly becoming a global phenomenon. 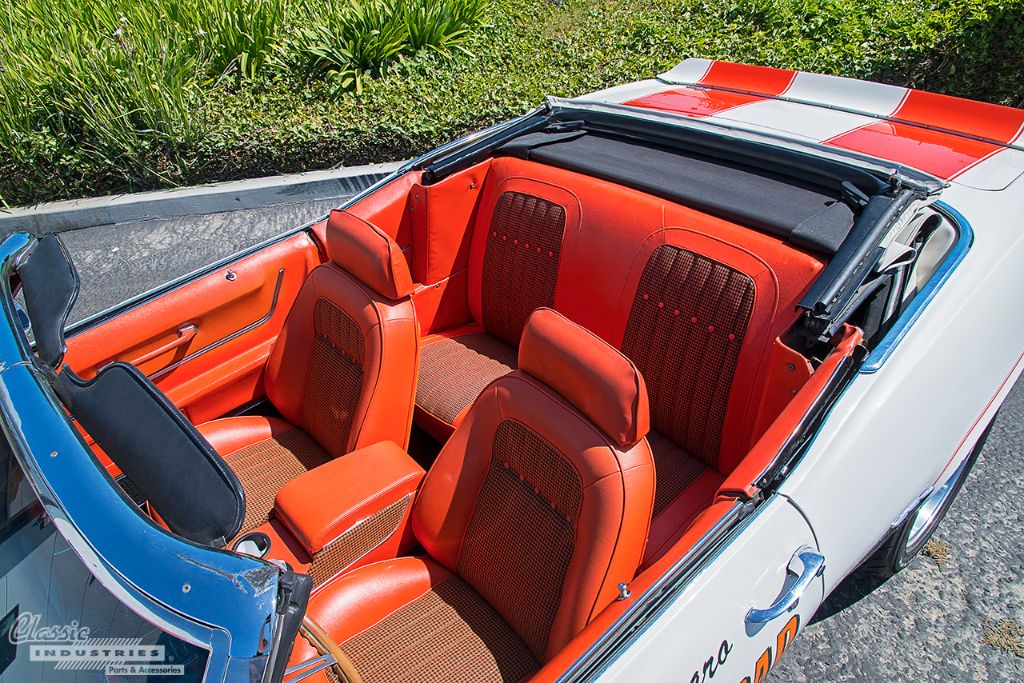 Recently, we saw this beautiful 1969 Camaro SS Pace Car pull into our showroom parking lot, and we walked out to investigate. We soon met the car's owner, Frank Langbein, and noticing his accent, inquired where he was from. Frank came to California all the way from Munich, Germany, and tells us he owns several classic cars, both here in the US and in his home country. Frank bought this particular Camaro five years ago in Las Vegas, along with a 1967 Corvette Sting Ray. 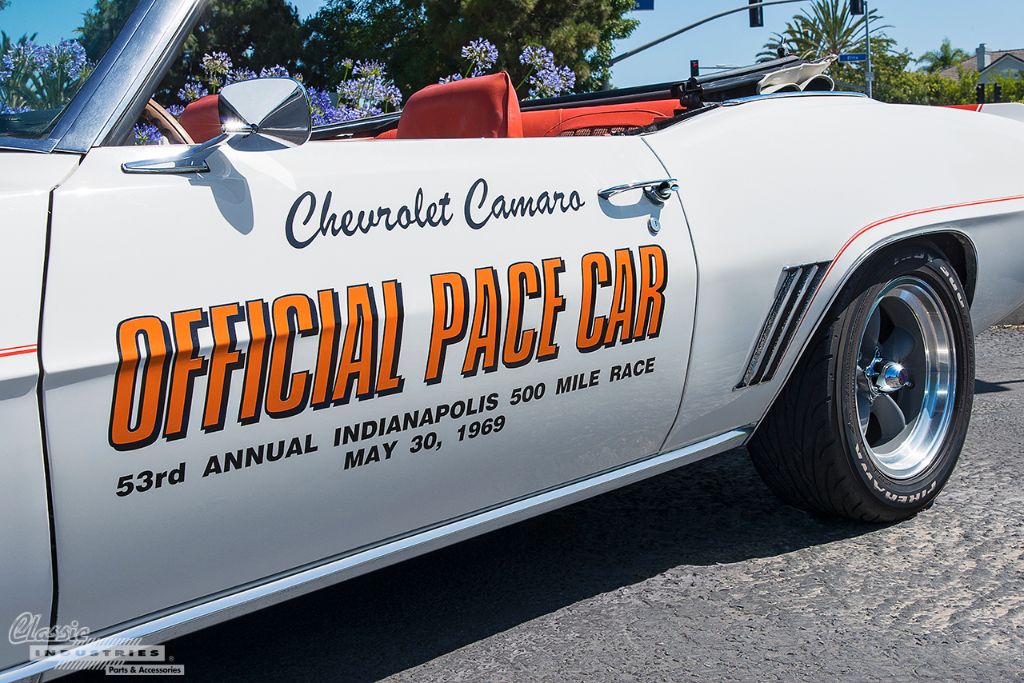 Here's a little backstory on the 1969 Camaro Pace Car, for those not familiar. In 1969, the Camaro was chosen to act as the pace car of the Indianapolis 500, driving laps of the track in front of the race cars before competition began. Two special edition cars were created by Chevy for this purpose—the actual pace car, and a backup car—using white convertible RS/SS models with eye-catching Hugger Orange Z28 stripes and orange houndstooth upholstery. Later, replicas of this design became available to the public under RPO code Z11. Only 3,675 cars were produced with this option, and the Camaro seen here is one of them.

In addition to the distinctive Z11 package, this Pace Car has been upgraded with a few aftermarket components. American Racing Torq Thrust wheels add an aggressive look, and the 350ci V8 under the hood has been modified with MSD ignition, an Edelbrock four-barrel carb, and other performance parts. Otherwise, the car remains a nicely-restored example of this limited-edition package. 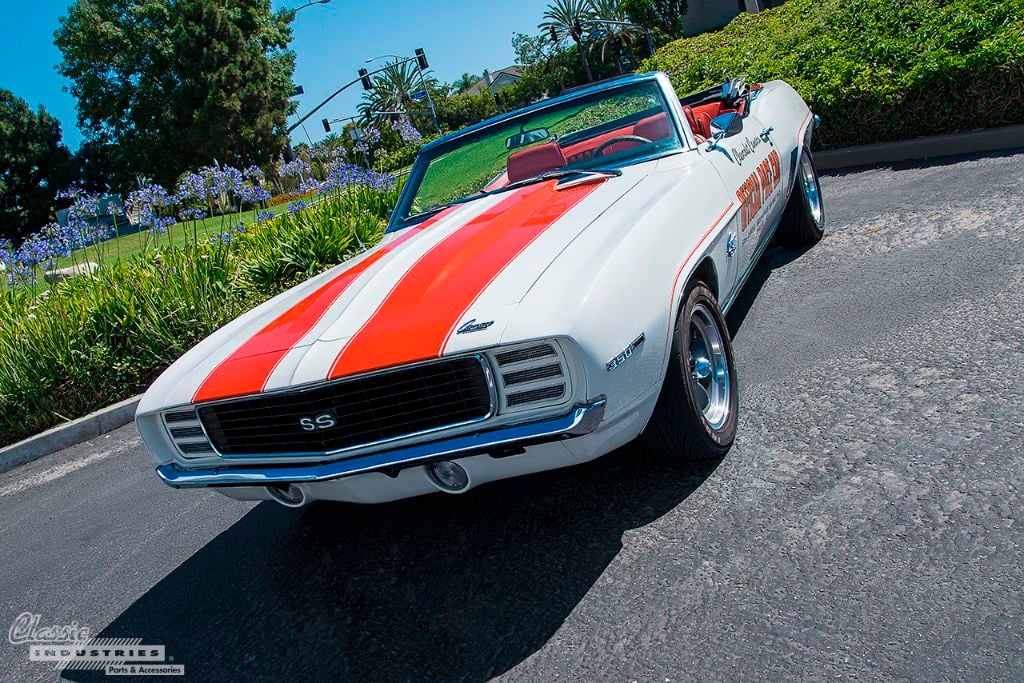 It is easy to see that Frank loves this car, and it's good to see foreign customers sharing in the hobby that we enjoy so much here in America. Frank tells us his American cars really stand out among the many Volkswagens, BMWs, and Mercedes of his home country, and that's the way he likes it. We can't even imagine how many heads he'll be turning once he brings this '69 Pace Car to Germany someday.

If you've got a classic Camaro, Classic Industries has all the parts and accessories you need to restore it to showroom condition. Click here for a free parts catalog for your car.